Free Basics and Net Neutrality in India: A Blessing? 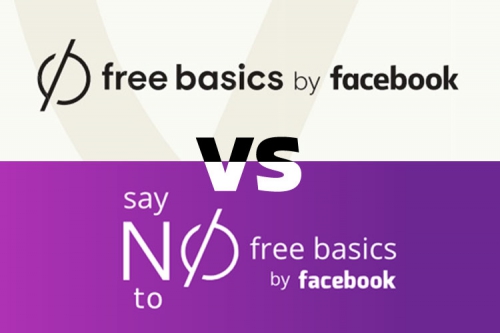 In every society each person requires some basic services which makes life comfortable and these basics are expected to be accessible to all. For example, we have a provision of free elementary education in India, according to which every child deserves to go to school, then the free basic healthcare facilities. In this century, every person should also have access to information that can help them use all other public services that they deserve. That is why it is argued that every person deserves the right to equal basic internet facilities in order to ensure that everyone has access to equal opportunities.

Free basics will provide some access- a limited set of what the web has to offer- to those who currently have none. Free basics is Facebook’s non profitable initiative which aims to bring internet connectivity to the unprivileged people in developing regions. Under this, Facebook is said to offer a range of services to thousands of users. The idea behind net neutrality is treating all sites equally in order to give everyone an equal chance of growth and rejecting the idea of monopolies. However, some enthusiasts in the country are encouraging users to discard this initiative.

Internet facility is one of the growing necessities of 21st century as it plays an important role in all fields. Free basic internet facilities can help people access to jobs, education and communication. Due to the lack of a strong financial background, many students, especially in rural areas are deprived of the benefits gained from the use of internet. Internet provides information on various fields in vast which helps students in better understanding of the concept. It helps in completing assignments in a better manner. It also provides a base for online virtual classes to the students and a platform for clearing their doubts. Above all, internet provides e-books which can prove useful to those students who don’t have access to the hardcopy of those books.

Basic internet facilities would also prove a boon to the farmers. They can easily get information about the weather and sow their crops accordingly. This would decrease the risk of crop failure and hence would finally increase their profitability. Farmers can also look up for the fair prices of their crops in the market. This would protect them from selling their crops at a lower price and also keep them aware of the market policies related to their produce. Farmers can also draw benefits from the knowledge of new production tools and apparatus that would lead to an increase in their production.

Internet provides a good platform of connecting people through WhatsApp and Facebook. One can easily communicate to ones friends and relatives miles away. Media can be shared through these apps which provides a sense closeness. Internet also provides cheaper mode of communication through these apps as compared to communicating via phone call or SMS services. If basic internet services are provided to people then a large number of people can communicate to their relatives who usually fail to do so due to high communication charges.

From office to schools, from business person to college students everyone needs to send files to the party in need. Internet here plays an important role in sharing files within few minutes through various mail services like Gmail, Yahoo mail, AOL, Hotmail etc. Internet saves time and money of people by various facilities like internet banking. Through this, people can deposit any bill, transfer money through accounts and make internet reservations on time from home. If basic internet services are provided to everyone then there would be no space left for the mediators who exploit the people by charging high transactional charges.

People often use internet to sell their products online. Free internet would prove a helping hand to small scale artisans as they would be able to sell their products on a big platform at reasonable prices, as a result of which their business would grow. Providing a big platform for sale of products would also enhance their creativity as they would come to know about the tastes of people and act accordingly.

Net neutrality is required to shape the internet. The main question before us is that what exactly is net neutrality? It can be defined as an idea that demands internet service providers to provide an unrestricted and unfiltered internet services. It shapes internet in two ways: the first being a kind of freedom that allows web users to connect to whatever they want. This means that ISPs don’t bother what kind of content is flowing from their services. As a result, internet grows into a truly global network where people are free to express themselves. People can even criticize their ISP and the ISP will not restrict any flow of such criticism. The second is that net neutrality enables a level playing field on internet. Now, one doesn’t need a lot of money and connections to start a website. This also means that one need not ask ISPs to put your website online.

In the absence of net neutrality, ISPs could demand charges from companies for services like YouTube, just because such websites consume more bandwidth as compared to normal websites. Without net neutrality, the internet would not exist the way it exists now. Instead of free access, ISPs could start package plans for consumers. For example, pay Rs. 500 and get easy access to Indian based websites and to access international websites, pay extra money. Or maybe there could be different connection speeds for different types of contents.

It could also be possible that ISPs start charging extra from the companies on the consideration of providing high speed internet and those who don’t pay the extra charges would have to face slow speed. Without net neutrality we would face a situation where internet would become a source of extra profits for ISPs. This would severely hinder the smooth access of websites.

Free basic internet would be a boon to those people who fail to draw benefits from the information that internet provides. They could then easily browse various search engines like Google, Yahoo and find whatever information they want. People would also love to browse websites like Wikipedia which is a complete encyclopedia on internet. This would make them technologically smarter. Basic internet facilities should be provided in India along with the maintenance of net neutrality because this would provide benefits to those who are left unbenefited of these services due to lack of medium and resources and hence this would ensure equality of opportunities among people of different sections.

Previous articleAll you need to know about the Green Tribunal Act, 2010
Next articleSavitribai Phule – an immortal and unsung ‘Hero’ of India