Savitribai Phule – an immortal and unsung ‘Hero’ of India 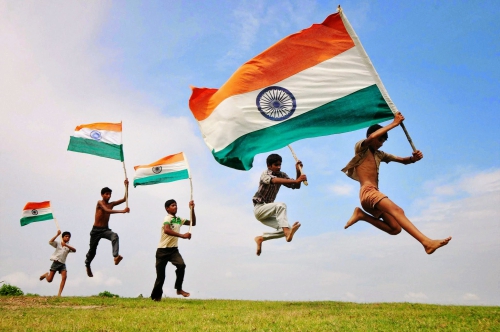 This Republic Day let’s think about something that has been a burning issue in the country for quite some while. The law in our country has banned several brutal social taboos and practices, which were a shame to humanity in ancient India. Thus, people who live in their own little bubble would say today, after having gained knowledge about these laws that the condition has improved in India. Because look!, there are such strict laws regarding anything and everything. But is that really the true condition? Is the real India really like the legal India existing in our legal books? Are we even aware about what the condition was before these laws were even made? Can we even proudly say that these laws have justified the sad and brutal condition and existence of, well I wouldn’t say men, but rather obviously, the women and the Dalits – the untouchables?

India has seen or rather, I should say, continues to see, such demonic situations and environment of such brutal plight of the people, be it in urban or in rural India, who are not even given the status of pure human beings living with a certain dignity, let alone treating them even as a member of the very society of which all are a part. But, which demonic situations or acts are we talking about here? Well, the Acts and the stupid – idiotic beliefs of ‘naming’ some people as Dalits, the untouchables. The act of being afraid even at the slightest sight of them. The act of secluding them from the society. The act, rather the cruel evil act, of not even allowing them to drink the water from the so-called common ‘public’ well. The act of not allowing them to enter at common places such as that of ‘mandirs’ or holy temples. And it doesn’t even end here. The situation even becomes more grievous when we would look at the brutal treatment of the women in our country. What about the act of dreading at even the slightest thought of having a girl child born in the family? What about the belief of forcing all the widows to go bald? What about female infanticide as well as female foeticide? What about the belief that if the women were given the chance to go to school, to become educated, the society would diminish, or rather get polluted?

All these idiotic social beliefs were at their highest peak in the ancient period of India. That was a time when India was under the capture of the Britishers. But what about the capture that these stupid beliefs had had over the people of India which still continues to exist even today? It was a time when the national freedom fighters were telling everyone to raise their voices against a free India, free from the colonial rule. But what about that freedom, which certain people desired even in a free Bharat? A freedom of living with the basic dignity of being born as a human? A freedom from the injustice that was faced by the women and the Dalits? Such was the desire of all these people, who deserved all these not as their mere wishes but, as their basic rights. But these people were afraid to raise their voices for their own human rights. And so they agreed to these norms, rather than protesting against them.

But, there was one, who raised her voice, at the time of that era when no one else even dared to speak on such issues. She took matters into her own hand because she believed in a better India. And yes, I agree with Dr. B. R. Ambedkar when he says, that our Teachers Day should rather be celebrated on her birth date. She was a pioneer. She was Savitribai Phule.

India’s first lady teacher. A woman, a Dalit herself, who did all that she could for women education. And it therefore even makes sense to celebrate Teachers Day on her birth date January 3, because she also happens to be the person, who along with her husband, had started India’s First all-girl school in Pune to encourage education for girls – an idea which was looked down upon by almost all the people at that time. Being married at the age of 9 years old, she was also against the idea of child marriage and the discrimination against women, particularly widows including child widows. And her husband, Jyotirao phule, himself supported her in raising voice against such malpractices and bringing a change for the betterment of such people. Savitribai didn’t agree with the idea of women going bald after the death of their husband. Which is why she led the strike against the barbers, against the chopping off of all the widows hair.  Also, she started the ‘Mahila Seva Mandal’ for the empowerment and education of the women especially the widows and their rights[1].

Not just for the rights of the women, but she and her husband also did a lot, beyond their capabilities, for the betterment of the Dalits. At the time when people were cruel to the untouchables and didn’t see them as the members of the society, Savitribai and her husband, helped them and even opened a well in their own home , just for the use of the Dalits as they weren’t even allowed to take drinking water from the public well. Such was the cruelty of the society towards the untouchables, because of which they were forced to do jobs like that of cleaning the sewage etc.

But, Savitribai and her husband were strictly against the issue of caste system and did a lot of things to remove it even before the national leaders did anything. Not just that, they also wanted to change the lives of those widows who got raped and as a result became pregnant and hence resorted to different ways of committing suicides. Once, Savitribai herself saved a young pregnant widow named ‘Kashibai’ from suiciding and gave her shelter at the time of immense need. Not just that, Savitribai and Jyotirao, both of them even adopted the new born child and brought him up as a well-educated son who later went on to become a doctor.[2]

It is a known fact that when someone dies in a family, only a man is allowed to perform the last rituals. However, Savitribai shocked everyone when she broke this social belief and taboo, and herself performed her husband’s last rituals. When the plague overtook in Pune, Savitribai, and her doctor-son offered help to everyone irrespective of their castes or gender, in their very own clinic. However, Savitribai died on 10th march 1987, when, while serving a patient, she herself became infected with the disease.[3]

Even though Savitribai Phule died that day, she became immortal in the hearts of hundreds of people whose lives were changed by Savitribai and her husband. Even after this fact, why aren’t the children in this country taught about both of the pioneers’, their works, sacrifices and their achievements? Isn’t this fact a lot disturbing that, while our social – studies books are filled with works of various national leaders like Nehru ji and Gandhi ji, little is talked or even mentioned about the unsung national hero of this country – Savitribai phule?

Many people are not even aware about the fact that recently in 2015, the ‘University of Pune’ was renamed as the ‘Savitribai Phule Pune University’. People also do not know that India’s first ‘Infanticide Prohibition home’ was also started by her. In 1998, the government of India launched a postal stamp of Savitribai for her commitment towards welfare and upliftment of the women and the untouchables in this country. An award also has been instituted known as the ‘Savitribai Phule Puraskar’, given to those who have been doing tremendous work for women education, their empowerment and other social issues, by the government of Maharashtra.[4]

Savitribai gave a lot of importance to education not just for women but also for the Dalits. She believed that everyone has a right to be educated and also wrote many poems on education, women empowerment and the plight of the untouchables in this country. Her poems which reflected the true condition and plight of the people, enabled Savitribai to become the first women in the country to be recognised during the British rule for her poems. Such was the life and contribution of our national hero – Savitribai.

Well, I would say that even today, India is not completely free from these social evils but various laws have come up during the years for various crimes against the women and even the untouchables. Acts such as the ‘Scheduled Castes and Tribes (Prevention of Atrocities) Act, 1989’, ‘Protection of Women from Domestic Violence Act, 2005’, ‘The Dowry Prohibition Act 1961’, (amended in 1986) and ‘The Prohibition of Child marriage Act 2006’ etc. are only a few of those many laws enacted for the betterment of the women and the untouchables in India.

But, since these social evils and problems continue to exist in some parts of our country, then it is our duty to understand well that only the enactment of such laws and acts is not enough because they clearly haven’t proved to remove these evil taboos from the society. Where we lack is in the timely and proper implementation of these laws. And we can’t just blame the police service or the Government of India for this. But, it is our responsibility also, to ensure that all the people around us are made aware, not just regarding the above laws but also towards the unknown national heroes and legends in themselves, like Savitribai Phule through the teachings in school and awareness programs, workshops etc. As I have already mentioned before regarding Savitribai Phule’s works and beautiful poems on such issues, I don’t think there would be a better way to end this article by a famous poem by Savitribai Phule herself.

The perpetual service of the Brahmins,

Became the plight of the Shudras.

Looking at their condition,

The heart screams its protest,

The mind blanks out,

Struggling to find a way out.

Education is the path,

For the Shudras to walk,

Freeing one from an animal-like existence.”[5]

Previous articleFree Basics and Net Neutrality in India: A Blessing?
Next articleGood Samaritans Will Now be Protected: Govt.