All you need to know about the Green Tribunal Act, 2010 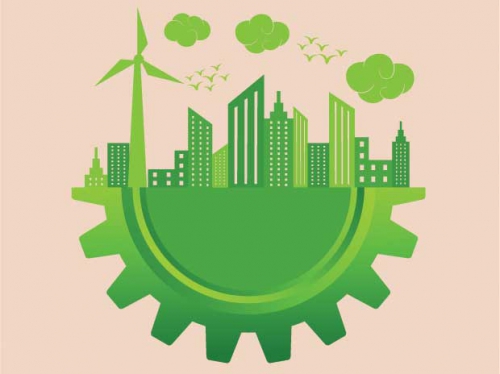 The environment is the key to satisfying all of human needs. It can be stated with surety that there will not exist a society without the environment. Right from the most important human necessity, which is food to the smallest and even the least important necessity, everything is derived by us from the nature. Yet, despite extracting so much from it, human greed seems to be everlasting always wanting for more. This leads to the brutal disrespect and destruction of the environment which is unacceptable. It is argued that in order to save the environment from more destruction, people responsible for it must be punished accordingly and brought to justice. For this very reason, the Parliament of India took up the initiative of passing the National Green Tribunal Act in 2010.

The National Green Tribunal was established on October 18th, 2010 under the National Green Tribunal Act 2010, which was passed by the Central Government. The main purpose of establishing such a tribunal was to provide a specialized forum for the effective and speedy disposal of trials relating to environmental issues, forest conservation and for seeking compensation for damages caused to people or property due to violation of environmental laws or conditions specified while granting permissions. The Green Tribunal Act of 2010 was enacted under India’s constitutional provision of Article 21, which provides for the right to healthy and safe environment.

The Act of Parliament defines the National Green Tribunal Act, 2010 as follows,

“An Act to provide for the establishment of a National Green Tribunal for the effective and expeditious disposal of cases relating to environmental protection and conservation of forests and other natural resources including enforcement of any legal right relating to environment and giving relief and compensation for damages to persons and property and for matters connected therewith or incidental thereto”.

Following the enactment of the said law, the Principal Bench of the National Green Tribunal has been established in the National Capital – New Delhi, with regional benches in Pune (Western Zone Bench), Bhopal (Central Zone Bench), Chennai (Southern Bench) and Kolkata (Eastern Bench). Each Bench has a specified geographical jurisdiction covering several States in a region. There is also a mechanism for circuit benches. For example, the Southern Zone bench, which is based in Chennai, can decide to have sittings in other places like Bangalore or Hyderabad.

The Chairperson of the National Green Tribunal is a retired Judge of the Supreme Court, Head Quartered in Delhi. Other Judicial members are retired Judges of High Courts. Each bench of the National Green Tribunal will comprise of at least one Judicial Member and one Expert Member. Expert members should have a professional qualification and a minimum of 15 years’ experience in the field of environment/forest conservation and related subjects.

This means that any violations pertaining only to these laws, or any order / decision taken by the Government under these laws can be challenged before the National Green Tribunal. Importantly, the National Green Tribunal has not been vested with powers to hear any matter relating to the Wildlife (Protection) Act, 1972, the Indian Forest Act, 1927 and various laws enacted by States relating to forests, tree preservation etc. Therefore, specific and substantial issues related to these laws cannot be raised before the National Green Tribunal. One would have to approach the State High Court or the Supreme Court through a Writ Petition (PIL) or file an Original Suit before an appropriate Civil Judge of the taluk where the project that you intend to challenge is located.

Principles of Justice adopted by The Green Tribunal

While passing Orders/decisions/awards, the National Green Tribunal will apply the principles of sustainable development, the precautionary principle and the polluter pays principles.

However, it must be noted that if the National Green Tribunal holds that a claim is false, it can impose costs including lost benefits due to any interim injunction.

The National Green Tribunal since its inception has taken various steps in order to reduce the menace of pollution and other activities adversely impacting the environment. Some of the recent steps by the tribunal include order of banning diesel vehicles older than 10 years in the national capital along with ban on burning of solid waste. These steps have been taken owing to the rising pollution levels which is evident from the list of most polluted cities where the national capital stands on the top. Other examples includes cancellation of coal block clearance in Hasdee-Arand forests overriding central government’s decision, Sterlite case and Meghalaya rat hole mining.

However despite various proactive support being taken by the tribunal the pollution levels has been continuously rising over the years. This is due to lack of effective support from government both at the centre as well in states. Inefficiency of Central and State pollution control boards is another reason for it. This often results in delays in implementing the tribunal’s decision. Without adequate support from the government side, the National Green Tribunal is unable to have a vigilance throughout the country due to its limited capacity and staff. Further despite solving a long number of cases, still there is a long list of pending cases in the tribunal which adds to the problem. Lastly the tribunal is not having suo-moto powers which also restricts its ambit in the area of environment.

Previous articleDomestic Workers in India- Still Struggle for Recognition
Next articleFree Basics and Net Neutrality in India: A Blessing?