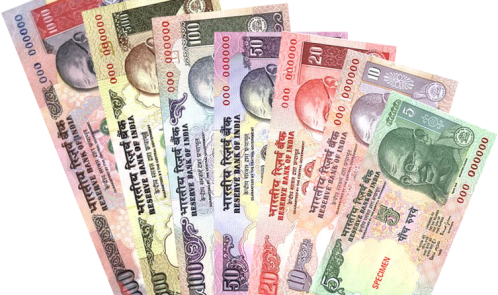 Each and every government needs to cater to its people and ensure that their finances are well secured. Only through a sound financial network can an entire nation’s economy thrive. The Government of India and indeed, India as a nation, is by definition a ‘socialistic’ country. We must care or we must at least pretend we care! Therefore, to ensure that we are in a position to secure our futures and to propel the nation towards greater economic prosperity the government has established, through various legislations, statutory authorities and the Central Bank, all of whom work in tandem to preserve and further our economic status.

In 1935, the then Indian Government established the Reserve Bank of India via the Reserve Bank of India Act, 1934 to Regulate the Issue of bank notes, maintain reserves to secure monetary stability and operate the credit and currency systems of the country to its advantage[3]. Today the bank is not only responsible for all that but it plays a key role in controlling India’s monetary policy. The monetary policy controls such intrinsic parameters as the Cash Reserve Ratio, the Statutory Liquid Ratio, the Repo Rate and the Savings-deposit Interests Rate of RBI[4]. Through these parameters, the RBI controls the flow of money in the economy which in turn determines credit flow and the liquidity of money.

The Indian Life Insurance Companies Act, 1912 was the first statutory measure to regulate life insurance policy. Later on, the Indian Insurance Companies Act, 1928 followed and in its wake followed the Insurance Act, 1938 and while the history of insurance goes way back to ancient India, it was in 1956 that the government established the Life Insurance Corporation after issuing Ordinance to the effect of nationalizing the whole sector[5]. It was only after economic liberalization in the 1990s that the monopoly of the government on the insurance sector was broken through and foreign and domestic investors allowed entry to the sector.

Moving on from the banking and insurance sectors, the securities sector is of as much importance as any other. There are many classifications of securities for example – equity such as stocks, derivatives such as swaps and debt securities such as government bonds[6]. The Securities Contracts (Regulation) Act, 1956 was passed by the parliament with the scope of “preventing undesirable transactions in securities by regulating the business of dealing,…”[7]. The Act stood as a broad and encompassing piece of legislation. Yet, there was a need for not only providing statute but also establishing a body to enforce and uphold the financial laws. Therefore, as part of the liberalization process, the Indian Government enacted The Securities and Exchange Board of India Act, 1992 whose scope was to “provide for the establishment of a board to protect the interests of investors and to promote the development of, and to regulate, the securities market and for matters connected therewith….”[8].

The Planning commission of India formulate plans for the most effective and balanced utilization of the country’s resources[9]. The planning commission is responsible for the five-year plans which are one of the characteristics of the long run fiscal policy of India. During the era of economic liberalization, foreign banks and investors were welcomed to come in and set up camp inside India and conduct their businesses. Indeed if one looks closely, the past few Five-year Plans have reflected the opinion that economic growth is of key importance[10]. This was the main reason for the passing of the SEBI act and also for the greater importance given to the RBI to control the monetary policy in India and also enabled it to enact rules and regulations upon banks. The Stock markets on the other hand are controlled by SEBI and the body is allowed to investigate, prosecute and enact rules[11] to better regulate securities within the Indian financial markets.

So what does all this bode for the current investment scenario in India? What are the levels of risk that the Indian markets pose to investors both foreign and domestic? According to the 2012 report by Ernst & Young, India is one of the more preferred destinations for investments. Due to the steady growth rate of the economy despite global slowdowns, an attractive set of demographic, an increasing opportunity for investment through increase in public ownership of listed firms, a booming real estate sector and overall security of the country’s economic and social well being. One of the other key issues was the availability of FDI and the subsequent de-regulation of Direct Investment control[12]. The government has indeed taken many steps to protect the limelight it has gained by ensuring the survivability of a favorable investment climate. However, critics of India’s position remain. But the report came out over a year ago and before a substantial drop in the GDP growth of the economy was revealed during the Budget 2013[13], threatening the investment outlook of India. The S&P rating for India remains a BBB- which indicates a negative outlook[14] and they refuse to change it, waiting instead for signs of economic recovery.

The Administration is trying to curb this negativity and risk in the investment atmosphere. The RBI is also doing all it can and it slashed Repo Rates and CRR rates, a move welcomed by the Confederation of Indian Industry[15] and the banks as well.

Due attention must also be given to past endeavors by the government to curb the risks associated with investing in India. One such move was to pass the SARFAESI act which stands for The Securitization and Reconstruction of Financial Assets and Enforcement of Securities Act, 2002. The Scope of this act is to provide for enforcement of security interests by a secured creditor without the intervention of a court or a tribunal[16]. The RBI has also issued guidelines in effect of this Act. The importance of this Act is realized in its unique remedy in the style of pseudo-arbitration without the intervention of the courts. Lastly, we must discuss the importance of the Debt Recovery Tribunals. Constituted under Recovery of Debts Due to Banks and Financial Institutions Act, 1993, debt tribunals have helped banks and Financial institutions to recover substantial parts of their non-performing assets and essentially bad debts that would otherwise result only in losses[17]. But this remedy was not without its shortcomings. The Aims of the SARFAESI Act and the Debt Recovery Tribunals are the same except for the route chosen to a remedy.

In this manner, the government has enacted legislation to try and protect the interests of investors. But the most important question is that are these measures nearly enough to inspire confidence in investors and reduce the risks associated with investing in India – a country which can be as unpredictable as it can be full of opportunity.

[3] The Reserve Bank of India, Brief History, available at http://www.rbi.org.in/scripts/briefhistory.aspx

[9] The Planning Commission of India, Functions, available at http://planningcommission.nic.in/aboutus/history/index.php?about=funcbody.htm

[11] Your Article Library, What are the main objectives of SEBI?, available at http://www.yourarticlelibrary.com/1068/what-are-the-main-objectives-of-sebi

[14] The Times of India, S&P rules out rating upgrade for India, available at http://timesofindia.indiatimes.com/business/india-business/SP-rules-out-rating-upgrade-for-India/articleshow/19882816.cms

Eklavya Dahiya
Pro-bono lawyer at Lex Do It, technology geek.