17 Things You Need to Know About the Railway Budget 2016 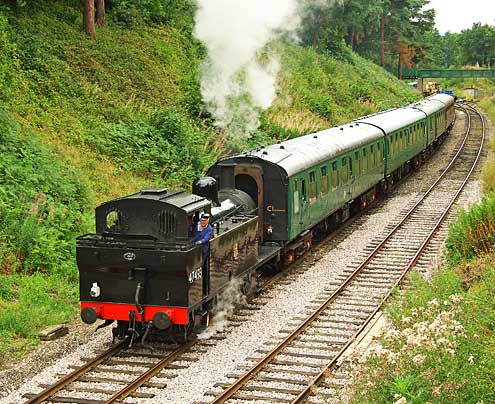 The term ‘Railway Budget’ is not mentioned in the Constitution. However, it works under Articles 112 and 204 of the Constitution. Article 112 states that the President would cause to be laid before the Houses, an annual financial statement. This statement would show all expenditure to be made from the Consolidated Fund of India.

In 2015-16, Railway Minister Suresh Prabhu reported that they were able to save Rs. 8270 crores from the budget estimate.

The Railways secured funding from the LIC. Also, it commissioned Broad-gauge lines and 1600 km of electrification. It has proposed to set up dedicated north-south, east-west and east coast freight corridors. It has also commissioned projects to improve connectivity to ports (such as Tuna, Jaigarh and Paradip), the North East including Assam, and Jammu and Kashmir.

It has also proposed setting up of two locomotive factories under the ‘Make in India’ scheme.

So far as Capacity building is concerned, transparency has been increased with the use of electronic platforms to procure works and award tenders. Internal audit measures have been advised. It has also entered into JVs with State Governments, with 6 MoUs signed.

One of the major ‘achievements’ was the ‘identification of’ the National Academy of Indian railways at Vadodara as first institution which would be upgraded to a full-fledged rail university.

A roadmap for the coming year was also noted:

I. For unreserved passengers,

II. For reserved passengers, a number of improvements were proposed –

III. To improve the ticketing process, a number of measures have been announced including:

IV. Cleanliness being a major problem plaguing the railways, a few major steps have been announced:

V. Catering and stalls at stations: IRCTC to manage catering services in a phased manner; explore possibility of making catering services optional, adding 10 more IRCTC operated base kitchens; to build local ownership and empowerment. Local cuisine of choice will be made available to passengers.

VIII. Also, it would offer optional travel insurance for rail journeys at the time of booking.

X. A new design for coaches (albeit with an odd acronym!) called SMART (Specially Modified Aesthetic Refreshing Travel). This design would ensure:

XI. Mr. Prabhu also announced a plan to integrate all functions into two mobile apps– one dealing with ticketing issues and the second for receiving and redressing grievances.

XII. Information boards and Pilgrimage Centres- Information Boards in trains would enumerate the on-board services and also GPS based digital displays inside coaches to provide real time information regarding upcoming halts. It would also take up on priority the provision of passenger amenities and beautification on stations at pilgrimage centres.

XIV. High Speed Rail: A Passenger corridor from Ahmedabad to Mumbai is being undertaken with the assistance of the Government of Japan.

Mr. Prabhu stated, “This is not my budget but this is a budget that reflects the aspirations of families in India…”