The Goonda Act of 1985 – A Nemesis to the Constitutional Spirit 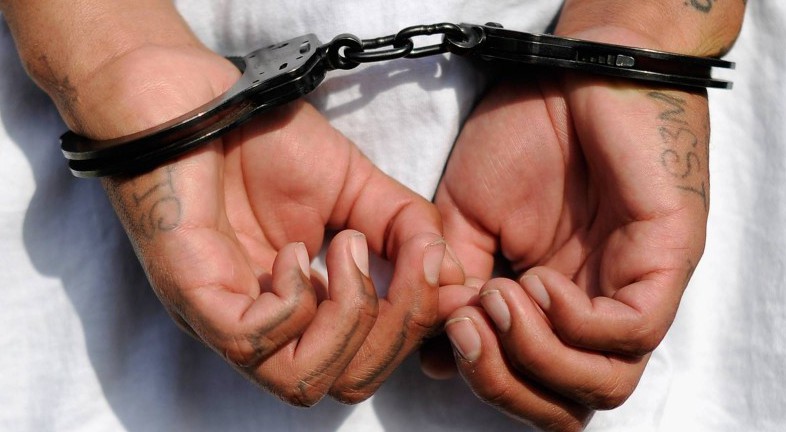 On the eve of September 11th 2001, the American economy as well as the entire nation suffered a blow to its heart. Four passenger airliners which all departed from airports on the U.S. East Coast bound for California were hijacked by 19 al-Qaeda terrorists to be flown into landmark buildings. Two of the planes, American Airlines Flight 11 and United Airlines Flight 175 crashed into the North and South towers of the World Trade Center complex in New York City. Within an hour and a half, both the 110-story towers collapsed, with debris and the resulting fires causing partial or complete collapse of all other buildings in the World Trade Centre complex, including the 47-story World Trade Center tower, as well as significant damage to ten other large surrounding structures.

The terrorist group which calls themselves Al-Qaeda took responsibility for the attacks which involved coordination and preparation on a large scale. Following the attacks there began to develop widespread anti-Islamic sentiment which propelled the Bush administration to take measures to bring the perpetrators to justice. A congressional majority supported the enactment of The Patriot Act in 2001 – the Act is notorious for being draconian in its functioning and stirred a wide-spread debate between ends and the means to justify them. For example – It gave law enforcement agencies power to adopt unconventional measures which questionably violates the American constitution and the rights of the citizens that would otherwise have raised more than a few eyeballs in the country. Fast-forward to 2015 – the intensity of The Patriot Act has been diluted with the passing of the USA Freedom Act in the early days of June.

A similar situation is seen to be developing in another part of the Globe. Shifting our focus to the South Indian state of Karnataka – the Karnataka Prevention of Dangerous Activities of Bootleggers, Drug-Offenders, Gamblers, Goondas, Immoral Traffic Offenders and Slum-Grabbers Act otherwise known as Goonda Act was passed in the year of 1985. Not unlike its American cousin, the Goonda Act has been in the limelight for its questionable provisions. According to Section 13, the maximum period for which any person may be detained , in pursuance of any detention order made under this Act for a period of twelve months from the date of detention.

The power to detain under the Goonda Act is enforceable under Section 3(1) according to which, “The State Government may, if satisfied with respect to any bootlegger or drug-offender or gambler or goonda or [Immoral Traffic Offender or Slum-Grabber or Video or Audio pirate] that with a view to prevent him from acting in any manner prejudicial to the maintenance of public order, it is necessary so to do, make an order directing that such persons be detained.”. Apart from this, the Goonda Act is highly restrictive on the freedom of speech – the 2013 amendments incorporated a number of offences that are under the purview of the copyright act.

After a preliminary analysis, the unconstitutionality of a large section of the aforementioned legislation becomes quite apparent. In one case it was deciphered that section 107 of the Code of Criminal Procedure is the origin of preventive detention laws in India. However in a 2011 judgement, the apex court has stated that, “The object of the Sections 107/151 Cr.P.C. are of preventive justice and [are] not punitive. S.151 should only be invoked when there is imminent danger to peace or likelihood of breach of peace under Section 107 CrPC. An arrest under S.151 can be supported when the person to be arrested designs to commit a cognisable offence”.

Nevertheless, the issue of what constitutes ‘imminent danger’ is one that remains unresolved. Owing to the varying interpretations of ‘public order’, the apex court in the case of Arup Bhuyan vs State of Assam made strides towards a more speech protective approach. Applying the ‘Brandenburg’ test for public order, the court placed limits on state interference with free speech to cases where there is an “incitement to imminent lawless action”.

The Goonda Act is also unconstitutional for its inclusion of ‘prior restraint’ which is antecedent to Anglo-American law since the 18th century. Justice Blackstone in 1765 wrote that; “The liberty of the press consists in laying no previous restraints upon publication.” Hence, one can observe that in order to be in consonance with the spirit of the constitution, a large section of the Goonda Act requires change. Par example; the issue of the definition of ‘imminent danger’ needs to be looked into and similarly, the notion of public order needs review. One can conclude that for progress to be initiated, the Karnataka legislative assembly must take a leaf out of America’s book by amending this outdated enactment.