Polygamy in Islam – Custom or Convenience? 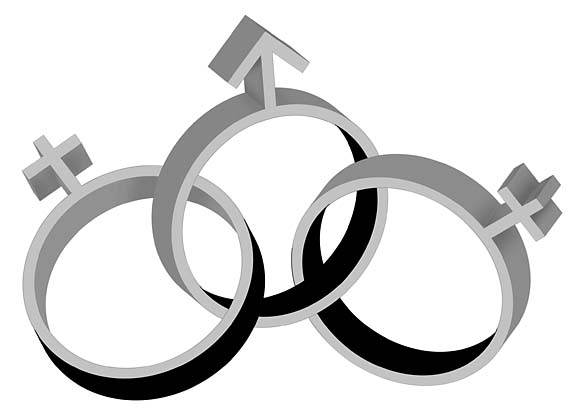 Islam is the youngest of the three monotheistic (belief in single god) religions across the world. The other two being – Christianity and Judaism. The origin of Islam can be traced back to the seventh century when Prophet Mohammed, in his fortieth year, started receiving divine revelations from Allah. This word of Allah is called the Revelation or Wahy in Arabic. Quran, the holy book of Muslims is a collection of such revelations.

Contrary to popular belief, polygamy had been a way of life even before it was mentioned in Islam. The holy Bible makes a fleeting reference to polygamy when it mentions the grandson of Adam and his two wives. In the earliest days of human history, when sexual relationships were unregulated, it was maternity alone which could be known. With the emergence of notions of ownership and possession, the human male was seized with the ideas of determining paternity. This could not continue if sexual promiscuity prevailed. Therefore, the union of a man and a woman had to be made exclusive which led to the evolution of the concept of marriage.

When Islam came on world scene in the seventh century, it adopted the existing system. Islam did not condone polygamy; it just restricted its extent to a maximum of four wives at a time. In a country like India, where personal laws of a particular religious community are adhered to in order to regulate issues pertaining to family matters, polygamy in Islam is very much permitted. Article 25 of the Indian Constitution guarantees Freedom of conscience and free profession, practice and propagation of religion as a fundamental right. On the other hand, Hinduism, the most prominent religion of India condemns bigamy (both polyandry and polygamy). The Hindu Marriage Act 1955 make a bigamous marriage void under Section 11 and Section 17 makes it a penal offence punishable under Sections 494 and 495 for both, Hindu males and females.

Chapter 4 of Quran mentions Bigamy in the following verses:

This verse plainly allows a man to have up to four wives.

Underscores that if a man is not able to treat multiple wives fairly.  He would therefore be unable to acquire more than one wife if this were a requirement – which it is not.

A disobedient wife can be replaced. A man can only have up to four wives, but he can rotate as many women as he pleases in and out of the lineup. Based on such verses, Muslim governments like Iran and Egypt have made it mandatory for a man to seek permission from the family court and prove the need for a second wife. The man wanting to conduct a bigamous marriage in such countries will also have to prove the ability of maintaining all wives adequately.

Polygamy is forbidden in almost all western nations. In spite of monogamy being the law of the land in such countries, adultery is rampant, divorce rates are high and children grow up in broken families with little or no legal rights pertaining to inheritance. It is illegal for non-Muslims in India to have more than one wife. In spite of this, many Hindus have multiple wives. Official reports brought out in 1974, almost two decades after the prohibition of Hindu bigamy, highlighted the shocking fact that polygamy among Hindus was higher than among Muslims (Adivasis: 15 per cent, Hindus: 5.8 per cent, Jains: 6.7 per cent, Buddhists: 7.9 per cent, Muslims: 5.6 per cent). The difference may appear insignificant but in real terms, it is huge — as many as one crore Hindu men had more than one wife, as opposed to just 12 lakh Muslims. In fact, according to the 2011 Census, 66 lakh women are still in bigamous marriages.

In a diverse and populous country like India, the desirability and need for such marriages (as provided for in The Shariat Act, 1937) is often questioned on moral as well as social grounds. One such question was on conversions to Islam which are feigned so as to be able to remarry.  In the case of Lily Thomas v Union of India, it was held that when a person converts to Islam, not with any real change of belief, but only to avoid an earlier marriage or to re-marry, the second marriage will be held null and void.

Religion is a matter of faith stemming from the depth of the heart and mind. Religion is a belief which binds the spiritual nature of man to a supernatural being. If the person pretends to have adopted another religion just for some worldly gain or benefit, it would be religious bigotry. In a landmark case in August 2015, the Supreme Court denied a Muslim man the right to have more than one wife and upheld his termination from employment for committing bigamy. The court observed that polygamy was not integral to Islam and the practice was not mandated by religion simply because it was permitted. .

In a catena of cases, the SC has held that the freedom of religion protects only those practices that constitute an “essential and integral part of religion”. Therefore, Muslim personal law can claim the protection of Section 25 only if it is established that marriage, inheritance and the other areas it covers are “essential and integral parts” of Islam. The basic idea is that Section 25 can only be evoked when there is infringement of the right to practice, profess or propagate a particular religion.