Summary of Adani coal mine case 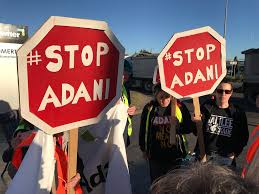 A decade ago, the Adani coal mine was proposed in Carmichael, Australia. Since the announcement of the project, it has been met by many protests and litigations. The opposition faced by the business house was by the on account of two reasons. The coal mine, can adversely affect Australia’s already fragile environment. The second concern is that group might not accurately report its operations and affects, given Adani’s long track record of business frauds.

The biggest cause of concern is the detrimental effects on the environment. The coal mine, over its lifetime will use 60 billion litres of groundwater. It poses threat to the aquifers of the Great Artesian Basin an important water source for rural Queensland. It will also dump polluted wastewater into the Carmichael River. It will threaten the Doongmabulla and Mellaluka ancient springs – 160 wetlands that provide permanent water during drought. The springs apart from being one of the last pristine desert oases in the world and are most important cultural site for the Wangan and Jagalingou Traditional Owners. Water experts say there’s an 80% chance Adani’s mine will drain the springs forever. [i]These concerns are just tip of the iceberg for the project. The commodity coal in it itself the biggest contributor to climate change.[ii] Adani’s coal, once burnt, will create up to 4.6 billion tonnes of carbon pollution. It would also encourage others to tap one of the largest unexplored coal reserves in the world, leading to more pollution.

Given Adani’s long history of history of tax havens and corruption means that they cannot be trusted with coal mines, something that capable of so much destruction. In 2011, after a three‐year investigation, the ombudsman of Karnataka found Adani to have been actively involved in large‐scale illegal export of iron ore.[iii] In August 2016, National Green Tribunal environmental court fined Adani nearly AU$1 million for its role in chartering an unseaworthy ship to transport coal. The tribunal held that the ship had sunk, spilling oil and over 60,000 tons of coal that destroyed mangroves and polluted beaches. The tribunal criticised the failure to clean up the spill for more than five years.  Again, in January of 2016, the NGT fined Adani Hazira Port Private Ltd, almost AU$5 million for undertaking development works at its port in Hajira without an environmental permit. These operations had destroyed mangroves and impeded the fishing activities of local communities by interfering with their access to the river and ocean. The tribunal criticised the company for having an “irresponsible attitude” and for failing to care about any “adverse impact on environment.” [iv]

Many people have filed cases against the project for aforementioned reasons. Adani Group has prevailed in all these cases and has recently been granted the permit to start operations.[v] Despite winning the legal battles, the Group has ultimately lost. The main purpose for excavating coal has itself been diluted. Adani planned to use export the coal to India and use it for thermal generation of electricity . However, in the latter half of the previous decade, India has reduced import of coal and has encouraged renewable forms of energy. Less demand and massive outrage due to protests has caused many banks previously willing to fund the project to withdraw leaving the company in a lurch. Currently, Adani plans to self-fund the project, a difficult task for the cash strapped company. The Adani group is estimated to start its operations by 2021. But, overall the future of Adani coal mine is uncertain. With the global and Indian demand for coal decreasing and less funds for the project, many experts predict a grim future for the company.