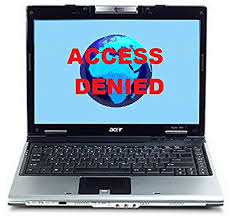 Th government exercise its power under Section 144 of CrPC to suspend the internet. Over the last year, the judiciary has emerged as harsh critic of arbitrary and unreasonable use of this power. In September, the Kerala High Court held that right to internet access is a fundamental right. As per the court, the right to have access to Internet is a part of right to education as well as right to privacy under Article 21 of the Constitution of India.[ii] On 10th Janurary, the Supreme Court invalidated the internet shutdown in Kashmir and held the right to freedom to access the Internet to be a fundamental right under Article 19(1)(a) – freedom of speech and expression.[iii]

The Supreme Court held that Section 144 of CrPC could not indefinitely suppress freedom of speech and expression and difference of opinion and should be used as a last resort. The preventive measures under Section 144, CrPC should be based on the type of exigency, extent of territoriality, nature of restriction and duration of the same.[iv] The provision cannot be used to oppress voices of dissent.[v] Magistrates, while passing prohibitory orders, should apply their mind and follow doctrine of proportionality.[vi]These orders are also required to be published in the public domain and is open to judicial review. The Supreme Court also recognised the damaged caused to Kashmir’s economy due to these internet shutdowns.

While, the January 10 judgement asked the government to review its order, it did not declare it illegal and no order was passed to remove the internet shutdown. A month after the judgement, internet shutdown hasn’t completely been removed from Kashmir. On 25th January, 2G services were restored in the valley only for verified users. Only whitelisted websites could be accessed and social media was prohibited. The services were snapped again the same day on account of security concerns for Republic Day, 2G services for whitelisted websites were later restored on 26th January 2020 at 4PM.[vii]On 9th February, the internet was suspended again on account of Afzal Guru’s death anniversary.[viii] It is clear from the recent events , that the government has not fully complied with what the Supreme Court order by only allowing access to whitelisted websites and restricting internet access on two days in a month without proper evidence .

[ii] ‘Right to Internet Access’ as a fundamental right. The Court declared that the right to have access to Internet becomes the part of right to education as well as right to privacy under Article 21 of the Constitution of India.

Previous articleFact or Fake? The menace of spread of misinformation
Next articleSummary of Adani coal mine case