Sexual Harassment at Workplace- All You Need to Know 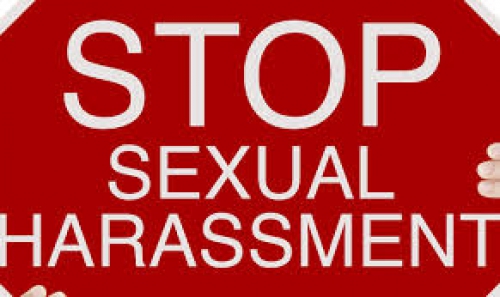 Earlier there was no provision to safeguard the women from being sexually harassed, every day the woman were being harassed in one way or the other by their employers. The offences related to the harassment of the women at the workplace were increasing day by day and the need was felt to bring an act which could deal with the offence of sexual harassment suffered by a woman. The Sexual Harassment of women at Workplace act was brought to prevent the women from the sexual harassment in the workplace. This act came into force in the year 2013.

What is sexual harassment?

According to Section-2(n) of the 2013 Act- Sexual Harassment includes -:

In order to prevent women from sexual harassment and to take immediate action against the culprit every organization is bound to make an internal complaint committee so that the complaint by the women can be lodged in the workplace only.

By virtue of section 4 of the Act the internal committee shall consist of presiding officer and which shall be a woman employed at a senior level. It is also mandatory that one- half of the total members so appointed as a part of Internal Complaint Committee shall be in the women.

After the complaint is made to the internal committee or the local committee the presiding officer shall start the inquiry. In order to find out the truth the internal committee and the local committee are given same powers which are vested to the civil courts by the code of civil procedure. These powers include summoning or enforcing the attendance of a person or for the production of the documents relevant to the case. The inquiry shall be completed within 90 days. On the completion of the inquiry the presiding officer is supposed to provide the inquiry reports to the district officer within a period of 10 days from the date of completion. When the committee arrives at the conclusion and find the allegation made against the respondent true then the presiding officer shall recommend to the employer or the district officer to take action against the respondent for sexual harassment.

Section 27(2) of this act talks about the jurisdiction of the offence. The offences done under this act are non-cognizable offences and can only be dealt by Metropolitan Magistrate or by the Judicial Magistrate First Class.

Criticism of the Act

Second criticism of this act is that it does not have any provision to punish a woman who has not been able to prove that the respondent harassed her. Which actually in some way has brought us to a situation where a woman can file a false complaint against the person from whom she has to take revenge. Making Allegation is a lot easier thing than proving it.

Third criticism of the act is that it is not neutral as it talks only about the harassment to the woman. In fact there are also cases where a man is being harassed by the woman. This act has no provision to punish a woman harassing a man.

Previous article‘Occupation’ under Article 19(1)(g) does not Include MLA’s Office: SC
Next articleGender Education in India