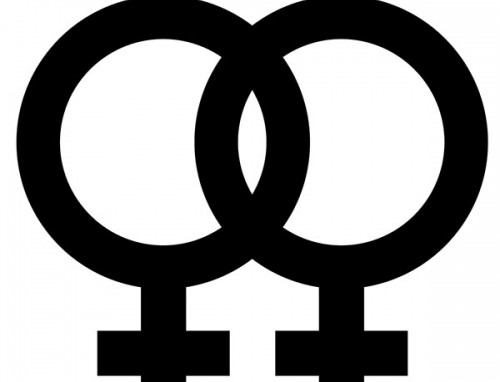 India is renowned all over the world for its progressive and sensitive educational policy when it comes to gender education. Specifically in this regard, the National Policy on Education, 1986 puts special emphasis on the importance of women’s education. It states, “Education will be used as an agent of basic change in the status of women. In order to neutralize accumulated distortions of the past, there will be a well-conceived edge in favour of women. The National Educational system will play a positive interventionist role in the empowerment of women.”
Also, India is a signatory to several international treaties that reinforce this commitment, such as The Dakar Framework for Action, 2000; the United Nations Millennium Development Goals, 2000; the Programme of Action, 1992; CEDAW, 1993; The Beijing declaration, 1995; and the World Conference on Education for All. Clearly, India is not unaware of the burning issue of gender sensitization in the field of education; instead, the country has taken some certain steps in this direction.

Present Situation in India:
India has always been known to be a deeply stratified country, divided into rigid castes and religions by the common people. But in both the advantaged and disadvantaged sections of society, gender disparity in educational attainment has been a consistent feature. For Scheduled Caste and Scheduled Tribe girls, the gender gap is almost 30 per cent at the primary or elementary level and about 26 per cent at the upper primary or secondary level. Also, in India’s
most depressed regions, the probability of girls getting primary education is about 42 per cent lower than boys, and it remains so even when other variables such as caste and religion are controlled. Gender disparity in India has for many reasons blocked the main gateway for development. It acts as a great obstacle for India to achieve 100 per cent literacy levels in each state, as it already has in the state of Kerala. As per the 2011 Census, the total male literacy rate
in the country was 80.89 per cent, while the literacy rate among women was a mere 64.64 per cent. India’s overall literacy rate subsequently came out to be 72.99 per cent.

Recommendations and Suggestions:
To curb this increasing problem by establishing the required infrastructure for the same, the National Commission for Women (NCW) constituted an Expert Committee under Paragraph 8 of the National Commission for Women Act, 1990, comprising of a panel of experts from different disciplines and varied expertise. This was done to prepare recommendations as valuable suggestions for re-orienting/re-strategising the education system in India for a multi-layered, multi-dimensional transformation in the mindset of the society towards equality and equity vis-à-vis gender.All these recommendations were compiled together in a report published by NCW, stating all the ideas and suggestions derived during this time, to reduce the level of gender discrimination in the field of education. Apart from this, the suggestions that I would like to propose for the existing government to act upon on an urgent basis are given as follows:
1) The present situation of the gender education in schools and other similar educational institutions like madrassas require gender studies to be incorporated as a proper subject or study in the existing curriculum of the students at the primary and secondary as well as senior secondary levels. This should be made mandatory so that the basic values required to show the requisite respect to the other sex can be encouraged and promoted.
2) Regular awareness and counselling sessions need to be organised by schools from time to time, to make students aware about the benefits of gender education, to inform them of the current situation of gender education, and to invite their suggestions and ideas as to how this issue can be raised as well as eliminated in the most efficient and
effective manner. These sessions can be of any duration and of any frequency, depending upon the available provisions for the same in the existing curriculum. There can be many other solutions to the above mentioned problem other than the ones mentioned before, as per the seriousness of the situation in the particular region. Also, the Government is undertaking serious and strong measures to sensitize more and more people to come forward and eradicate this gender difference from the education system. This is evident from the fact that the Union Budget of 2014-15 has allocated Rs. 28,635 crore and Rs. 4,966 crore for the Sarva Shiksha Abhiyan (SSA) and the Rashtriya Madhyamik Shiksha Abhiyan (RMSA) respectively. This has been done with an aim of accelerating the education sector,which will turn will enhance the employment rate and increase the standard of living of the Dr. Charu Walikhanna, Report of Expert Committee on Gender and Education, National Commission for Women, Delhi.
people. Thus, although the Government is taking measures to deal with this particular topic, there is still a long way to go when it comes to eliminating the problem of gender discrimination in education from its very roots. We, as citizens of India, need to mobilise our own selves and offer our support to the Government of India and its policies regarding the involvement of gender education in our day-to-day lives.