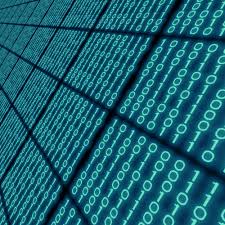 Collusion is not a newly founded phenomenon. It is evident when the auto rickshaw driver charges more when it is raining despite the practice being deemed illegal. Cartels are another common example of collusion. Collusion often helps the business collectively increase their profits. Firms come together and consciously decide to increase their prices to maximise profits. This hurts the interests of consumers by increasing prices.[i] Firms can also come together and restrict new entrants, thereby hindering economic welfare.[ii]

Collusion has always has been difficult to regulate. The difficuly has only increased in recent times due to emergence of algorithmic collusion. Algorithmic collusion means that prices are set by AI than a human.[iii] Algorithmic collusion help in real time determination of prices in the digital marketplace. To illustrate, when someone is searching for a cab in Ola or Uber, they would often find that the cab fare changes within a matter of seconds. Real time determination of prices helps the company cash in based on demand. While there is nothing illegal about designing algorithms to respond to market dynamics, when viewed as a whole, it is likely that the interplay between these algorithms would be held to have affected competition.[iv]

In order to do to determine prices, algorithms make use of big data and machine learning. The algorithms are automated and are capable of learning things on their own. The capability of algorithm to learn on its own gives birth to tacit collusion.[v] Since the algorithm is automated, the developers of the algorithm or any other person for that matter doesn’t have much control over how the prices are determined. Furthermore, algorithms can quickly identify the competitive initiative and emerging threat and know when and how to retaliate. By responding quickly, the rivals deprive any would-be mavericks of the benefits of launching competitive initiatives, and thereby diminish the incentives to undertake them. They can predict a rival’s response. Moreover, if the computers coalesce around a dominant strategy, each firm can detect and appreciate the type of algorithm others are using. The computers can uniformly and swiftly punish a rival’s deviations. With each algorithm sharing a common interest (profits) and common inputs (similar data), the industry-wide use of algorithms may lead to durable tacit collusion among many competitors.[vi]Humans stay aloof from the process of price determination. Further, tacit collusion does not rely on explicit intent and communication and is impossible to detect.[vii] This creates challenges in regulating algorithm-based collusion. At the same time, it cannot be left unregulated due to detrimental effects of collusion.[viii]