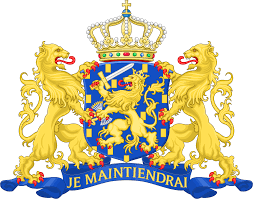 On June 24, 2015, The Hague District Court created history in the case of Urgenda Foundation V. the State of the Netherlands. The decision was historic on two counts: it marks the first successful climate change action founded in tort law and the first time a court has determined the absolute minimum emissions-reduction target for a developed state, based on the duty of care. The petition filled by Urgenda Foundation along with 900 Dutch citizens[i] cotended that the Dutch Government initially targeted to reduce carbon emissions by 17% of 1990 levels was inadequate in fighting climate change.  This was backed by scientific reports of IPCC(Intergovernmental Panel on Climate Change ) . The organisation wanted the government to reduce carbon emission by 25% to 40% of 1990 levels in order to successfully avert climate change.

Urgenda decided to file a petition under tort law. Like other nations, Netherlands had already acknowledged climate change and by being a party of various international climate change agreements had the duty to fight climate change. The government’s failure to do so, would breach duty of care. While the foundation had the option of filing a case under environmental and procedural law, they found that these laws were not adequate to fight climate change. Previously, in environmental litigation, tort law was commonly used to fight corporations. Cases had to be filed on an individual basis and it failed to reduce carbon emissions. The Foundation that by holding the government liable, the government would be more proactive in bringing about required change from corporations.

They also reviewed the obligation to fight climate change through the lenses of human rights. The Dutch Constitution, which provides that it shall be the concern of the authorities to keep the country habitable and to protect and improve the environment.[ii] They also relied on The European Convention On Human Rights And Violation Of A Personal Right specifically Articles 2 (protection of the right to life) and 8 (respect for private and family life and the home).[iii]

The District Court ruled in favour of Urgenda Foundation and asked the government to reduce emissions level by 25% of 1990 levels. The decision was appealed numerous times by the government. Finally, on 20 December 2019, the Dutch Supreme Court, the highest court in the Netherlands, upheld the previous decisions in the Urgenda Climate Case, finding that the Dutch government has obligations to urgently and significantly reduce emissions in line with its human rights obligations.[iv]

The decision has been hailed across the globe and has stirred numerous climate change litigations. In 2015, the High Court of Justice in Lahore, ruled that its government must do more to protect its citizens from climate change, ordering the appointment of governmental councils to ensure that Pakistan fulfills its domestic climate commitments. Similar to the Urgenda case, the petitioner submitted extensive evidence of the threat of climate change to his community and livelihood, relying upon IPCC reports.[v] In USA, the court obliged the state to increase its efforts to combat climate change.[vi]  In Belgium , it inspired the Klimaatzak case.[vii] It has also inspired other climate change cases in Canada, Colombia, and Ireland.[viii]

In India, the undecided case of Ridhima Pandey V. UOI which deals with a similar issue was filled much prior to the judgement. The Urgenda Foundation case has been referred in this case as well.[ix]

The contributions of the Urgenda case is not restricted to court rooms,

In June, 2017 a statement by the United Nations Committee on Economic, Social and Cultural Rights concluded that a country’s failure to adopt sufficient greenhouse gas emission reduction measures may be considered a violation of fundamental human rights.[x] It also inspired the Oslo Principles , which was developed a group of legal experts, including M. C. Mehta. The Principles identify states’ reduction obligations and articulate a series of related obligations aimed at prevention.[xi]