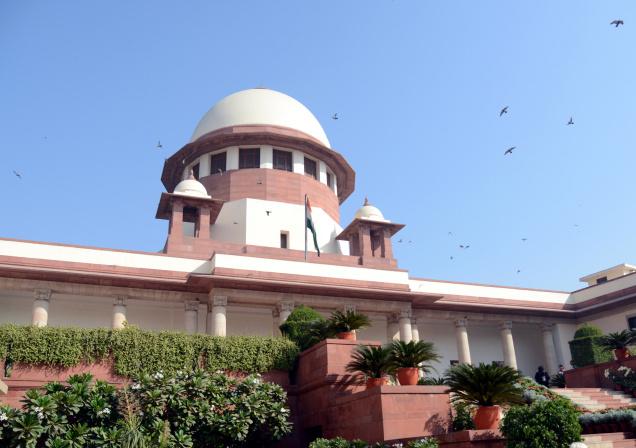 Collegium is usually termed as “Judges appoint themselves” and in function since the second Judges case. Like NJAC, the function of Collegium is to appoint and transfer Judges to the high courts and the Supreme Court. But collegium was established in Third Judges Case prior to NJAC. Collegium system consists of the chief Justice of India and a forum of four senior most Judge of the Supreme Court. As there were many discrepancies in the functioning of the collegium system, Supreme Court has asked for suggestions and representations from the public to improve the collegium system in November 2015. Meanwhile, on November 19, 2015, the Supreme Court has asked its collegium to go ahead with the appointment of judges which was put on hold since the NJAC was challenged. Also, on November 17, 2015 a conference was held by the National Lawyer’s Campaign for Judicial Transparency and Reforms asking the S.C to review its judgement where it held the NJAC unconstitutional. Therefore, through this article I will compare NJAC to Judicial Appointments Commission (JAC) system of United Kingdom. The reason behind this comparison is because our constitution was framed from the parliamentary system of U.K Constitution. Therefore, if there appears to be any functional insufficiency in our Constitution, it can be traced back to the Constitutional practice of the U.K. Constitution.

Before the enactment of the Constitutional Reforms Act, 2005, the role of Lord Chancellor was in dispute as he plays the member of the cabinet, head of the Judiciary and also authorised to sit in the House of Lords for hearing the appeals. This was in clear conflict with the separation of powers. To avoid this conflict, the above act was introduced. The Act provided for the establishment of independent Judiciary Appointments Commission (JAC) which appoints Judges to courts and tribunals in England and Wales ensuring the non-interference of executive and Legislature in the power of Judiciary. Therefore, the role of Lord Chancellor has been limited by enabling him to only appoint those Judges selected by the JAC members.

The JAC consists of two person from legal profession out of which one should be a barrister and other to be a solicitor, six lay person including the chairman, five Judges, one tribunal member and one lay justice like magistrate. The JAC was cleverly drafted as none of the head member of the Judiciary or Executive like Chief Justice and Lord Chancellor have a say in the appointment of Judges to the Courts and Tribunals. The idea of having lay person as a member of appointment of Judges is to avoid partiality towards the judges who are yet to be appointed. This in further shields the JAC members from political influence.

NJAC consists of the Chief Justice of India, the two most senior judges of the Supreme Court, the Law Minister, and two ‘eminent persons’. On comparing the composition of JAC with NJAC, addition of lay person’s to the latter would avoid unnecessary conflicts and also provides accountability to it. The procedure followed by JAC in the selection process of appointment of Judges is on merits which is based on five qualities; (i) intellectual capacity (ii) personal qualities (integrity, independence, judgment, decisiveness, objectivity, ability, willingness to learn) (iii) ability to understand and deal fairly (iv) authority and communication skills (v) efficiency. If the same is established in the NJAC selection process of appointing Judges then disputes regarding the appointment of High court Judges based on batches( in practice) rather than on the basis of seniority level (NJAC rule) would dissolve automatically. Also, the strength given to two eminent persons in NJAC should be restricted to the extent were it provides a direct nexus between the independence of Judiciary and the administration of Justice. NJAC should come up with the procedures listing out the limited powers of each member of NJAC ensuring independence of Judiciary. These proposed list should not be ambiguous and arbitrary.

Later, along with England and Wales, JAC was also adopted by Scotland and Northern Ireland. Like U.K constitution’s Special Selection Commission (SSC), there should be a separate Commission for the appointment of Judges to the Supreme Court at the union level apart from NJAC. SSC selects and appoint those Judges to Supreme Court who were already selected and appointment by the JAC in the High courts. This was established by U.K in order to give less burden to JAC and also if there is a different commission for the appointment of Judges at the state level and at the union of level then the effectiveness of the working of commission would increase. Some might argue that the SSC commission of U.K includes President to be one of its members which is not in accordance with separation of power. This argument can be countered because the selection process by JAC was done strictly which makes the selection process of SSC to be done relaxed ensuring the executive to play a limited role in the appointment of Judges.

Previous articleMadras High Court Lawyers Suspended for Setting-up a Bar in Court
Next articleLegalisation of Marijuana in India: All You Need To Know