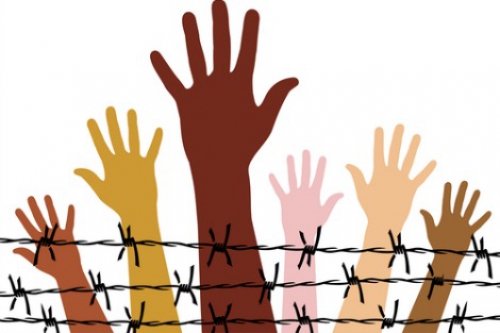 One of the main features that are shaping the contemporary world is globalization. Nowadays, our planet has become a “global village” with markets that are launching multinational companies to an unprecedented expansion.

A further, crucial aspect of globalization is the nature and power of multinational corporations.It is a fact that MNCs have become the biggest players in world trade, reaching such a level that many of them have budgets that exceed some nations’ GDPs. As a consequence, the power of individual nation states to establish and control the rules of the economic system is fading, both in the industrialized world and among developing countries. Problems arise when the host countries have zero capacity to apply their own national laws to the MNCs acting on their territories or when home countries are not willing to regulate or limit the activities of the MNCs under their jurisdiction. The former international economy, with a political and diplomatic sphere and with a total and unique State power has been replaced by a multinational economy where MNCs play an increasingly decisive role in globalization. The arrival of such a new and powerful player as MNCs has had a huge impact on the sphere of Human Rights compliance all over the world in general, and on developing and non-democratic countries in particular.

While international human rights is a broad and difficult concept to define, several international agreements enumerate specific standards.In particular, the United Nations sets forth the most prominent example of current human rights standards, the Universal Declaration of Human Rights.The Universal Declaration provides standards for various human rights issues, including the rights of life, liberty, security of person, assembly and association, freedom of movement, and the right to vote or take part in government. The Universal Declaration also promotes freedom from torture, cruel and inhuman punishment, arbitrary arrest, unjust labor practices, and slavery.These rights are universal and restrict both individuals and corporations from infringing on human rights. Other United Nations directives consider environmental protection a vital human right. The United Nations also has examined corporate involvement in human rights issues and asserted that “corporations should/shall respect the social and cultural objectives, values and traditions of the countries in which they operate and shall respect human rights and fundamental freedoms in the countries in which they operate”.

By contrast, corporations should have a legal duty to respect human rights. In other words, they should not be permitted to profit from human rights abuse. Currently, no clear affirmative legal duty exists that can hold these big firms criminally liable for violation of human rights. While the Universal Declaration discourages persons from engaging in activities that violate human rights of the others, it lacks the necessary enforcement mechanisms to effectively impose such a duty on these MNCs. Moreover, the practicality of using the Universal Declaration by itself to force corporations to respect human rights is severely limited. If corporations are allowed to enjoy the benefits of existing as legally recognized “persons” with individual rights under the law, it is appropriate and reasonable to expect, and even demand, that they conduct themselves accordingly.

A first approach could suggest that International Human Rights Treaties and Instruments along with local legal systems should be enough to regulate business activity. However, the real situation is that MNCs are in a position to effectively escape from both international and national legislation. This is happening because International Human Rights Treaties were created in order to be applied mainly to states and, as a consequence, the subsequent legal development of those instruments was mainly made neglecting MNCs as legal actors. We must keep in mind that the legal construction of the Human Rights doctrine was made right after the end of the Second World War, when MNCs was a phenomenon still unknown.

Business impacts on human rights are not limited to specific sectors or particular enterprises as manufacturing or extractive industries. Rather, the activities of all types of businesses –large and small, domestic and international, public and private– in all sectors can implicate human rights. Therefore, to properly combat business – related human rights abuse, this broader set of actors and contexts needs to be addressed. In assessing the impact of business activity on human rights, it is important to focus as much on corporate ties with third parties that commit abuse (such as suppliers or government security forces), as on cases in which businesses themselves directly cause harm. Many times the Corporations endorse, facilitate, encourage or aid the human right violation.
Economic interests and other factors can lead governments to neglect victims of business-related abuses. If business-related abuses are to be curbed, greater attention needs to be paid to governmental obligations in the face of abuses perpetrated or facilitated by private actors. Individuals whose rights are affected by businesses often are unable to obtain meaningful redress; in too many cases, they face retaliation for even trying. This finding reinforces the need to promote access to justice for victims of business-related abuses and the importance of further examination of the reasons why States are not providing appropriate remedies and reparations. Many companies have not ascribed to business standards addressing relevant human rights and, even when codes of conduct or commitments to social responsibility exist, they often are not adequately implemented. Additional standards and compliance mechanisms are needed.
Nowadays, efforts to curb corporate power by legal means operate at two distinct levels.
First, there are growing attempts to subject MNCs to a set of universal standards that will apply to corporations above and beyond the demands of any specific locality and held them criminally liable for any human right violations.

Secondly, activists try to mobilize the developed legal –and judicial– systems of rich countries in order to police and sanction corporate practices in places where it is impractical or impossible to invoke local laws.

In this context, the importance to develop mechanisms of control over the MNCs is, obviously, a huge and urgent task.