The curious case of the Arunachal Pradesh (AP) Governor’s recommendations started in November 2011 when Nabam Tuki became Chief Minister of AP. His cousin, Nabam Rebia was appointed Speaker of the Assembly.

In April 2015, Kalikho Pul, the former Health and Family Welfare Minister, levelled charges of “financial mismanagement” on the Tuki government. He was expelled from the party. 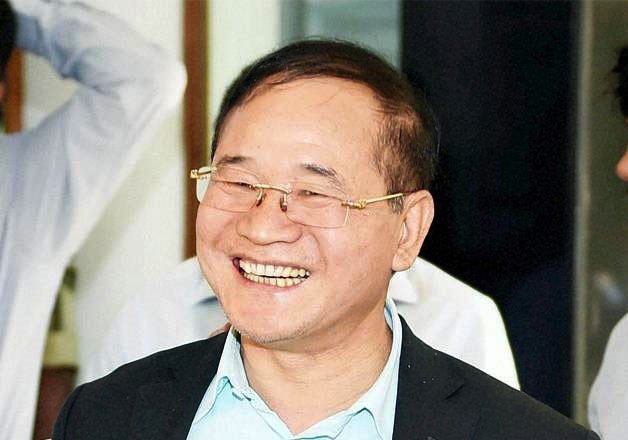 The present crisis began when 21 of the 41 Congress MLAs in the 60-member assembly rebelled. 11 BJP MLAs and 2 independent MLAs backed the rebels.

On December 9, the rebel group approached Governor J P Rajkhowa, seeking to impeach Rebia. Rebia was accused of being partial to Tuki and his group of MLAs. Since the 6th Session of the Assembly was slated to convene only on January 14, the Governor, considering the matter ‘urgent,’ called for an emergency session on December 16, 2015 under Article 174 (1) of the Constitution (which empowers the Governor to call for meetings as he sees fit).

Simultaneously, he also sent a message fixing “Resolution for removal of the Speaker” as the first item of the Agenda of the 6th Session.

On December 16, the special session of the House was held in a community hall. Deputy Speaker T N Thongdok, presided over the special session that was attended by 20 rebel Congress MLAs, 11 BJP MLAs and 2 Independents. The rebels, along with the 13 others, passed the impeachment motion. The special session also moved a no-confidence motion against CM Tuki.

At the end of the session, Tuki was ‘defeated’ and the House ‘elected’ Kalikho Pul as the new Leader of the House.

On January 5, 2015, Justice B K Sharma of the Gauhati High Court stayed the disqualification of the 14 Congress MLAs.

On 14 January, he rejected the writ petition challenging the removal of the Speaker, and refused to go into the merits of a petition challenging the Governor’s decision advancing the date of the assembly session, saying it cannot be said to be “unconstitutional so as to warrant interference by the existing power of judicial review under Article 226 of the Constitution”.

The Speaker approached the Supreme Court. The matter is being heard by a five-judge Constitution bench headed by Justice J S Khehar.

Meanwhile, the Governor of AP, has recommended the Centre impose President’s Rule in AP. President Pranab Mukherjee on Tuesday accepted the cabinet’s advice.

In the 1994 SR Bommai case, the Supreme Court ruled that courts can’t question the Union Cabinet’s advice to the President but they can question the material behind the satisfaction of the President regarding breakdown of constitutional machinery. It also said that the use of Article 356 was justified only when there was a breakdown of constitutional machinery and not that of administrative machinery.

Attorney General Mukul Rohatgi raised a preliminary objection contending that the notification on promulgation of Presidents rule has not been challenged in the fresh plea.

The bench asked the Attorney General not to raise any “technical objections” when he persisted with his plea arguing that “rules are rules” and they apply equally to all.