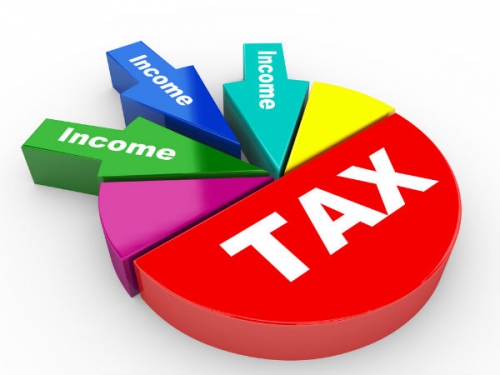 The tax law of a nation is usually unique to it, although there may be similarities and common features in the laws of various countries. Tax law is, in general, concerned only with the legal aspects of taxation, and not with its financial, economic, or other aspects. The decisions to impose various kinds of taxes, their rates and sweep fall into the political domain and not into the domain of tax law. Tax law consists of a body of rules of  public  law that affect the activities and reciprocal interests  of  a  political  community  and  the  members   composing   it  –  as  distinguished  from  relationships  between individuals in the sphere of private  law. Tax law can be divided into substantial tax law, which is a body of the legal provisions giving rise to the  charging of  a  tax; and  procedural  tax law, which consists of the rules  laid  down  in  the  law  as  to  assessment   and enforcement  procedure, coercive measures, administrative and judicial appeals and other similar matters.

The tax laws mean what the words in them say, since   it   is   presumed   that   the Parliament acts purposefully in the use of its language. The judiciary has the final authority to interpret the tax statute. The normal rules in the doctrine of precedent apply also to tax cases. One general qualification to the doctrine of precedent, which is particularly important in tax law, is that previous decisions are only of value in determining questions of law. It is, however, a common fallacy to use similarity of facts in a previous case to decide another question of fact in the same way.

The Income Tax Act does not  attempt  to  provide any  comprehensive definition of “income” for tax purposes; but gives  an  inclusive  definition  in  Section  2(24). Income – tax is a tax on income from various sources, estimated according to sets of rules which vary according to the source of income from which it flows. Most  type of  income  can  be  broadly  classified  into three main categories; (a) income derived by a person  by  rendering personal  service;  (b)  income  from  property, and (c) income  from  the  profits  of  a  trade, profession  or  vocation. In   economic   terms, the  first  category  represents  income  from  “labor”  alone, the   second represents  income  from “capital” alone whilst the third category combines both “capital” and  “labor”. Through the methods of assessing income under these different heads are distinct, income for tax purposes must be money or something capable of being turned into money. The income tax, whatever way it is charged is, however, one tax. In every case, the tax is a tax on income, whatever may be the standard by which the income is measured under different heads.

The tax unit is the person or entity whose income is calculated and who is to pay the tax. The basic tax unit is the individual – corporations and other legal entities are also tax units. The tax base, in an income tax, is “income”. A broad based income tax will cover all kinds of income, gains, and accretions to wealth.  Thus, fringe benefits and capital gains are included in a broad based income tax. The broader the tax base, as a general principle, the lower the tax rates required to raise the same amount of revenue and the less easy it is to avoid the tax by converting one type of income into another. A broad tax base satisfies several of the tax policy criteria. The effective tax rate, as opposed to the marginal rate, may differ widely between taxpayers as the result of the tax base and the provisions relating to the tax rebates, exemptions and deductions.

Income-tax applies generally to all types of persons, whether individual, bodies of individuals, corporate bodies or other juridical persons. Levy of income-tax has substantial fiscal, economic and social consequences to the community, and the way it operates is of   vital significance to particular individuals or companies. Imposition of income tax directly affects the sum available for spending by the private sector of the economy, and, raising or lowering of the general rates of tax even marginally, can have marked deflationary or inflationary effect. The tax may   encourage, or discourage, particular types of activity in the private sector, by treating a particular type of activity more, or less favorably for tax purposes compared with other available activities. This is, at  times, deliberately done  when  the  government  provides  for  some  special relief, such  as  investment  allowances  on  new  ship, aircraft, machinery or plant. Every proposed transaction of substance is required to be studied from the tax angle to find out what tax savings can be affected, if any, by reframing such transaction. The professional men have to be well equipped to correctly and effectively advise taxpayers as to  their  potential  liability  to  tax, and their work, though not productive to  the  nation, is  necessary  to ensure smooth working of the tax system.

Levy  of  income-tax  has  social  effects, besides its effect on economic  life  of  the  community. Highly  progressive  rates  of  tax  on individuals which provide the money for various welfare  functions  of  the State have  significant  social  consequences. Numerous types of tax reliefs given for charities, the provisions of various types of pensions etc., affect the social structure of the community to a substantial extent, though these factors cannot be evaluated in exact terms.

Whether or not income is an accurate measure of tax paying ability, depends on how it is defined. An individual’s income is the best single index of his ability to contribute to the public revenue. To the extent that a person’s ability to pay taxes   is affected by other circumstances, such as, the number of dependents he  supports  or  extraordinary  medical  expenses, it is easier to make  adjustments  for  such  circumstances  by changes  in  the  personal  income-tax than by changes in other types of taxes.

In the traditional analysis, taxpayers  have  two personalities  –  a  business  personality  and  personal personality, which  are  concerned,  respectively,  with  profit-seeking and   pleasure-seeking.    Sometimes, the efforts to analyze payment of income taxes and payments related to income taxes from a two personality approach works very poorly. This has led to the thinking that the taxpayers  have  a  third  personality   concerned   with  re-distribution  of wealth which has its own criteria for deductibility, and payment of  income- tax  falls  in  this   third category.

Usually, it is easy to attribute expenses between the two personalities. Just look and see whether the tax payer’s purpose in incurring the expenses is to obtain business receipts or reduce costs needed to acquire those receipts, if so, it is deductible business expense.  This “origin” test characterizes the expense by looking at whether it is incurred in business activity or personal activity.

A sharp distinction must be made between evasion and avoidance of tax. Illegal methods of reducing tax liability, by misstating or  omitting  items  from  the returns, are known as  “tax  evasion”,  which  creates  a statutory liability to substantial monetary penalties and to  a  criminal  prosecution  in serious cases such as of fraud. Aiders and abettors are similarly liable. “Tax avoidance”, however, denotes adoption of lawful means for reducing tax liability. Full use is made of loopholes in the tax system particularly when the rates imposed are very high. When loopholes become too well known, the yield of the tax will be less. A simple device is discovered which gradually gets into common use and then the legislation stops it. A more refined device is then adopted which again is plugged by legislation, and so on, a seesaw process goes on between a well-advised tax payer on one side and the Legislature and the Revenue on the other. The result is frequent amendments in the   law   of income-tax, making it a complicated branch of the laws.

From earning an income till filling your income tax return, you have a right to know and should know each and every aspect of the laws abiding your income. The basic structure of income tax may be complicated but should be known to those who lie under its ambit.