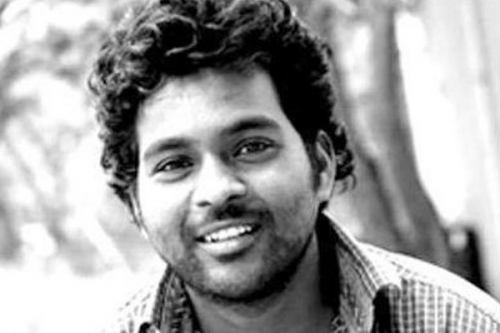 “Education is the most powerful weapon which you can use to change the world”.

The aforesaid quote rightly indicates the value of education in India. India, having the largest youth population, has propounded the importance of education and its benefits. The National Education Policy adopted in the year 1986 earmarked a vision to accelerate the efforts to regulate sound educational policy and its effective implementation. Education is deemed important in every corner of the world. As it enlightens the person with righteous motives, and help people develop wisdom in differentiating between good and evil. But, unfortunately, no governmental policy has yet been formulated after the year 1986 to tackle present challenges. India is amongst the fastest growing economy in the world. With its abundance of IT officials, has helped the country grow globally. Not only IT, but the young minds are growing on various frontiers due to its growing zeal to get a good education. But, these achievements are not in entirety. The country has been facing several challenges, and adequate measures are yet awaited to deal these issues diligently.

It is quite unfortunate that not a single higher education institution ranks amongst the 200 universities in the list prepared by The Times Higher Education Supplement. The dismal condition worsens when the policy framework is manipulated according to the whims and fancies of the current dispensation. There are several issues that grapple the growth of higher education system in India such as gender bias, caste-based discrimination, higher rate of dropouts, poor quality of teachers, etc. The slogan of Achche Din did not really go well with the current state of education. The appointment of Smt. Smriti Irani as the Union HRD Minister raised many questions. The issue aroused over her controversial educational qualifications, and with her close affiliation with the Sangh Parivar, who itself envisions of instituting their own policy in the education system. The latest issue on the minority status of the deemed university like Aligarh Muslim University, has also questioned the influence of the Sangh Parivar in the current dispensation. Reservation has also been amongst the top issues of the Sangh. Scrapping of this policy has been raised on several junctures, and even sort to make an election issue during the Bihar polls. Such interference by the Sangh through this post of higher sanctity is a matter of concern. Many scholars like Nobel Laureate Amartya Sen has shown concern over these constant interference to misuse the position for own political ambitions and to raise such irrelevant propagandas.  But, yet the situation has not improved.

The Reservation policy after the post Mandal era has constantly been under attack. The hegemony of the upper caste forces is still prevalent in the present education system. Taking the example of the recent incident at the University of Hyderabad has raised many grave issues. The suicide of Ph.D Scholar Rohith Vemula has alarmed the authorities and various informed citizens over the growing discrimination pulling us back to the earlier times. The issue caught the eye of many as this was not the only incident due to the incompetency of the administration. More than seven students have earlier taken their lives in the same university. The incident was the result of swift between the two groups over the caste and reservation issues which resulted in this. Rohith Vemula was not the only one suffering from this vast discrimination. Across the nation, due to the inefficiency of the authorities and due to the lack of comprehensive guidelines over the educational policy dealing with present challenges, several students and scholars are vulnerable to such discrimination.

Schemes like Make in India, Skilled India, Digital India, can only mark their success if efforts are collectively taken. The education policy must be equally focussed upon all, and any attempt to dismantle it would directly hamper the current process of development. India is a multi ethnic country, and the education must concentrate upon the unity, integrity and religious harmony of the nation, rather than partisan policy which would lead to chaos and destruction. The new Education Policy is under formulation, and the policy makers must consider the current issues and measures should be provided on how such issues can be tackled efficiently.