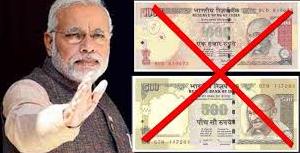 Finance Minister Arun Jaitley introduced a bill on demonetisation — The Specified Bank Notes (Cessation of Liabilities) Bill 2017 ON 4TH February, 2017. According to the bill holding, receiving and transfer of old currency of 500 and 1000 will be a criminal act and be penalised with a minimum fine of  Rs. 10,000.

If an individual is found holding more than 10 old notes of Rs. 500/1,000 denomination can be punishable with a minimum fine of Rs. 10,000. The motive behind this action is to check parallel economy using the scrapped notes.

Finance Minister Arun Jaitley said it will extinguish the government’s liability towards scrapped notes and also eliminate the possibility of their being used as parallel currency.

“No economy survives with ceased currency that operates in the market. There will be anarchy in the country if non-legal currency operated parallel in the market,” Mr Jaitley said while replying to the discussion on the Bill which was approved by the House after rejecting the amendments moved by opposition members.

Supporting the decision of the Prime Minister on demonetisation, Mr Jaitley said the volume of currency in India was extra ordinarily large and this has facilitated crime, corruption and terrorism in India.

He believes that India will soon adopt the digital method and will be a cashless economy. “We must move to a greater digital economy and therefore free the economy from these vices….you cannot allow a parallel currency to operate in the market. So holding the currency beyond a specified limit for research and numismatic purposes will be an offence. This is the rationale behind this bill,” he said.

Previous articleHigh Court of Karnataka orders UBHL to wind up
Next articleBE READY TO ‘WHISTLE’ IN THE DARK!