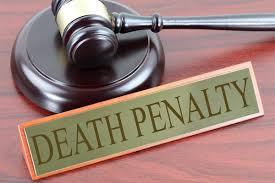 The execution of Nirbhaya convicts has been postponed several times since it was first scheduled for 22nd January, 2020. Among the many legal remedies, the death convict are taking advantage off is the provision that they cannot be hanged separately. This has allowed them to apply and exhaust remedies one by one, resulting in delays. In light of these delays, the Government had contended that once a convict exhausts all his legal remedies, he should be hanged individually. But, in the first week of February had rejected this contention, stating that all of the convicts are to be hanged together.[i]

Supreme Court’s pronouncement can be traced back to a 1982 Supreme Court judgement which prohibits separate execution of convicts of a joint crime. The judgment by the top court came in view of the alleged injustice done to a convict. In that case, one of the death-row convicts got his punishment reduced to life term and another got a stay on his execution. But the third convict, who was unaware of all these modifications in the punishments of the other two, was hanged.[ii] The case pertained to a multiple murder by Harbans Singh, Mohinder Singh, Kashmira Singh and Jeeta Singh. The three were convicted in 1975 by the trial court in Pilibhit and sentenced to death. The judgment was later upheld by the Allahabad High Court. Kashmira Singh filed a special leave petition which was accepted and his death sentence was commuted into life imprisonment in 1977. Harbans Singh also filed an SLP that was dismissed by Justices Sarkaria and Shinghal in October 1978. His review petition too was dismissed in 1980 while the President rejected his plea seeking commutation of sentence in 1981 and his execution was fixed for October 6, 1981. He promptly filed another petition in the Supreme Court, and the court stayed the execution. On the other hand, Jeeta Singh did not file any review, writ or mercy petition and was hanged on October 6. All three had been equal parties to the crime and equally guilty, but one was hanged, one got his punishment reduced to life imprisonment, and one got a stay on his execution.

This ruling was also added to Delhi’s revised jail manual as Rule 854, and the same was cited convicts’ lawyers. But, with the inordinate delay happening , the Supreme Court on March 5th said that delay in the scheduled execution of death sentence of the four Nirbhaya gang-rape case convicts on March 20 will see the court itself step in on March 23 to promptly decide the government’s appeal for permission to separately hang them to death.[iii] The assurance from a three-judge Bench led by Justice R. Banumathi came while addressing the government’s apprehension that chances are high that one or other of the four convicts may turn up in court before March 20 with a new plea and further delay the execution, as has been happening till now.

[ii] Harbans Singh vs State of UP and Others