Family Law – The Plight of the Widow 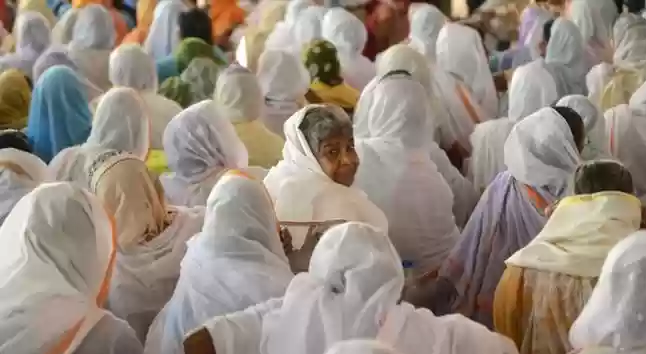 According to sociologist Anthony Giddens – family is simply a group of people directly liked by kinship. This essay will focus on developments in Indian family and its effects on women relating only to the concept of marriage and not to the many other aspects of Indian families pertaining to Indian family which will not be covered in this essay. “Marriage can be defined as a socially acknowledged and approved sexual union of two individuals”, in India it has been difficult for females to acquire equal treatment and status in the institution of marriage and family which is guaranteed by the constitution of India. The Government has failed to improve the status of the female population and there has been a lack of address to social concerns. There are a number of social issues that are tough to regulate even though proper enactment of legalization such as Dowry Prohibition Act, Hindu Widow Remarriage Act and Sati Regulation Act.

Firstly, dowry (Dowry or Dahej is the payment in cash or/and kind by the bride’s family to the bridegroom’s family along with the giving away of the bride (called Kanyadaan) is a social issue which has haunted Indian society for a long time and although it was prohibited by the dowry prohibition act in 1961 it is still prevalent and highly institutionalized amongst all sections of Indian society. Even after the enactment of the 1961 Act there has been considerable increase in the cases of dowry. According to the preliminary survey report collected by the District Crime Records Bureau, Shimoga Police Commissioner’s Office, in 2001 there were 134 cases of dowry , in 2002 159, in 2006 161 and with a considerable increase till 2008 , in 2009 there were 255 cases reported in the district of Shimoga. This is just study pertaining to one section of Indian society.

The latest statistics issued by the National Crime Records Bureau (NCRB) shows that Odisha reported as many as 1,487 cases under Dowry Prevention Act accounting for 16.5 per cent of the total cases recorded in the country during 2012. This goes to show the social injustice towards women and that they have been denied their rights in the institution of family while being oppressed and discriminated against. Furthermore, widow remarriage in India has always been a great sociological taboo. Remarriage of Indian women has always been neglected and looked down upon by families in the society and practices such as sati – though no longer prevalent in India – have always discouraged women to remarry. To address this issue the government of India amended the Hindu remarriage act in 1956 to give Indian widows greater freedom and autonomy.

The plight of widows being both a social and legal factor – the law alone has not been able to tackle it. Widows in India face a large deal of family problems relating to children, dependents and remarriage. It is disheartening that only  45% of Indian widow’s children are able to acquire education, it is also to be noted that 23% of these children were further to become high school drop outs, this is because of the unstable emotional and financial  state pertaining to the death of the spouse and this further demeaned their status in sociological terms. Another notable fact is that 80% of Indian widows don’t have any financial dependents and most of them report that their children and parents left them after the death of their husband because of social stigma. Remarriage is also a concern for widows as it perceived as being unfaithful to the late husband. The Hindu remarriage act has not been able to tackle the above sociological problems which increase the plight of women in this country, remarriage can solve these problems but still, the narrow mindedness of Indian society has not let the Indian widow be at peace financially or emotionally, and because of this the institution of family has been violated and hampered in India.

Women play multiple and the most important roles in any family. Their status has declined with the passage of time and society has for a long time now practiced unforgivable oppression against them. There need to be social reforms in the in backward and narrow minded thinking of the society so that the women will help women rise up, which can be effective, governed and enacted by the state through proper legislations which it has failed to do so far.