The Political Exploitation of Administrative Powers 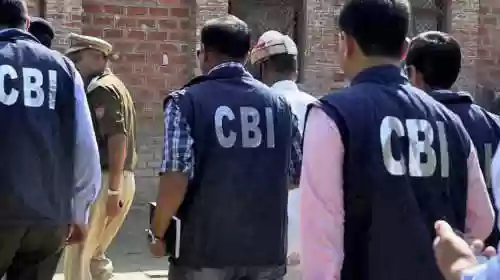 It all started with the chilly morning of 15th December 2015 when the Delhi Chief Ministers Office (CMO) was stormed into by the CBI raiding the principal secretary’s office and allegedly confiscating corruption related files. It was an exercise that lasted less than an hour but the furor created over it has rocked the Parliament and stalled proceedings for the past three days. Historically, this was the very first time that the Delhi CMO was ever raided by the CBI.

Any authority set up under a statute for the purposes of administering a law enacted by the legislature is a State under Art. 12 of the Constitution and every type of public authority exercising statutory powers is a State under the term ‘other authorities’ in Article 12.

The CBI derives its power to investigate from the Delhi Special Police Establishment Act, 1946. After promulgation of the Act, the superintendence of SPE was transferred to the Home Department and its functions were enlarged to cover all departments of the Government of India. The jurisdiction of SPE was extended to all the Union territories (including, of course Delhi) and the Act provided for its extension to States with the consent of the State Government. Therefore, it is clear that the Central Bureau of Investigation is ‘State’ under the definition of Article 12, and that it derives its authority and power from the Central Government.

The Delhi CM has alleged that this action of the CBI is a direct infringement of the fabric of federalism and the CBI raid was a consequence of the orders of the Central Government and not on any genuine complaints of corruption against the principal secretary Mr. Rajinder Kumar. According to the CM “Rajinder toh sirf bahaana hai Kejriwal nishaana hai.”. In fact, he alleges that the CBI had arrived not to conduct a genuine raid but to confiscate the specific files related to alleged corruption by the Finance Minister Arun Jaitley, ex-chief of the DDCA. He alleges that the files which the CBI officials took with them were for the protection to Mr. Jaitley and the whole CBI raid was a ploy to protect the finance minister and thus, the BJP’s interests.

Viewing this situation from a legal, rather than a political point of view-

Firstly, the raid by the CBI was completely justified. According to a 2013 Supreme Court Judgment the Central Bureau of Investigation has the due right to investigate and raid the offices of even high ranking public officials which in this case is the principal secretary of the Chief Minister. This implies that, though it is not common, yet, the office of even the Chief Minister of Delhi can be subjected to a raid by the Central Bureau of Investigation, if they possess reasonable cause and due permission of the Court.

Secondly, the very point and meaning of a ‘raid’ is that it is sudden in nature and it refers to the confiscation and taking away of files which the CBI, in their prudence believe to be of an important nature in their course of investigation. The very point of the raid would be lost if the CBI would pre inform the office of the party being raided that their office was soon going to be raided.

Thirdly, it might be possible that the CBI may be acting under political pressure with the aim of political vendetta. Even in this case, the victimized party cannot refuse to cooperate or handover files to the CBI. However, they can go in for a legal remedy. As mentioned earlier, the Central Bureau of Investigation is a ‘State’ under the definition of Article 12 of the Constitution. Therefore, if a party (in this case Mr. Kejriwal) feels that the raid by the CBI was inspired by political vendetta and their rights have been violated by the CBI, they can approach the Courts claiming violation of the fundamental rights and this action would lie against the CBI under Article 32 of the Constitution. Dr. Bhimrao Ambedkar called Article 32 as the ‘heart and soul of the constitution’. This article can thus be used to preserve the fragile principle of federalism by giving the State Government (Delhi) a remedy. This is an effective method to ensure that even if the raids ordered by the Central Government are a farce, the institutions like CBI do not become a part of this farce, for fear that they will be punished by the Court. The recent example of ex-CBI director Ranjit Sinha, who was allegedly aware of the corrupt 2G and Coal scam activities and met some of the accused at his house, whose case is sub-judice in the Supreme Court and who might face severe imprisonment if found guilty, goes on to show that if institutions like CBI collude corruptly with the central government they will be effectively punished.

Thus from a legal point of view the raid was justified – however, if the Central Government was genuinely concerned about the alleged corruption activities of the Principal Secretary of Delhi, they should have taken the Chief Minister into confidence. This is because the alleged corrupt activities of Rajinder Singh date back to before the Kejriwal Government was in power. So, talking to a Chief Minister who is known to be anti-corrupt and cooperating with him would have yielded better results than storming and capturing files from the office of his principal secretary. It could have helped catch the corrupt culprit and would have saved the country of the drama that followed, both on twitter and in the parliament. Also, it would have further strengthened the fabric of federalism. The fight between the Centre and the Delhi Government has been going on for almost a year now. The Central Government, by taking Mr. Kejriwal into confidence could have moved a step forward towards solving this conflict rather than deteriorating it by the raid that they conducted.

Previous articlePolice Reforms in India – Need of the Hour?
Next articleFamily Law – The Plight of the Widow