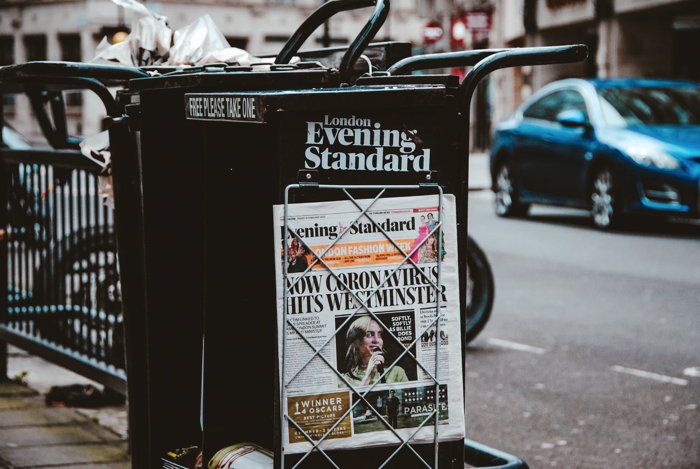 The first case of Novel Coronavirus aka COVID-19 was reported on December 12, 2019, in Wuhan, China; however, the virus was not identified at the time. Soon, more cases of the kind (“strange pneumonia”) started emerging in the area. By the end of December, the clinics in the area noticed the pattern and found a plausible connection between the patients and a market that sold live fish, poultry and animals to the public. On 31st December 2019, the condition was reported to WHO and later, on 26 January 2020, the virus was identified.

After some reluctance, COVID-19 was declared a Public Health Emergency of International Concern (“PHEIC”) by the World Health Organization (“WHO”) on January 30, 2020 . The total number of cases are over 96,000 with a death count of over 3,000.

With China being the largest exporter and second-largest importer, there have been substantial economic repercussions of the outbreak. The rampant spread of the virus to 95 countries till date, has led to governments imposing travelling bans; whereas, the general fear in the minds of the people is leading to shutting down of factories and markets, shortage of labour and supplies, quarantining, et cetera, testing the bounds of contractual obligations.

The preventive measures taken by countries to mitigate the outbreak combined with the gravity of the outbreak has resulted in severe disruption of the world supply chain.

With the declaration of the outbreak as PHEIC by the World Health Organization, there is a question of whether the outbreak could be considered a Force Majeure event or whether it could result in frustration of the Contract.

What is Force Majeure and Frustration of a Contract?

Even though a Clause of Force Majeure is common to all the contracts, there is no proper definition under the common law. On the other hand, the doctrine of frustration of a Contract is present in the common law as:

“a contract may be discharged on the ground of frustration when something occurs after the formation of the contract which renders it physically or commercially impossible to fulfil the contract or transforms the obligation to perform into a radically different obligation from that undertaken at the moment of the entry into the contract.”

In simpler terms, a contract is frustrated (automatically terminated) when an event occurs after the formation of the contract that makes:

Invocation of Force Majeure and/or Frustration of Contract

In fact, the China Council for the Promotion of International Trade, a quasi-national body, has already issued 3,325 Force Majeure Certificates for contracts worth $38.5 billion due to the Outbreak. However, without an express provision of Force Majeure in the contract, this certificate may not be legally enforceable.

While dealing with Chinese Companies, it is best to draft Force Majeure Clauses as per International Commercial Law.

Following the English Law, in the absence of a Force Majeure Clause, the doctrine of frustration is applied.

In Industrial Finance Corporation of India Ltd. vs. The Cannanore Spinning & Weaving Mills Ltd. and Ors., the Apex Court observed that :

“It may be noticed here that the Statute( Section 56 of the Contract Act) itself has recognized the doctrine of frustration and encompassed within its ambit an exhaustive arena of force majeure under which nonperformance stands excused by reason of an impediment beyond its control which could neither be foreseen at the time of entering into the contract nor can the effect of the supervening event could be avoided or overcome.”

In line with the Indian Legislation, responding to the worries of industries, the Finance Ministry has recognized Coronavirus as a natural calamity and has declared that businesses with ties in China can invoke the Force Majeure Clause. However, it has to be kept in mind that the extent of the liability curbed by an invocation of Force Majeure Clause would, most probably, depend on individual contracts and circumstances.

Globally, whether parties of a contract can invoke the Force Majeure Clause and / or the doctrine of Frustration of Contract given the Coronavirus Outbreak must be determined on a case-to-case basis.

Cautious drafting of the force Majeure clause is necessary for using it as a defence for breach of a contractual obligation. The consequential implications of Force Majeure Clause would be highly dependent on the wordings, jurisdiction, and circumstances of the Contract.

Inclusion of as many specific circumstances as possible followed by a wider catch-all provision is the safest way to go in drafting a Clause of Force Majeure.

Previous articleMarital Rape is still Rape!
Next articleFrench Court on Uber and its Drivers