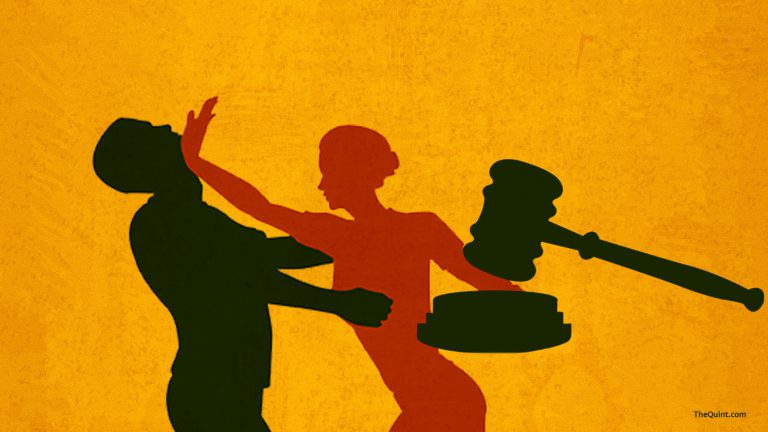 Section 375 of the Indian Penal Code (IPC) provides for six circumstances under which if a man has sexual intercourse with a woman the same will amount to Rape. However, there is an exception carved out to section 375 which is as follows:

“Sexual intercourse by a man with his own wife, the wife not being under fifteen years of age, is not rape”. This exception rules out protection against Marital Rape. This makes India one of the 36 countries in the world where Marital Rape as such is not illegal (1).

The stance of Indian Judiciary is to not “interfere” in the institution of marriage because marriage is a “sacrosanct” relation, the court is of the opinion that such interference will violate the right to privacy of the married couple. In Shankar Routh vs Soma Dutta., the Court stated that, sacrosanct relationship and the purity of institution of marriage is to be preserved between the two spouses. The judiciary has passed ample judgments emphasizing the importance of sex in a marriage, for instance in the case of Dastane v. Dastane, wherein it was observed that, “sex plays an important role in marital life and cannot be separated from other factors which lend to matrimony a sense of fruition and fulfilment.” An analysis of these judgments will give the idea that the judiciary is still upholding the ideology of Mathew Hales C.J from the colonial era whose opinion on Martial Rape was, “the husband cannot be guilty of a rape committed by himself upon his lawful wife, for by their mutual matrimonial consent and contract the wife hath given herself in this kind unto her husband, which she cannot retract” (2)

On October 11, 2017, the Supreme Court of India, in the case Independent Thought V. Union of India, ruled out that “sexual intercourse with a girl below 18 years of age is rape regardless of whether she is married or not” stating that the exception in the rape law was arbitrary and violative of the constitution. While judgment is positive move towards criminalizing marital rape it raises the question as to why the court didn’t extend such protection all women regardless of their age.

The 172nd Report of the Law commission (3) in addition to making rape laws gender neutral suggested that the explanation of Marital Rape under exception 2 of section 375 of IPC should be deleted. “Forced sexual intercourse by a husband with his wife should be treated equally as an offence just as any physical violence by a husband against the wife is treated as an offence.” However, later in 2012, a Parliamentary Standing Committee on Home Affairs in its 167th report on the Criminal Law (Amendment) Bill, 2012, observed that, “if a woman is aggrieved by the acts of her husband, there are other means of approaching the court. In India, for ages, the family system has evolved and it is moving forward. Family is able to resolve the problems and there is also a provision under the law for cruelty against women. It was, therefore, felt that if the marital rape is brought under the law, the entire family system will be under great stress and the Committee may perhaps be doing more injustice.” (4) In August 2017, the Delhi Government via an affidavit filed in the High Court stated that there was no need to criminalize marital rape as such offence is covered under the definition of ‘cruelty’ under IPC.

The available legal remedies to a wife who is a victim of Marital Rape can file a complaint under Section 3 of Protection of Woman from Domestic Violence Act (PWDA), which includes abuse caused to wife of physical, sexual, verbal and emotional in nature. This Act however, only provides for the following: “relief by way of a protection order, an order for monetary relief, a custody order, a residence order, a compensation order or more than one such order”. The other protection provided for under this act is filing a complaint for the offence of Section 498A of IPC i.e. Cruelty. The problem with the inclusion of marital rape under ‘cruelty’ is that the crime of rape is distinct because of the very nature of the crime itself. It definitely is a form of cruelty; however, this cruelty is distinct from physical violence and mental violence. It has complex patriarchal and power structures attached to it. This is also indicative through the treatment of rape as a distinct offence in the criminal statutes from grievous hurt or assault.

The other problem is with the understanding of the term cruelty by Courts. In Bomma Ilaiah v. State of Andhra Pradesh, the court observed that in order to convict a person for cruelty the degree of intensity of such unjust conduct on the part of the accused is such which is likely to drive the woman to commit suicide or to cause grave injury or danger to life, limb or health. In this case it was alleged that the husband forced sexual intercourse with his wife and inserted a stick and his fingers in her vagina causing severe pains and bleeding which made the victim unconscious. Even in this case the court did not charge the accused for cruelty. This is because the peculiar evidentiary requirements of rape under Section 375 are not the same as required under Section 498A.

Since, PWDA and IPC both do not provide for adequate protection for marital rape coupled with the report of National Family Health Survey it is necessary to follow the recommendations of the Law Commission (abovementioned) and criminalize marital rape in India just like most of the countries in the world.