All You Need To Know About The Odd-Even Plan 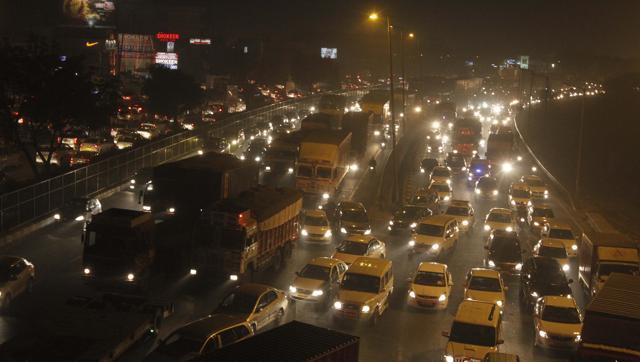 Never before has the city of Delhi been so obsessed with elementary math. From autowallahs to neighbourhood aunties, all everyone seems to be talking about is Kejriwal’s odd-even formula, and every Tom Dick and Harry seems to have something or the other to say about it – everyone has an opinion. One thing amidst this sea of opinion that is universal is that everyone deems this move as indisputably bold. It takes a lot of conviction to step up and tell the people of Delhi that they shall soon have to trudge through their daily lives outside their comfort zones. But then again, the rising level of pollution in the city is cause enough to warrant the sort of conviction shown by the Delhi Chief Minister.

Starting from the 1st of January, the streets of Delhi will see odd and even numbered licensed plates on alternate days. It is being estimated that close to 10 lakh cars will go off the roads once this plan is implemented.  No formal structured plan has been formulated by the Delhi government as of now (a plan is expected to be released on the 25th of December 2015) and one of the few things that are certain is that license plate restrictions are going to be imposed on cars. Odd numbered license plates shall run on odd dates and even numbered license plates shall run on even dates. This restriction is only going to be imposed on private vehicles, and there are talks about exempting cars being run on CNG, single women and handicapped people from this rule. Arvind Kejriwal has made it abundantly clear that this plan is to be implemented only on a 15 day trial basis. He has repeated it over and over again that if the implementation of this plan causes inconvenience to the people of Delhi then it will be done away with.

A large number of carpooling platforms such as ibiboryde.com, BlaBlaCar, carpool.in etc. have come to the fore after the announcement of this new policy. These platforms allow for people to share their cars with each other for a minimum fare. There also exists a system to review rides and an option to refuse from taking people on in your car. BlaBlaCar also links user’s profiles with their social profiles to ensure a greater sense of security. Apart from that the Delhi Government also plans on sensitisation programmes to raise greater awareness amongst the masses about the problems that arise due to a degradation in the quality of the air. The Delhi Metro, too, is planning on increasing the frequency of the metros that run on their major routes, with new trains to be added within the next six months or so.

In spite of all this, this plan has been met with a lot of dissent and scepticism. Most of this dissent and scepticism is based on the fact that they will have to compromise on their personal convenience. Most people in the city are hardly aware of the health hazards that arise due to a degradation in the quality of the air that they are breathing and hence, do not understand the gravity of the situation. However, once they do grasp this gravity, this scepticism will only go down. It is similar to when the Swedish government introduced congestion taxes on cars in Stockholm in 2006. It was initially met with a lot of dissent, but once people saw the plan working, they were convinced. Now Stockholm is on its way to become a fossil fuel city. A lot of roadblocks have to be cleared before Delhi can follow in the footsteps of Stockholm. However, it is good to see that the Government is taking certain initiatives to provide a ray of hope through the thick smog that hangs over the city of Delhi.