A Brief History and Analysis of the NDPS Act 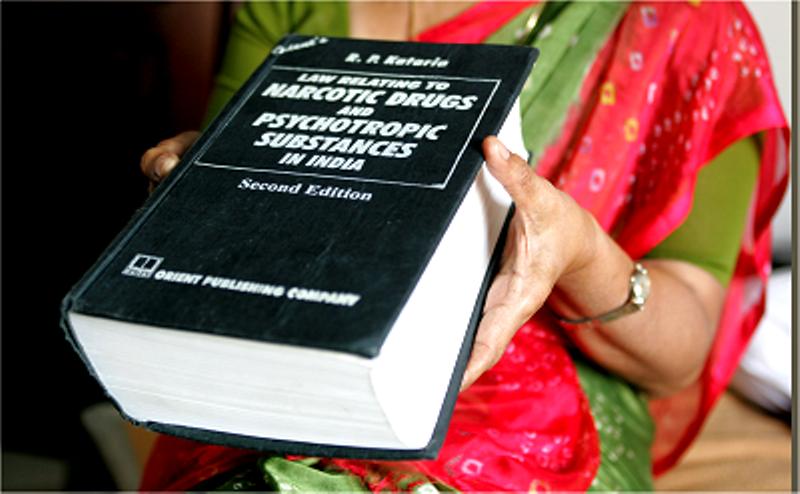 With the advent of World War II there was a rise in the availability of recreational drugs and their consumption. This could largely be attributed to a number of factors. Firstly, a large section of the world population was subject to psychological problems of a wide variety. This could be seen in a number of war veterans who seemed to face a post-war crisis of existence filled with a void and emptiness. This could have been fuelled by the fact that this period saw rising levels of unemployment due to demand-supply disproportionalities. Another reason for the increase in addicts could be attributed to an increase in the availability of these drugs. For example; there was an increase in Western- tourists to certain third world countries where specific substances are indigenous. The phenomenon has become graver in India over the years where the number of drug users has increased rapidly.

The problem is multidimensional as drug use is often correlated with other offences such as organized crime and human trafficking along with health hazards like HIV-AIDS. The country known among drug users for opium and cannabis has witnessed a surge in drug-tourism over the years. The need for legislation was recognised by the British through the enactment of the Opium Act of 1857 which was followed by another legislation of the same name in 1878.The desire for an all-encompassing legislation was only fulfilled in the 20th Century with the Dangerous Drugs Act of 1930.These enactments however were far from perfect as they were not equipped to tackle drug use in a holistic manner. Another issue was that of effectiveness as they provided for meagre punishments which could not serve as a sufficient deterrent for habitual offenders.

The Second World War however brought the establishment of various International bodies that oversaw the evolution of various general principles. The clearest manifestation of this general principle in the context of health can be found in Article 25 of the Universal Declaration of Human Rights and Article 12 of the International Covenant on Economic, Social and Cultural Rights which seek to promote the highest attainable standards of physical and mental health. Along with these general principles, there were also specific international instruments like the Single Convention on Narcotic Drugs, 1961 and, more importantly, the Convention on Psychotropic Substances, 1971 which aimed at tackling drug use and abuse in a wider sense.

In view of rising International standards and awareness, India saw the need to incorporate these principles into a substantive legislation that would function holistically in the domestic sphere. Hence, the ‘National Drugs and Psychotropic Substances Act’ is born with its enactment by President Giani Zail Singh in 1985 .The act is dichotomous as it deals with trafficking of prohibited substances i.e. cultivation, manufacture, distribution as well as their consumption. The act classifies drugs into small, less than commercial and commercial and lists punishments based on this classification. The enactment includes substances obtained from nature such as Ganja (Marijuana) along with narcotic and psychotropic drugs. For e.g. ; Sec. 8 of the Act explicitly prohibits the cultivation of opium, poppy, coca or cannabis plants as well as the production, manufacture, distribution including warehousing, transport, purchasing and selling of prohibited drugs and psychotropic substances.

It also prohibits their financing as well as consumption and harbouring offenders guilty under the Act. The level of punishment depends not only on nature but also in quantity with a sentence extending as long as 20 years and a fine as much as Rs.2 lakh. The act however came under a lot of criticism for the inclusion of the death penalty in case of repeat offenders if the quantity of drugs exceeded a certain threshold . This was however clarified with an amendment in 2014 which established that regardless of its presence as a substitute to other offences, the application of the death penalty is not mandatory . To reduce the burden on the Sessions Court, matters involving an offence are heard by a special court. This has been made possible through an amendment in 1989 which paved the way for the establishments of special Courts for expeditious resolution of disputes . Although this legislation is essential and was the need of the hour when it was drafted, it is not without its shortcomings.

Although drafted in consonance with International principles, it contradicts general principles of Human Rights by presupposes the guilt of the accused and puts the onus on the accused to prove innocence. It further states that, unless the contrary is proved, it will be believed that the accused intentionally held the illicit drugs that were found in his possession . Apart from being a substantive law, the NDPS has also been responsible for spreading awareness about the ill effects of drug use. The Department of Social Welfare has been declared as the nodal agency that monitors the initiatives undertaken by various organizations, public and private, for spreading greater awareness about the deleterious effects of drug abuse. A central agency, known as the Narcotics Control Bureau, is tasked with the responsibility of overseeing the activities undertaken by various law enforcement agencies and to ensure constant compliance with various international instruments that India has signed.

To deal with its inadequacies, a bill to amend the NDPS Act was passed by the parliament in 2014. The amendment aims to bring the Act in line with changing trends and current International standards as opposed to when it was enacted. The amendment also include provisions to improve treatment and care for people dependent on drugs, moving away from abstinence oriented services to treating drug dependence as a chronic, yet manageable condition. The highlight however is the inclusion of certain ‘essential drugs’ which pave the way for a progressive mind-set . Although the amendment opens the way for private sector involvement in the processing of opium and concentrated poppy straw, it remains silent on the issue of marijuana that has been generating smoke in large sections of the International community.

Previous articlePlea in SC To Re-impose Ban on Dance Bars
Next articleDegree Without Plus Two Valid: Madras HC