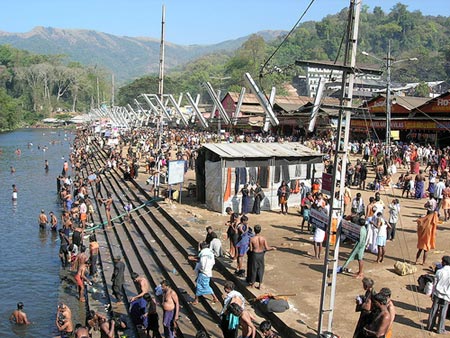 Sabarimala is a Hindu pilgrimage centre in Kerala. The temple is situated on top of a hill and is believed to have the highest number of annual pilgrimages. This temple allows men of all ages to enter the shrine and pray. However, women who menstruate (between the ages 12 to 50 years) are not allowed to enter the premises. This has recently caused a lot of uproar amongst feminists and citizens as to what the reasoning behind this was and that women should be allowed to enter the shrine.

In 1991 the High Court of Kerala had ruled on a case about the same matter. The High Court had declared that the customs should be followed and women were not permitted to enter the temple. The women of Indian Young Lawyers Association with its president Naushad Ahmed Khan filed the PIL seeking entry for all women and girls in the temple.

The traditionalists have three major arguments as to why women should not be allowed to enter. Firstly, the deity believed to have been residing in the temple is a ‘brahmacharya’ and that the Constitution believes that citizens’ beliefs should be protected. The second argument is about the notion of ‘impurity’ attached to a menstruating women and how they are not allowed to be in areas that are ‘pure.’ Lastly, it is not safe for women to undertake the strenuous trek to the temple. The first argument is not a valid argument even if it is a question of belief since Article 15 of the constitution guarantees no discrimination against a person on the basis of religion, race, caste, sex or place of birth. The arguments about impurity and safety both reflect a patriarchal view where women play inferior roles to men. The Supreme Court has also pointed out in one of the hearings that unless there was a constitutional right to prohibit women’s entry, they must be allowed to worship at the shrine.

Shutting women out shows the women are still not being given an equal status to that of men and this is the main problem. The logic behind shutting out women is based on orthodox and outdated views. In a country where female deities are worshipped, shutting out women is being hypocritical. This case is being heard at the Supreme Court and the judgment is yet to be declared.