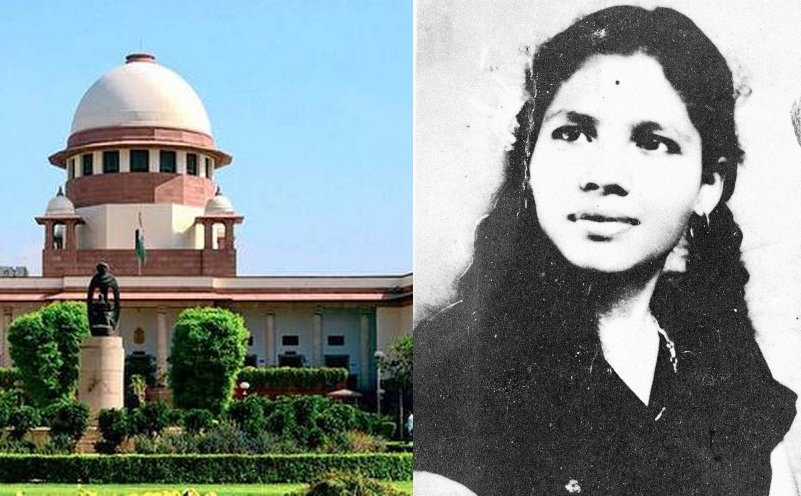 It is my Belief that death is a friend to whom we should be grateful, for it frees us from the manifold ills which are our lot

As human beings, out the umpteen desires that we have, one of them is definitely to have a peaceful death. We wish to die in peace and with dignity but when one is in excruciating pain he/she gives his consent to end his /her life to relieve the pain and suffering. This practice is called Euthanasia.

The legalisation of euthanasia has been a raging topic of debate in our country for quite a while now. Euthanasia is an act or practice of painlessly putting one to death who is suffering from an incurable disease or any other condition likely to result in death or a permanent inability to function, on the request of the patient. Also referred to as mercy killing, euthanasia mainly identifies with people who have become incapacitated or do not want to suffer for the rest of their life. While this sounds very similar to suicide, suicide and euthanasia are two different concepts. Suicide is the act of intentionally causing one’s death that is a person is ending his life by his own act. The basic objective of euthanasia is to ensure a less painful death to a person who is going to die after a prolonged period of suffering.

Euthanasia is mainly classified into 5 categories which are:

1. Active Euthanasia: Active euthanasia means putting an end to a person’s life by active means for example administering lethal dose of medication to the patient.

2. Passive Euthanasia: Passive euthanasia involves intentionally letting a patient die by withholding or withdrawing artificial life support such as a ventilator or a feeding tube, following which the patient dies.

4. Involuntary Euthanasia: A patient’s life is brought to an and against his/her wishes ;thus amounting to murder.

5. Non voluntary Euthanasia: This practice is conducted when the patient is mentally competent to give his /her consent. In such cases the consent is mainly given by the family members /relatives of the patient who are acting in the best interest of the patient.

As of March 2018, active human euthanasia is legal in The Netherlands, Belgium, Colombia, Luxembourg, Western Australia and Canada.

In our country, the topic of euthanasia came into the limelight in the case of Aruna Ramchandra Shanbaug vs. Union Of India. Prior to this case, there were two other cases which dealt with the constitutional validity of Section 309 of the Indian Penal Code. Section 309 (attempt to commit suicide), Section 305 (Abetment of suicide of child or insane person) Section 306 (Abetment of suicide) are all the relevant sections to this issue.

In this case, a five judge bench of the Supreme court overruled the former decision. The court upheld the constitutional validity of sections 306 and 309 IPC. The court held that ”the right to life” is inherently inconsistent with the ”right to die as is death with life”. The decision manifested that the Right to life not only prevented the right to die but also the right to kill.

Similarly, in Naresh Marotrao Sakhre v. Union of India Lodha J. had stated that ”Euthanasia or mercy killed is nothing but homicide whatever the circumstances in which it is affected.”

Aruna Shanbaug vs. Union Of India

Facts of the case :

Aruna Ramchandra Shanbaug was working as a nurse in King Edward Memorial Hospital in Parel, Mumbai. She was attacked by a sweeper on the evening of 27th November, 1973. He wrapped a dog chain around her and sodomized her. This act led to the stoppage of oxygen supply to her brain resulting in a brain stem contusion, cervical cord injury and cortical blindness. She was found by a cleaner on the next day at 7.45 am. The strangulation by the dog chain led to Aruna going into a persistent vegetative state. She had been surviving on mashed food and as she completed 60 years of age. Her bones had become brittle and her wrists were twisted inwards. She was virtually a skeleton and had no state of awareness. Her brain was non functional and she wasn’t able to swallow any liquid food without the assistance of gravity.

In 2009 writer, journalist, and human rights activist Pinki Virani had filed a euthanasia petition on behalf of Aruna Shanbaug claiming to be her next friend. In the petition, she argued that the ”continued existence of Aruna is in violation of her right to live in dignity”. She pleaded the respondents to stop feeding Aruna and to let her die peacefully and most importantly with dignity. By then Aruna had been in a her condition for nearly 40 years and was being taken care of by the hospital staff who had been looking after her every need.

The Supreme court rejected Pinki Virani’s plea on the grounds that Aruna was not brain dead and she reacted to some situations on her own. For example, she used to make sounds when she has to pass stool or urine. Apparently, she also looked happy when she received her favorite food items like fish and chicken soup. She did not like it when there were too many people in the room and made sounds to indicate her discomfort. She also seemed to enjoy the devotional songs which were played in her room, as it had a calming effect on her.

However the court in a landmark judgement, allowed “passive euthanasia” of withdrawing life support to patients who are in a permanent vegetative state. It also made distinctions between active and passive euthanasia. Accordingly, the Court laid down guidelines on how passive euthanasia would be legally allowed through a High Court monitored mechanism.

Aruna Shanbaug passed away on the 18th of May, 2015 due to pneumonia.

The inputs of Justice D.Y. Chandrachud in this case

On the 9th of march 2018, a five judge bench consisting of Chief Justice Dipak Misra, A.K. Sikri, A.M. Khanvilkar, D.Y. Chandrachud and Ashok Bhushan held that the right to die with dignity is a fundamental right.

1. Does the Constitution provide the right to refuse medical treatment? If it does can the individual decide the course of action? Does the doctor have a duty to respect this right?

He also stated that the court has to consider euthanasia and its impact not only at an individual level, but also at the institutional, governmental and societal levels. He was also perturbed by how the court equated Shanbaug’s case with the Nazi war criminals.

He elucidated about the difference in active and passive euthanasia:

Involuntary euthanasia is the termination of life against the will of the person killed. It is illegal and amounts to murder.

The right to life is of utmost importance in the constitution of India. The right to die can be explained by the principle of “quality of life”. He said that dignity in death is protected by Article 21 and can be enforced against the state. The decision to withdraw medical treatment for a terminally ill patient is not done with the intention to cause death. Hence the act does not amount to culpable homicide or murder.

There are two forms of advance directives – A living will which indicates a person’s views and wishes regarding medical treatment and a durable power of attorney for health care and which authorizes another person to make medical decisions for the patient when he/she cannot.

Every individual has a right to die with peace and dignity. As far as the legalization of euthanasia is concerned – if it is able to lessen the pain of the patient then there is no harm in legalizing it. If the patient has given his/her consent to die, then he/she must have taken the decision taking into account all the considerations on what is best for him as Ralph Waldo Emerson had rightly said:

IT IS NOT THE LENGTH OF LIFE BUT THE DEPTH OF LIFE.

Previous articleJustice D Y Chandrachud’s path-breaking Verdict in the Sabarimala Case of 2018
Next articleJustice Hima Kohli: A Self-Made Woman in a Man’s World

Siddhi Shetty
I am a second year law student studying at Rizvi law college. I would describe myself as an extremely hardworking person who has an avid interest in the field of law. My parents have always tried to instill a sense of duty into me towards the society and I truly believe that the society will grow if and only if we as individuals come together and contribute something towards it.