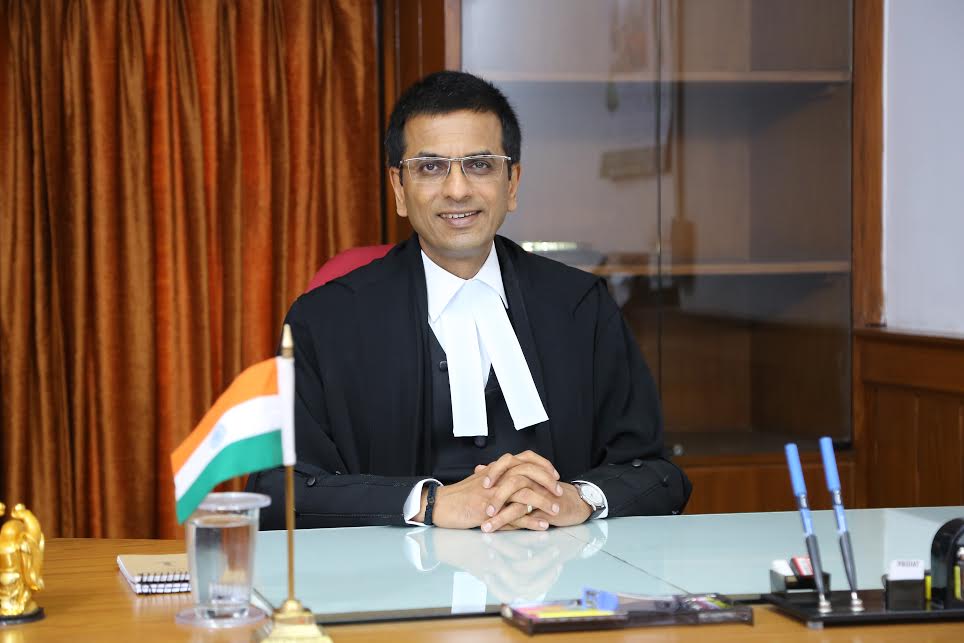 “Will the quest for equality and fraternity be denuded of its content where women continue to be treated as children of a lesser god in exercising their liberties in matters of belief, faith and worship? Will the pursuit of individual dignity be capable of being achieved if we deny to women equal rights in matters of faith and worship, on the basis of a physiological aspect of their existence?”

These questions were put forth by Justice D Y Chandrachud in a concurring verdict given in the Sabarimala case.

What was the Sabarimala Case?

The Sabarimala Temple located in the Pathanamthitta district of Kerala is a devotional temple centered on Lord Ayyappa. The temple prohibited the entry of women between the ages of 10 to 50 on account of them being of ‘menstruating years’. This prohibition is based on an age-old custom which strives to maintain the celibacy of Lord Ayyappa.

The deity at Sabarimala takes the form of a Naishtika Brahmacharya (eternal celibate).

It is claimed that the presence of menstruating women can deviate the Lord and his devotees from celibacy and austerity. Women have not been allowed to be a part of this pilgrimage due to their physiological features, considering them weak and unfit for the arduous journey.

Women are also considered to be impure while menstruating according to Hindu traditions and therefore the temple authorities have placed restrictions on the entry of women between the ages of 10 and 50 to preserve the temple’s sanctity.

This practice of prohibiting the entry of women and barring their participation in the 41 days penance ‘Vratham’ has been observed by the Ayyapan community since time immemorial as claimed by the Thantri of the temple.

On August 4, 2006, the Indian Young Lawyers Association filed a plea in the Supreme Court seeking to ensure entry of female devotees between the age group of 10 to 50 at the Lord Ayyappa Temple at Sabarimala.

On September 28, 2018, the Supreme Court struck the prohibition of entry of women as unconstitutional and allowed their entry in the Sabarimala temple.

What were the issues raised?

The bench lifted the ban and permitted women of all age groups to enter the temple. Four judges, in three separate opinions, ruled in favor of women’s entry, while one judge, the sole woman on the bench, dissented.

In a 4:1 majority, the court ruled that Sabarimala’s exclusion of women violated the fundamental rights of women between the ages of 10-50 years and held Rule 3 (b) of the Public Worship Rules as unconstitutional.

The dissenting judgment given by Justice Indu Malhotra stated that the interference of the Judiciary in religious matters can harm the secular tenet of the Constitution. She opined that:

“Constitutional Morality in a secular polity would imply the harmonisation of the Fundamental Rights, which include the right of every individual, religious denomination, or sect, to practise their faith and belief in accordance with the tenets of their religion, irrespective of whether the practise was rational or logical”.

Yet another remarkable judgment was given by Justice Chandrachud upholding the Constitutional veracity vis-à-vis the religious affairs of the country.

Justice Chandrachud gave a concurring judgment and comprehensively explained that the prohibition of entry of women in the Sabarimala temple is based on patriarchal values that cannot be at odds with the fundamental rights of the citizen.

Justice Chandrachud begins his judgment by stating the importance of the Preamble which lays down the four founding principles – justice, liberty, equality and fraternity.

He further elaborates on the importance of secularism in the Constitution conjoined with the four principles. And therefore for the purpose of religion, he firmly affirms that equality should strive among all the citizens.

The four founding principles are not disjunctive. Together, the values which they incorporate within each principle coalesce in achieving the fulfilment of human happiness. The Constitution cannot be understood without perceiving the complex relationship between the values which it elevates. So, liberty in matters of belief, faith and worship, must produce a compassionate and humane society marked by the equality of status among all its citizens. The freedom to believe, to be a person of faith and to be a human being in prayer has to be fulfilled in the context of a society which does not discriminate between its citizens. Their equality in all matters of status and opportunity gives true meaning to the liberty of belief, faith and worship. Equality between citizens is after all, a powerful safeguard to preserve a common universe of liberties between citizens, including in matters of religion. Combined together, individual liberty, equality and fraternity among citizens are indispensable to a social and political ordering in which the dignity of the individual is realised.

According to Chandrachud J., the answers to the binaries which have polarised our society lies in a transformative Constitution. In this case, the conflict between religious practices and the claim of dignity for women in matters of faith and worship, is essentially about resolving those polarities.

Chandrachud J.’s judgment has a section titled “The engagement of essential religious practices with constitutional values.”

He observes that the Respondents have failed to establish that the exclusion of women from Sabarimala is either an obligatory part of a religion or has been consistently practiced over the years.

The evidence, at best, demonstrates the celibate nature of Lord Ayappa, but this in itself does not establish that exclusion of women is part of Essential Religious Practice.

The Respondents submitted that the deity at Sabarimala is in the form of a Naishtika Brahmacharya: Lord Ayyappa is celibate. It was submitted that since celibacy is the foremost requirement for all the followers, women between the ages of ten and fifty must not be allowed in Sabarimala. There is an assumption here, which cannot stand constitutional scrutiny. The assumption in such a claim is that a deviation from the celibacy and austerity observed by the followers would be caused by the presence of women. Such a claim cannot be sustained as a constitutionally sustainable argument. Its effect is to impose the burden of a man’s celibacy on a woman and construct her as a cause for deviation from celibacy. This is then employed to deny access to spaces to which women are equally entitled. To suggest that women cannot keep the Vratham is to stigmatize them and stereotype them as being weak and lesser human beings. A constitutional court such as this one, must refuse to recognize such claims.

Chandrachud J. notes that the exclusion of women from Sabarimala on the grounds of celibacy and menstruation is one among countless ways in which patriarchy – as a social institution – works to keep women in a position of subordination.

Article 17 – ‘Untouchability’ and the Notions of Purity

Associating the prohibition of entry to women with Untouchability is perhaps the most striking part of Chandrachud J.’s judgment.

The Chief Justice and Nariman J. do not address this argument, and Malhotra J. rejects it on the ground that “untouchability” under the Indian Constitution is limited to caste-based untouchability.

Besides the struggle for independence from the British rule, there was another struggle going on since centuries and which still continues. That struggle has been for social emancipation. It has been the struggle for the replacement of an unequal social order. It has been a fight for undoing historical injustices and for righting fundamental wrongs with fundamental rights. The Constitution of India is the end product of both these struggles. It is the foundational document, which in text and spirit, aims at social transformation namely, the creation and preservation of an equal social order. The Constitution represents the aspirations of those, who were denied the basic ingredients of a dignified existence.

Chandrachud J. further argues that the meaning of fundamental rights ought to be determined by asking the following question: what was the legacy of injustice that the Constitution sought to acknowledge, and then transform?

That legacy was defined by social hierarchies and social subordination. At its most virulent form, this took the shape of caste untouchability. However, caste was not the only axis for exclusion from, and subordination within, the social order. There were others, prime among which was, of course, sex.

The incorporation of Article 17 into the Constitution is symbolic of valuing the centuries’ old struggle of social reformers and revolutionaries. It is a move by the Constitution makers to find catharsis in the face of historic horrors. It is an attempt to make reparations to those, whose identity was subjugated by society.

There is a direct nexus between untouchability and impurity and on this argument, Justice Chandrachud explains that the exclusion based on menstruation falls very much under Article 17.

The caste system has been powered by specific forms of subjugation of women. The notion of “purity and pollution” stigmatizes the menstruation of women in Indian society. In the ancient religious texts and customs, menstruating women have been considered as polluting the surroundings. Irrespective of the status of a woman, menstruation has been equated with impurity, and the idea of impurity is then used to justify their exclusion from key social activities.

All in all, the judgment given by Justice Chandrachud addressed the issues surrounding patriarchy and their believed sub-ordination of women’s position in society. He radically took into account the notions and taboos attached to menstruation and gave another noteworthy judgment.

Previous articleAfter repealing section 377, its time to Legalise Same-Sex Marriage in India
Next articleThe case of Aruna Shanbaug that changed the Euthanasia laws in our country

Aashi Shah
Zealous law student, currently in the third year. Aiming to spread awareness about the law in the most simplified manner.