Pre-nup, a must for the ‘to be married couples’? 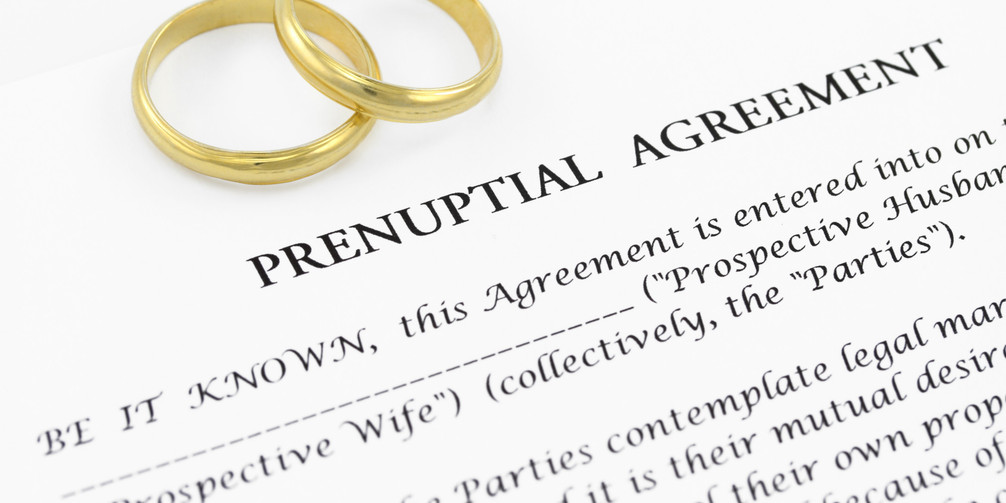 The rapidly changing lifestyle where stress, anxiety, societal pressure, gender-fluidity, self-independence and individualistic qualities have become the controlling factors while relationships and concepts like ‘male should be the breadwinner’ have taken a backseat, one can see the rapidly increasing divorce rates. Back in 1990, only 7.40 marriages failed per 1,000 marriages, but today, this number has increased to 11. This change might not seem very significant to most, but with the increase in literacy rate, awareness, and personality development, this number will only rise. It is not only the divorce rate that is rapidly increasing, but the marriage rate as well. So, more than ever, there is a pressing need for the individuals getting married to protect themselves in case of a divorce (hopefully, unlikely).

Be it failed celebrity marriages like that of Hrithik and Sussanne or a common marriage, protecting ones assets and loved ones is the number one priority while filing for divorce. This is where a pre-nuptial agreement comes into play. A pre-nuptial agreement, commonly known as a pre-nup, is a contract entered into by people intending to marry, before the marriage or the civil union. Its contents may vary from provisions of breaking up of assets to custody of children, in the event of a break-up or failed marriage.

Celebrity divorce lawyer Raoul Felder once said, “Today if you don’t have a pre-nup and you’re getting married, you ought to see a psychiatrist and not a lawyer.” Be it Kanye West and Kim Kardashian or Angelina Jolie and Brad Pitt, the prenuptial agreement has been signed by all.

Though this agreement is valid in various countries like Canada, Italy, Germany, and some states of United States, the Indian legal system does not recognise its validity in the event of a failed marriage. It is perhaps because of the notion that couples are made by the grace of God, in heaven. But, the ugly truth is that these nasty and unpleasant break-ups and divorces still take place, on the Earth.

The additional drama of sorting out finances and custody issues makes the already tormenting process of divorce worse for the parties by putting them through the wringer. Things become worse if you have a spouse who is hell bent on taking away each and every penny that you earned by blood, sweat, and tears. In such a situation, a fair deal seems to be impossible. But, there is a solution to that. Signing a pre-nuptial agreement.

Most of the matrimonial laws in India have provisions for the maintenance and alimony of the wife (The Hindu Marriage Act provides for both) and the amount payable depends on the partner’s circumstances, financial holdings, etc. The main reason for drawing a pre-nup is to determine beforehand what amount one will give or receive in case the marriage goes kaput.

Despite of the lacking legal sanctity of a pre-nup in the Indian Marital Laws, it can still be treated as a valid contract if a person and his/her spouse agree to go by its terms.

The major debate surrounding the legality of pre-nuptial agreements in India is based on emotional factors where a pre-nup is treated as an embodiment of mistrust and commitment issues. It is understood as giving up on one’s marriage even before it started! When people marry in India, they do not think of future possibilities. In fact, the Indian marriage laws themselves do not treat marriage to be a contract. Instead, it is a religious bond between two people and this is proved day in and day out by the various disputes between the Indian court and the Shariat Law, Hindu Marriage Act, etc.

This way of thinking is seen to be changing, especially in metropolitan cities, where almost 20-25% marriages are based on pre-nuptial agreements. In fact, this agreement is being seen as a tool of safeguarding the interests of women as well. The India’s Ministry of Women and Child Development, under the aegis of Maneka Gandhi wants the pre-nuptial agreement to be valid and has expressed that, “Our intention is that in the event that the marriage gets in to trouble, a woman should be able to get financial support without going through a lengthy, expensive process of divorce which may act as a drain on her resources and she may not end up with anything. The consultation will help us address the way forward.”

Despite this, the majority population still does not know that this kind of an agreement does exist. The common notion that the pre-nup is for the rich and the privileges, should be left behind. In fact, it is of utmost importance to the people who do not have a lot as a messy divorce can leave them running dry and bankrupt.

Though mostly a useful tool for the ‘to be married couples’, the pre-nup has seldom been seen to be used absurdly. Perhaps that is why it is often considered by many to be the latest fad that hit the matrimonial markets! With clauses like no remarriage after the divorce and the spouse not allowed to go on a vacation alone, one cannot deny that these agreements have often been farfetched in their nature.

The Supreme Court, with the lack of precedents, has not given its critical view on this aspect of law. Before making any decision, apart from the above mentioned advantages and disadvantages, the fact that legalizing the pre-nuptial agreement in India would ease the case load, should be kept in mind as well.

But a little bit of absurdity and craziness should not lead to undermining of the various advantages of making the pre-nuptial agreement valid.

On a concluding note, it is wiser to go in for a pre-nuptial agreement that clearly states a fair division of assets, finances, personal possessions, etc. rather than later on fight over one’s favorite set of silverware or piece of furniture.