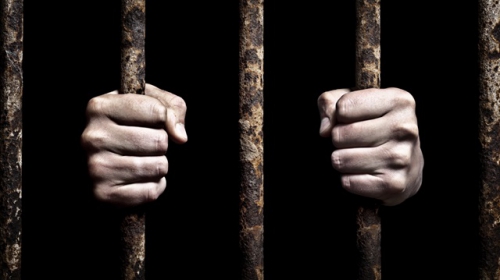 Incarceration can be defined as imprisonment and death by incarceration may alternatively be known as imprisonment till death. Everyone fears the end of life or death as we call it and so does the offender. In India, the death penalty is given for the rarest of rare cases and as per the reports of Amnesty International, nine offences under the Indian Penal Code and fourteen offences under other local or special laws. Whereas, on the other hand if any person is convicted for the offence of murder/attempted murder/ rape/ human trafficking or drug dealing etc he could be sentenced to life imprisonment. Life Imprisonment as clarified by the Supreme Court of India means imprisonment till death and not imprisonment for a term of either 14 years or 20 years as misconceived by many.

In the case of Gopal Vinayak Godse v/s Union of India[1], the Supreme Court for the first time held life imprisonment to be imprisonment for the remaining period of a convicts life. The power to commute the sentence of death to life imprisonment as per Section 54 and Section 55 of the Indian Penal Code lies with the Central and State government. Nevertheless, the essential condition herein is that the appropriate government cannot reduce the period to less than 14 years as given under Section 433-A of the Criminal Code of Procedure,1973. However, this is possible only under special circumstances and never applicable for the rarest of rare cases. The death penalty can only be converted to death by incarceration in such rarest of rare cases.

We may have heard of many cases wherein the offender asks to substitute his death penalty for death by incarceration but have we ever wondered as to why such requests are made? Why does the offender feel that death by imprisonment would be any better than the death penalty? The hope that he/she might get a second chance at life is the reason for this hasty decision. Yes, I call it a hasty decision because it lacks judgment. Even though, I keep both death penalty and death by imprisonment at an equal stance but given the state of our present judicial system I’d say that death penalty would be better than having to live fighting a never-ending battle to be free, only to realise later that it was all a trap. Our legal system may have incorporated the specific order which could set the prisoner free after the completion of a minimum of 14 years in prison but by the time he wins he’ll probably be gasping for his last breath. However, this does not exist for the rarest of rare cases.

Another important facet which remains hidden is the condition of the jails in India. These jails are overcrowded, unhygienic and unsanitary. The offenders are shown the path to ‘reformation’ in a place where they’re treated poorly. Many reports have shown the plight of the prisoners in jail. Many a times the prison authorities appointed to maintain the decorum poses as a threat to the security of the prisoners. The prisoners are ill treated and tortured which has been said to be one of the vital causes for suicide by prisoners. Thus, the choice to opt for death by incarceration may not be a wise one if we keep in mind various other aspects.

Internationally too it may be seen that many countries like Germany, Spain, France,  the European Court of Human Rights and Namibia disapprove death by incarceration and considers it to be unconstitutional. The International Human Rights Law who may be in favour of life imprisonment prohibits imprisonment till death. Similarly, the International Covenant on Civil and Political Rights, of which India is a signatory, believes that the main aim of any punishment is to reform the individual and help in his social rehabilitation. Hence, it is argued that what exactly is the purpose of such a reformative punishment when the offender’s entire life is actually spent in a prison without the possibility of ever being released? This is the question of the hour that one must ponder upon. Going back in time, the real reason behind the evolution of the concept of punishment was transformation of the offender in order to make him a better person. It all began with ‘The Reformative Theory’ where the punishment was given to reform a person to the point where he/she regrets and as a consequence repents for all his/her wrongs. The main aim was to make such a person a better human being. The quirk of fate here is that although the offender may begin the journey of inner transformation but are unaware that all the roads lead to the same destination i.e. death.

To conclude I would say that Life Imprisonment without the likelihood of being released is the definitive form of injustice carried out in the name of justice against an individual. It is an offence for it attacks the human dignity in the worst possible way. Now I would only implore the concerned authorities to review this inhumane punishment and find a better alternative to reform offenders.

Previous articlePetition to Decriminalize Homosexuality to be Heard on February 2
Next articlePrivacy Please.