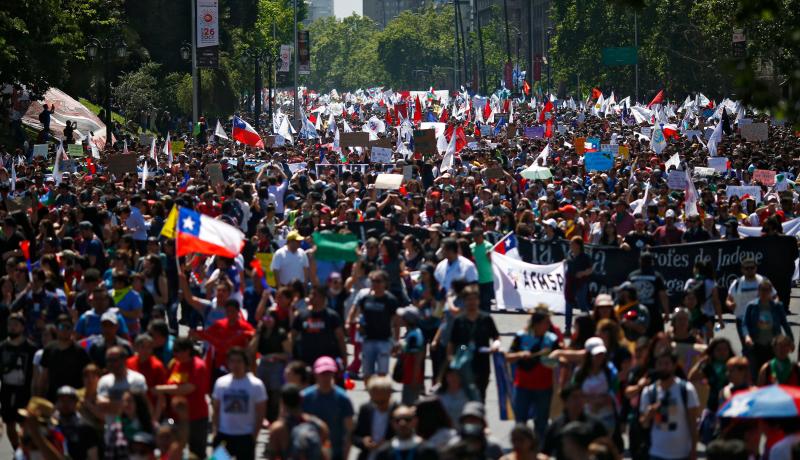 In light of the tumultuous events that unfolded in the Capital of India, it is pertinent to acknowledge the role of social media in triggering such hatred and violence.

Social Networking Platforms have been the main forum of discussion on the controversial Citizenship Amendment Act (“CAA”) and National Register of Citizens (“NRC”). People have argued and advocated their take on CAA-NRC widely across Facebook, Twitter and other social networking sites. In fact, the organization of protests was also carried out on social networking sites to some extent; with the leaders of the protests inviting people and telling them why it is important to raise their voices.

None of this is really problematic. The problem materializes when social networking sites are used as a platform to spread misinformation that supports a bias. This has been rampant and has been severely problematic from a long time, all over the world.

In 2017, in the on-going Baduria Riots, a State Executive Member of a National Party shared a video from a scene of a famous Bhojpuri Movie claiming it to be an incident of the Baduria Riots claiming a woman of one community is being abused by the other. The said fake video went viral increasing the tension between the rioting communities. Also, in 2013’s Muzaffarnagar Riots that have an unofficial account of 200 deaths; an MLA indulged in sharing a fake video claiming it to be a video of a mob of people from one community beating a young man from the other community. This video agitated the communities further, resulting in more violence. There have been many more instances of inciting communal hatred by the misuse of social media.

To list, in the on-going protests concerning CAA-NRC, political leaders indulged in inciting communal hatred as well. In the Delhi elections, we saw political leaders naming the protesters as ‘anti-nationals‘ and ‘traitors‘. Union Minister Anurag Thakur led chants of ‘Shoot the traitors‘ in campaigning during Delhi Elections. The video of the chants was widely circulated.

In the aftermath, a man opened fire at the students protesting against CAA, shouting “ye lo azaadi“. The shooter before opening fire posted ‘Shaheen Bagh, the game is over’ on his Facebook account. The shooting was also streamed live on his account; which now stands deleted by Facebook. Shockingly, the video of the man shooting had comments lauding the man for shooting at the protesters, for giving them a ‘befitting’ reply.

There have been fake videos and photos going around concerning the communal violence that took place in northeast Delhi as well. The more known example of the spread of misinformation vide social media, is the video of vandalism of two religious centres in the northeast Delhi; that was first dismissed as a video from 2018 but later found to be truthful by a fact-checking site. Another video is of the man that fired shots at the police. People from the anti-CAA mob claimed that the man was from the pro-CAA crowd. Explaining that the crowd behind the man shooting was holding saffron flags that marked the crowd of being from pro-CAA mob. However, a closer look at the screenshots of the video reveals that the alleged saffron flags were orange-coloured plastic crates; which was confirmed by another fact-checking site.

The journalists have the ethical obligation of fact-checking their stories. However, with the advent of social networking sites, news shared by the mainstream media becomes secondary to the information already fed to the masses by the social networking sites. Admittedly, the description of an event, in a social media post, often biased, instigates hate rather than imparting information. Moreover, people share photos, videos and description of incidents, with opinions, without checking veracity of the content shared.

Thus, with the rife spread of misinformation, it becomes difficult to find the primitive source of false information; and punishing those behind such a malicious post.

With more and more people being present on social media, its effect on politics and society have increased manifold. The widespread misuse of social media platforms and its effects on social unrest makes comprehensive legislation over this an issue of vital importance. However, the subject of freedom of speech would be a continuous part of the process of drafting / amending such laws. Although various fact-checking sites are coming up that verify the facts of an incident independently; yet there’s much more to do.

In the meanwhile, one must engage in verifying the information / pictures / videos before sharing them.