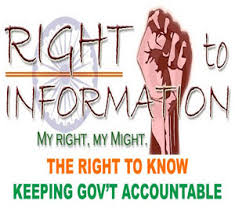 The CPIO merely stated that there was no record of complaints made against HC and SC Judges with the Central Government. The CPIO had further observed that disclosing names of Chief Justices against whom complaints had been levied would be highly improper. This view was upheld by the First Appellate Officer, but Information Commissioner Prof. M. Sridhar Acharyulu directed the Supreme Court Registry, the Department of Justice and the Law Ministry to disclose action taken on the complaint.

The CIC then pointed out that the Government had taken no steps to enable the Constitutional provision of appointment of eminent Jurists to HCs and the SC and lastly he stated that the Ministry of Law and Justice needed to disclose the status of the Judicial Standards and Accountability Bill as without an established system for handling of complaints there could not be any scope improving governance in judiciary.

Previous articleThe AADHAAR Conundrum: A Summary of The Proceedings Till Date
Next articleNew Challenge to AADHAAR [Supreme Court Proceedings]