Bhuj Horror: Religion invading the Privacy of Women in 2020 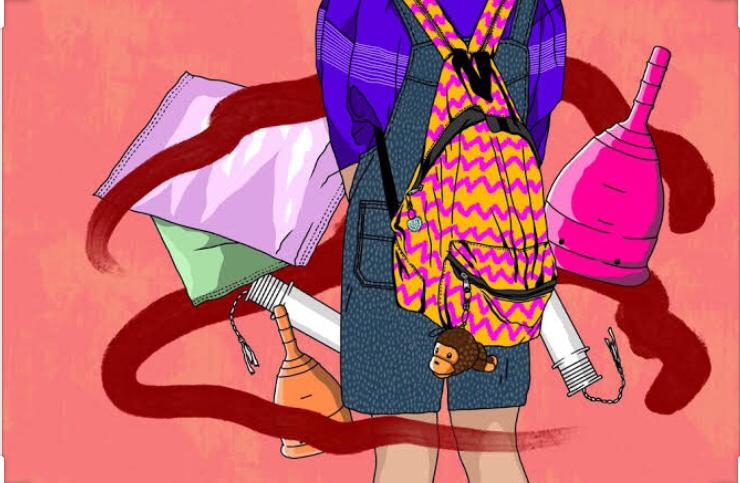 The Constitution of India grants the right to freedom of religion under Articles 25 to 28. The sub-section 2 of Article 28 does not bar an educational institution, which is administered by the State but has been established under any endowment or trust which requires that religious instructions shall be imparted in such institution, to provide religious instructions to its students.

An educational institution established on the lines of Article 28(2), namely, Shri Sahajanand Girls’ Institute (SSGI), at Bhuj, Gujarat has come under the scrutiny of the masses due to a rather scarring incident that took place in the hostel premises of the Institute. The infamous incident occurred when the Hostel Warden found a soiled sanitary napkin in the garden outside the Hostel and complained to the Principal that menstruating girls were violating the menstrual cycle norms of the college. The Principal then ordered the checking.

At least 60 girls were forced to remove their underclothes in the washroom of the hostel at Bhuj to prove that they weren’t menstruating even after the two menstruating girls came forward. It is also alleged that the girls were abused and humiliated verbally before the shameful exercise. However, the most exasperating aspect of this escapade is the fact that the girls were harassed over a biological process that every woman goes through, further substantiating the deep-rooted taboos associated with menstruation in our country.

Although such an Institution has the liberty to impart religious instructions, yet what is the extent of exercising such freedom? The adage “my liberty to swing my fist ends where your nose begins” needs to be taken into consideration.

As per the menstrual cycle norms of Shri Sahajanand Girls’ Institute at Bhuj, menstruating girls have to stay in the basement instead of the hostel, cannot enter the kitchen, have to use separate utensils and other belongings and have to be seated on the last benches of the classrooms until the time they stop bleeding. Even if the said incidence is set aside, the discrimination against menstruating girls under the menstrual cycle norms of the college bears an alarming resemblance to the discrimination against Dalits under caste-ism.

It isn’t a surprise that a nexus exists between menstruation taboos and serious human rights concerns, however, as a settled principle of law, human rights must not be compromised under any circumstances whatsoever. Any freedom conferred upon any educational institute is not absolute and cannot breach the human rights of an individual.

An FIR has been registered against the accused, but the underlying problem is not being addressed or remedied. The rules with respect to menstruating girls followed by the Bhuj College are as problematic as the behaviour of the accused.

It is interesting to note that there is no codified definition of a student in the Indian Jurisprudence, per se. The Constitution of the United States of America protects the rights of the students but the Indian Jurisprudence lacks even the concept of Student Rights. In a country where the student population accounts for more than 37 million of its population, the lack of student rights hampers the growth of the educational sector of the country as well as the Students themselves; especially, when we have religious educational institutions that are given the freedom to be administered as per their faith.

Be that as it may, it would be naïve to suggest that legislation concerning Students / Student Rights alone can prevent similar instances. This outrageous incident and the fact that this isn’t the first or last of its kind begs questions that are imperative to ponder upon, if not answered.

Can educational institutions like Shri Sahajanand Girls’ Institute impose their religious instructions on the students rather than imparting such instructions? If an educational institution can stigmatize and harass menstruating women, what can be expected from the common folks? What do we need to do to not let another group of students be subjected to a similar loss of face? ..so on and so forth.

Previous articleShould Gene Editing be performed on Human Embryos?
Next articleRight to be Forgotten- The EU Jurisprudence