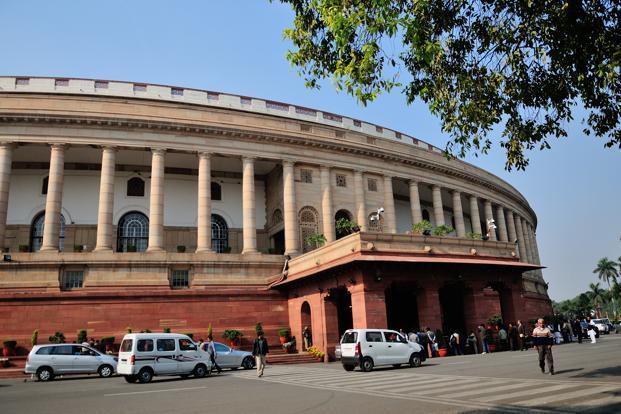 Similarly, MPs of only six more countries — Tunisia, Venezuela, Sri Lanka, Nepal, Haiti and Panama are drawing salary less than that of Indian MPs. This scenario is a particular cause of concern. India is the third largest economy of the world in terms of purchasing power parity and the fact that it ranks as the country with the 8th lowest salary of MPs is to say the least, shameful.

One of the reasons that the great Moghul Empire crumbled to ruins is due to the extreme miserly policies of Emperor Aurangzeb who greatly reduced the salaries of his officers which resulted in rampant corruption and revolts which became one of the reasons for the disintegration of the great Mughal empire after his demise. Parallels can be drawn to the situation then and what is happening these days where the first thing that comes to our mind when we think of ‘bureacracy’ or ‘public servants’ is Red Tape-ism and corruption which is eating away at India from the inside. But is the reason behind this actually the low salaries of the public servants? True, Indian Public Servants are underpaid monetarily but are they actually poor? Are they actually servants of the public or actually rulers in the garb of servants?

The connotation “public servant” is very different from its literary meaning, especially in the developing countries of today. Contrary to what a ‘servant’ would connote, the phrase “public servant” brings to our mind MPs and MLAs in swanky cars cutting a ‘special lane’ through the heavy traffic and wearing expensive monogrammed suits (See : Narendra Modi!).

Technically speaking, Article 106 of the Constitution of India provides that the members of either House of Parliament shall be entitled to receive such salaries and allowances as may from time to time be determined by Parliament by law. The Salary, Allowances and Pension of Members of Parliament Act, 1954, enacted in pursuance to the constitutional provision, governs the salaries and allowances of the members. A Joint Committee of the two Houses, constituted from time to time, frame rules, after consultation with the Government of India, to provide for matters like medical, housing, telephone facilities, etc. and for regulating the payment of daily and travelling allowances under the said Act. The Act and the rules made thereunder have been amended from time to time, in keeping with the changing times.

Now, in India, although the monthly salary of a member of parliament is barely Rs. 50,000 which seems meager as compared to the other developing nations, the numerous allowances and facilities more than compensate for this and in fact render the lives of MPs and MLAs much more comfortable and luxurious than the other developing nations. Among the various allowances allotted to MPs are – daily allowance (Rs.2000), constituency allowance (Rs. 45000), and travel allowances. These allowances are not subject to income tax.

In addition to the aforementioned facilities, many other facilities like LPG facilities, publication facilities, kendriya bhandars, steel lockers, greeting card facilities, club facilities, library facilities, banking facilities and the list is endless. Some of these facilities are even available to MPs who have retired. Basically, every aspect of the life of the MP is taken care of by these numerous facilities, the expenses of which are borne by the exchequer.

Yet, even after being accorded such a luxurious lifestyle by the public exchequer to the ‘public servants’, they allegedly lack in loyalty and service to the public and remain embroiled in  corruption – not the monetary kind but the one wherein there is a neglect and dereliction of duty (for example delaying tactics in the parliament).

The conclusion that can be drawn is that the Indian Public Servants are not at all underpaid. The solution to counter the problem of an ineffective legislature is to employ the carrot and the stick methodology. On one hand, the hardworking and honest public servants can be accorded bonuses and incentives if they are known to do good work in their spheres while on the other hand, erroneous and corrupt public servants should be awarded with harsh punishments and be disbarred from public service. The Prevention of Corruption Act 2013 is a right step in this direction. The arrest of Jayalalitha (although she was acquitted later) goes on to show that the Indian Judiciary is strong enough to tackle erring public servants. The legislature and the executive should also follow suit.