An Overview of the Intolerance Debate, 2015 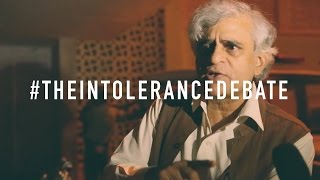 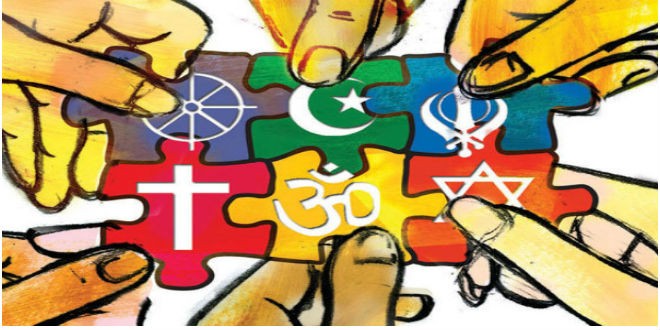 “The various religions are like different roads converging on the same point. What difference does it make if we follow different routes, provided we arrive at the same destination?”

“WE, THE PEOPLE OF INDIA, having solemnly resolved to constitute India into a SOVEREIGN SOCIALIST SECULAR DEMOCRATIC REPUBLIC and to secure to all its citizens:

EQUALITY of status and of opportunity;

FRATERNITY assuring the dignity of the individual and the unity and integrity of the Nation;

IN OUR CONSTITUENT ASSEMBLY this twenty-sixth day of November, 1949, do HEREBY ADOPT, ENACT AND GIVE TO OURSELVES THIS CONSTITUTION.”

Hence, India has been declared to be a secular nation i.e. equal respect being given to each religion and no tagging of one religion as the religion of the nation, as per the Preamble and thus the Indian Constitution. It is a part of the basic structure of the Constitution which cannot be altered. The Constitution also protects the Rights of the Minorities and even then the appalling Intolerance Debate was glorified in India. However, the first thing that needs to be explained is the meaning of “Intolerance”.

The issue of Religious Intolerance arose in India recently when the unfortunate incident of a man being lynched in Bisra Village near Dadri of Uttar Pradesh took place. On 28th September 2015, the 52 year old Mohammad Akhlaq was brutally lynched by a Hindu mob believing that he had stolen a cow from the temple and consumed the meat of the same on Eid-Ul-Adha. The priest of the temple announced in public about the cow being killed. It was rumoured that the cow was stolen by Mohammad and thus the Hindu mob went to his house carrying sticks which led to the death of Mohammad and left his 22 year old son Daanish brutally injured. However, after the investigations began the priest denied involvement in the incident and informed that he had been forced by some youngsters to make such an announcement. This appalling incident brought over a tide in India.

Many other incidents of the past which hinted towards India being intolerant were brought to the limelight. Intolerance extends over various other subject matters such as conflicts over movies, books, cricket, and plays and concerts as well. Thus, the instances of other incidents claiming India to be intolerant included the banning of beef in various parts of India such as that of Maharashtra, Haryana and Jammu and Kashmir, death of the reputed scholar and author MM Kalburgi for he spoke out against idol worship, the shameful ink attack by the Hindu Sena activists on MLA Abdul Rashid Sheikh for hosting a beef party or the chaos revolving around cancellation of the Ghulam Ali concert that was to take place in Mumbai and Pune by the Shiv Sena were amongst various others that were highlighted.

Apart from the overflowing opinions on Media and Social Networking Sites of those who believed that India is intolerant and those who opposed this belief, the celebrated stars of the film industry were not behind. Amir Khan, the perfectionist of Bollywood said that he supported his wife Kiran Rao’s suggestion to move out of India for it was not safe for the family. Various film personalities also started showing their support for the Intolerant India by returning their awards. It started when the eminent writer Nayantara Sehgal who also happens to be Jawaharlal Nehru’s niece returned her Sahitya Akademi Award after the Dadri incident took place, complaining that people were being killed in the society for not agreeing with the ideology of the ruling party. Her comments directly implied that the ruling party and ultimately the present Prime Minister of India; Mr.Narendra Modi was the reason for this intolerance in the country. She blamed Narendra Modi’s “reign of terror” as she called it which commenced from 2014. Thus, she too said India was intolerant. Superstar Shah Rukh Khan supported those returning their awards; however he later apologised for calling India intolerant and saying that it was dishonourable for any patriot to label his country as intolerant where secularism was the motto. A few weeks back, Sanjay Leela Bhansali’s film Bajirao Mastani was being questioned and linked to the intolerance as it was argued by many that it was a disgrace to show the Maratha hero singing and dancing like in the film. Nonetheless, such claims were irrational and had nothing to do with India being intolerant. There were numerous others who strongly asserted that India was not intolerant at all and that those claiming the same were just trying to demean the country’s ruling party for personal vengeance. Recently the very famous singer Adnan Sami was seen praising India and denying India being intolerant. He said that if India was intolerant he would not be granted with the citizenship of India.

There was no final conclusion to the Intolerance Debate per se and each individual still holds his opinion to be stronger than that of the other over this topic. The Prime Minister of India, Mr. Narendra Modi did not indulge in any form of quarrel or conflict and simply concluded his opinion in one statement by saying that there was no place for Intolerance in India and India wasn’t Intolerant at all.

For now, this debate seems to have taken a backseat but in a nation like ours you never know when the debate could be brought back in motion and start trending again. Here’s to hoping that one can peacefully and thoroughly think about all the incidents and see whether such events of the past actually have enough power to overshadow the tolerance prolonging in India and brand a nation like India as an Intolerant nation.