A battle against Infodemic: How reliable is your source? 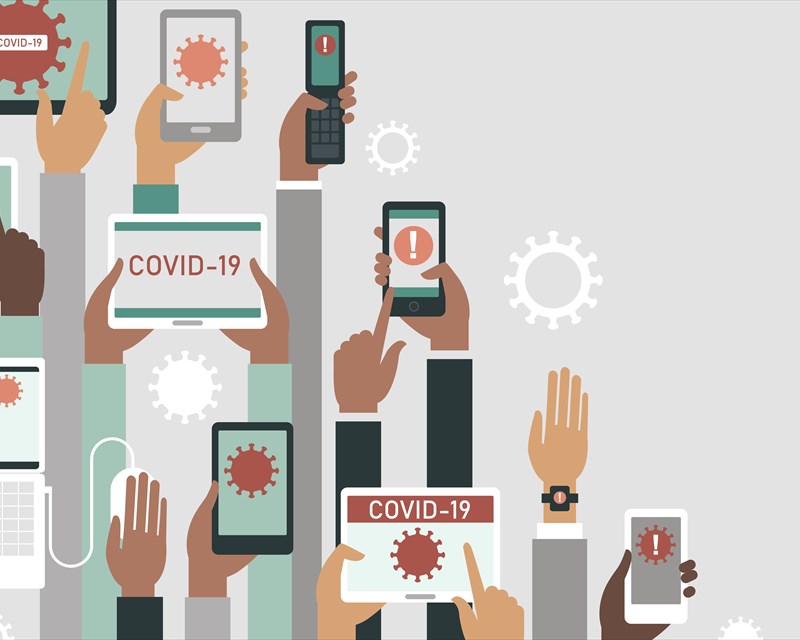 “We are not just fighting an epidemic; we are fighting an infodemic. Fake news spreads faster and more easily than this virus, and is just as dangerous.”

It is a no-brainer that as much Internet is a source of information it is equally or more so a source of misinformation. People are terrified and do not rationalize every piece of information they come across; this coupled with the excessive use of the internet during the current pandemic fuelled the rampant spread of fake news and hate speech. Giving birth to the infodemic status.  As of 22nd April 2020, the Cyber Wing of the Maharashtra Police alone has registered 258 FIRs in relation to offences pertaining to spread of fake news/rumours, misinformation and Hate speech via social media platforms such as Whatsapp, Tiktok and Facebook.

The Lockdown & the Migrants

The Ministry of Home Affairs via a circular dated 2nd April, 2020 called upon all the States and Union territories to set up an effective mechanism for controlling the spread of fake news. This circular was issued in light of Supreme Court’s order highlighting the chaos and panic created by the spread of the news that, “lockdown would last for more than three months”.

This false piece of information led the labourers; who will be unemployed due to the lockdown, to move in large numbers to their villages on foot. Thousands of migrant labourers left Delhi to reach their homes in the States of Uttar Pradesh and Bihar, by walking on the highways. This could have amplified the issue of the spread of coronavirus. To avoid it the State/UTs governments directed to set up a web-portal for people to verify facts and unverified news promptly. In addition to setting up shelter camps and relief homes.

Another instance of misuse and taking undue advantage of the gullibility of the masses over the internet; the creation of fake UTI (Unified Payments Interface) IDs. The government had launched the PM CAREs fund to collect donations to fight COVID-19. The funds collected under the UPI ID – [email protected] Shockingly, the Delhi Police’s Cyber Crime unit detected a fake UPI created under the ID name [email protected] The fake UPI led to confusion amongst the donors, causing the diversion of funds to the fake ID.

The current infodemic is also a breeding ground for the spread of hate speech, especially against the Muslim community. The event of hundreds of Muslims attending the Tablighi Jamaat in the Nizamuddin area of New Delhi has garnered a lot of attention on the mainstream media outlets. The gathering severely condemned and a number of people who attended the gathering tested positive of COVID-19. Thus, the event has also sparked communal hatred. A video doing rounds of social media platform portrayed a Muslim, who supposedly attended the gathering, spitting on the cops who arrested him. When the authenticity of the video was scrutinized it was in fact totally unrelated to the present pandemic. Moreover, hundreds of videos on the famous app ‘TikTok’ are instigating the Muslim community against the practice of social distancing. Thereby, causing unnecessary strain on the government officials in disciplining the crowd.

Presently, during the pandemic, the law regulating the spread of infodemic is the Disaster Management Act; and the all-encompassing Indian Penal Code (IPC). According to Section 54 of the Disaster Management Act: “Whoever makes or circulates a false alarm or warning as to disaster or its severity or magnitude, leading to panic, shall on conviction, be punishable with imprisonment..” Further, Section 188 of the IPC provides for punishment for disobeying the order of a Public Servant; and thereby causing “obstruction, annoyance or injury, or risk of obstruction, annoyance or injury..” and Section 505 makes it a criminal offence to, “makes, publishes or circulates any statement, rumour or report,.. Which is likely to cause, fear or alarm to the public, or to any section of the public whereby any person may be induced to commit an offence against the State or against the public tranquillity.”

The Role of Social Media Companies

The social media companies also assumed upon themselves the responsibility to take-down unverified information. And stay vigilant about the kind of content posted on their platforms. However, the Internet and Mobile Association of India said:

“While the platforms have taken positive steps to restrict the spread of fake news, any form of the take-down of content will still have to come via proper legal notices as determined by existing legal provisions.” Essentially saying that the report must be filed by the cyber department of the government or other authorized agencies.

The act of spreading fake news can have serious implications on the health of the citizens. As well as their finances and in some cases even cause communal violence. The government is doing their bit to control the spread of misinformation with as much power as they have. However, each citizen also has the duty to be cautious about the kind of information they come across; and question the authenticity of the information before clicking the ‘share’ button.