The PM-CARES Fund: Maintaining Secrecy More Essential than the Right to Information? 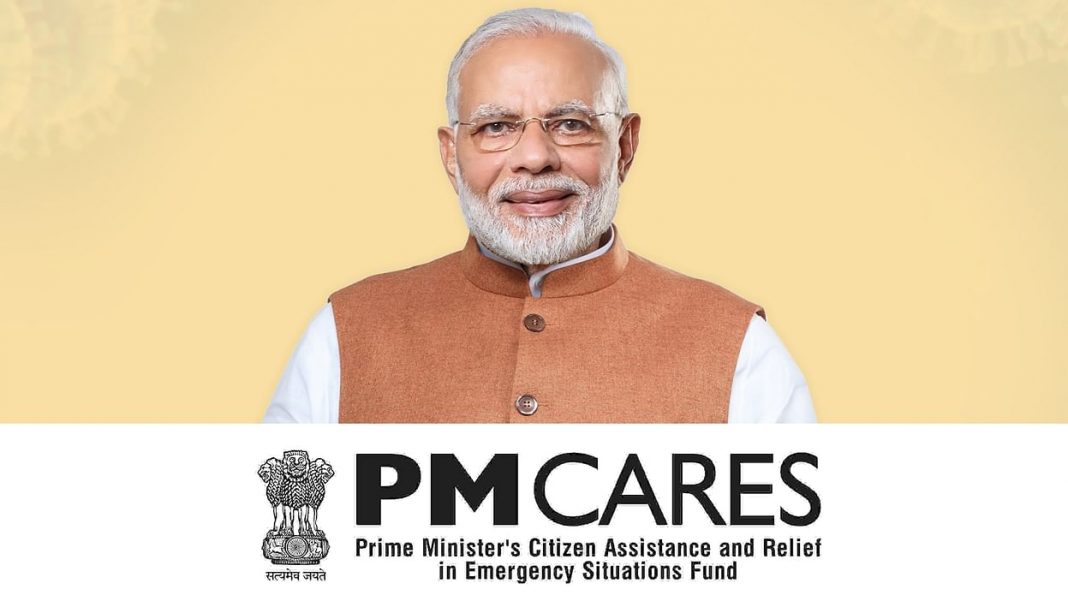 In recent times, the BJP Government stalled the enquiry into the government’s Coronavirus Response. The BJP did so by blocking the panel review for the PM-CARES Fund, created in March 2020. Allegedly, the Fund aims towards combating, containment and relief efforts against the coronavirus outbreak and similar pandemic-like situations in the future.

Overview of the PM-CARES Fund

Explicitly, the fund is said to solely and entirely consist of voluntary contributions from any individual and/or organization. It does not receive budgetary support to further the cause. Also, donations are completely exempt from Income Tax, and count as Corporate Social Responsibility expenditure in all records. The fund works along with the PM’s National Relief Fund (PMNRF).

According to sources, the deposited fund amounts to approximately 9,700. In fact, within 52 days of its establishment. According to the Prime Minister’s Office’s announcement dated 13 May, 2020, around 3,100 Crores stood allocated from the fund towards Coronavirus Relief, apparently the first expenditure, which is roughly 32% of the huge deposit of 9,700 crores.

Keeping this fallacy in mind, an RTI raised questions regarding the deposits as well as the expenditure through this fund. However, the response by the PMO clearly stated that the PM CARES fund did not qualify as a public authority for the purposes of the Right to Information Act, 2005. Subsequently, they refused to disclose:

Afterwards, this order was challenged by appeal, they again refused to disclose the desired information.

Further, the PMO went on to say that the fund would not be audited by the Comptroller and Auditor General of India. Since the fund consisted of private and not public funds. However, on the other hand, the Prime Minister’s National Relief Fund, although not officially audited by the Comptroller and Auditor General, did comply with audits questioning its spending, such as in the case of 2013 Uttarakhand floods.

This is one of the most important panels of the Parliament, which examines reports by the Auditor General. But, the Committee failed to reach a conclusion regarding the PM-CARES Fund as well as the aim of its establishment: the Government’s response to the Coronavirus.

In response to the appeal of action by Mr. Adhir Ranjan Chowdhury, the Chairman of the Committee and the leader of Congress in the House of People, the members of the Bharatiya Janata Party (BJP) cumulatively tried to stall his proposal of scrutinizing the government’s handling of the Coronavirus.

Consequently, this action by the Government raised questions and invited skepticism towards the fund. The BJP is clearly trying to hide something of essence to the general public. As a matter of fact, the PM-CARES Fund has never really been discussed or deliberated upon by the Government in power.

However, the Government has justified not subjecting the Fund to examination. The non-sanctioning by the Parliament has been cited as the reason. Therefore, the Committee does not have the authority to scrutinize or deliberate further upon the same. This justification does not suffice in public matters. That is, because the people deserve to know what they are investing in, as well informed citizens of the country.

Further, various reports and petitions have been filed pertaining to the secrecy of the PM-CARES Fund. On the 1st of May, Advocate Samyak Gangwal filed an RTI Application online to which the PMO had responded that the PM CARES Fund is not a public authority, as per Section 2[h] of the RTI Act, 2005.

In another case, Sri Harsha Kandukuri, an LLM Student, filed an RTI Application. He sought copies of the Trust Deed and other documents. On May 29, the PMO responded the same to him. PMO stated that the Fund is exempted from being under public domain and from scrutiny.

All attempts at trying to unravel the fallacies of the government hidden behind the confines of confidentiality of the PM-CARES Fund have gone in vain. The Government has bereft the people of their Right to Information. By depriving them of any and every means of finding out where the taxpayer’s money is being invested. The constant retaliation by the Government stands testament to the fact that there is something worth hiding. This absolutely contradicts the Gettysburg Address, the speech wherein the former US President Abraham Lincoln described a democracy as an institution that is ‘of the people, by the people and for the people‘.

Nikita Singh Gautam
I'm a Law student from Vivekananda Institute of Professional Studies. I'm here to learn more about this world, as are you. I have an inclination towards the field of Criminal Law. Other than that, poetry and photography have always intrigued me.