Should prostitution be legalised 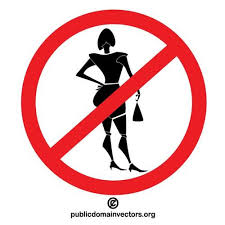 Prostitution is one of the world’s oldest profession. From the concept of Devdasis prevalent in the previous centuries to Mumbai’s Kamathipura being Asia’s largest red-light area, India is not new to prostitution. According to one count prostitution is an $8 billion a year industry with more two million prostitutes and 275,000 brothels. In another count in all of India, there are as many as 10 million commercial sex workers.[i] In India, prostitution is not banned. The Immoral Traffic Prevention Act, 1986 prohibits persons from conducting any such activity within a range of 200 yards of public areas.  Under the act practices like soliciting sex in a public place, kerb crawling (driving around areas for street prostitution), keeping a brothel, pimping and pandering (operating a prostitution business) associated with prostitution that is criminal. However, without these activities, carrying on prostitution is difficult, if not impossible. Thus, the general notion is that prostitution is not legal in India.[ii]

It has been suggested that prostitutes should be given licences. In order to get these licenses, a background check will be conducted to ensure that they are minor and are Indian citizens (It is common for girls to be kidnapped from Nepal and Afghanistan and sent to India for prostitution[vi]). Another problem that licensing aims to address is the health hazard. It is widely known that many prostitutes suffer from HIV and other sex related illness, there is also a possibility that they pass it on to their clients. Through regulation, health check-ups at specific intervals can be mandated. Prostitutes who test negative for STDs will be allowed to operate and who test positive can be given subsidised health care. Clients can check these licenses before hiring prostitutes and thereby ensure safe sex. A worldwide research conducted by Reuters showed that legalizing prostitution lowers violence and disease.[vii] It will also help regulate brothels where the majority of prostitution is practiced.[viii]

Other argue that prostitution will corrupt the Indian culture and such practices which were previously clandestine will be common place. Further, prostitutes are often sole bread-winners of their family. Too much regulation may reduce the demand and impact them adversely. There are various countries who have failed in uplifting women despite legalisation Germany’s experience of legalized prostitution doesn’t work. Woman are abused hour after hour in huge mega-brothels around German cities.[ix]