In light of the deplorable condition of migrant workers travelling via Shramik trains, highlighted by various news reports, the Akshaya Patra Foundation has taken up a noble initiative. The Project: Serving the Shramiks has targeted to reach 1,00,000 Shramik train passsengers to provide them with food and water. It has partnered up with Alumni of National Law School of India University, Bangalore (NLSIU) and Birla Institute of Technology, Pilani (BITS, Pilani) for this project. The project commenced from 3rd June when Shramik passengers were due to board trains at Delhi and Mumbai.

What led to the Project?

Due to the ignorant attitude of the government this isn’t the first time that the basic human rights of Shramiks were at stake. With snippets of news floating around that the migrant workers were deprived of sustainable meals in the blistering heat, common conscience gave way to a solution. The Alumni of NLSIU and BITS collaborated with the Akshaya Patra Foundation. The Non- Profit Organization works on providing cooked food to the poor and marginalized. Through this, the NGO was able to extend its services to the passengers.

Its first assignment was to deliver the food parcels to trains leaving from Gurgaon and Balasore stations. The journey of 24-48 hours would cause immense discomfort to passengers without availability of basic nourishment. According to sources, some of the passengers couldn’t make it to the destination as they died of starvation and heat. Women and children were the most to suffer due to these brutal conditions. Furthermore, the Foundation also aims to provide necessary assistance to migrants stranded due to the cyclone hitting the Western coast recently.

“Each packet contains bread, biscuits (2 packs), chikki, bananas, ORS (1 pack) and bottled water (2 litres). Each pack will cost Rs 50-60“. The Foundation will hand over the food packets to each passenger prior to their boarding the train. Moreover, foreign assistance has been enabled; all donations have been made tax-free. The project has received an overwhelming response since it has received donations half way over the mark, in just one day of its implementation. Many senior lawyers have contributed to this initiative including Adv. Rakesh Dwivedi, Mukul Rohatgi among many others. 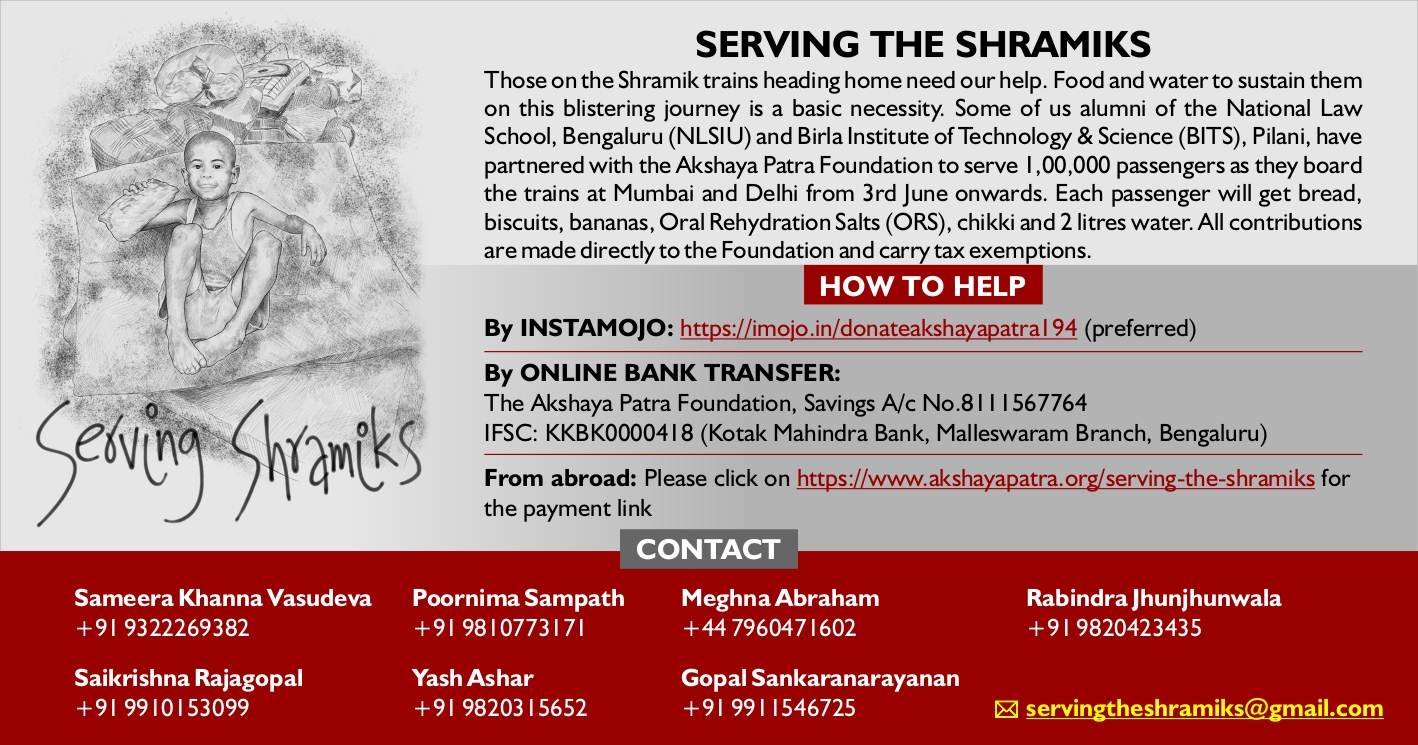 Facebook and Politicians Aligned – Hand in Hand or Hand in Glove?