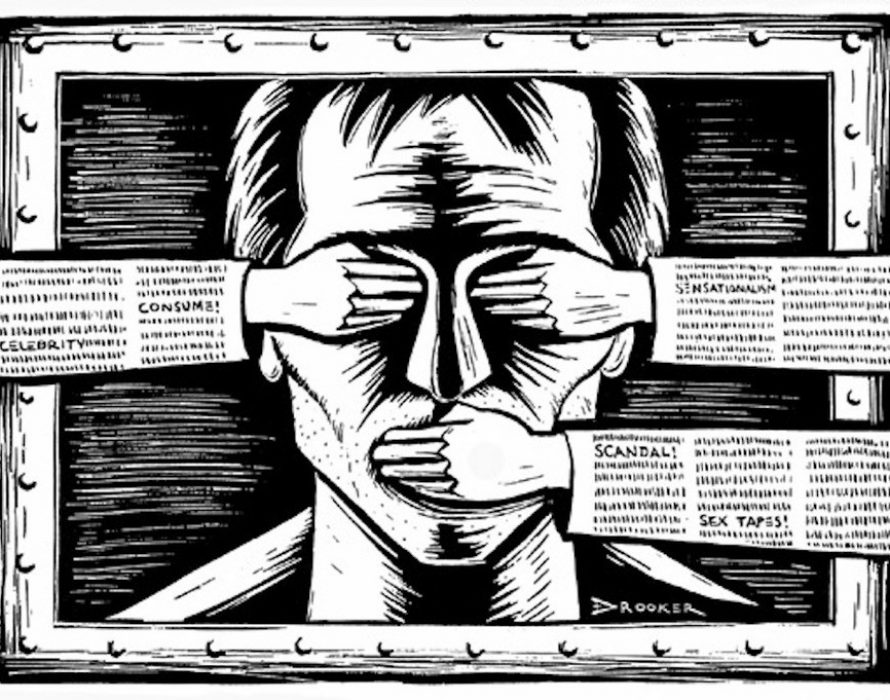 Mahatma Gandhi and Bal Gangadhar Tilak were the first prominent personalities who were charged with Sedition during the British Colonial Rule.

“Sec 124 (A) under which I am happily charged, is perhaps the prince among the political sections of the IPC designed to suppress the liberty of the citizen”. – commented Gandhi, during his trial.

The law of sedition was set in place in the British Colonial Rule to curb dissent amongst the Indian masses against their Rule. Drafted by Thomas Macaulay, the law was used against the political leaders of India, to suppress the threat they represented to the dreaded rule in the country.

Nevertheless, independent India retained the provision of sedition in the Indian Penal Code, 1870 (IPC) despite the intention with which it was drafted. The retention was questioned and opposed by political leaders of independent India, like Pandit Jawahar Lal Nehru. In 1951, he went on to say, “the sooner we get rid of it the better”, terming sedition as highly objectionable and obnoxious.

Fast forward to 2020, the debate on sedition and the law itself are still in place.

The law of sedition is defined under section 124-A of IPC. It is a non-bailable offence, punishable by imprisonment of 3 years, to imprisonment for life, with or without fine. However, the proceedings for a charge under sedition cannot be initiated without the written consent of the State Government or the District Magistrate, as per S.196 of the Code of Criminal Procedure.

A person charged with Sedition is barred from holding any government office. Such a person has to live without their passport and present themselves before the court as and when required. Any case filed under Sedition cannot be withdrawn by the Complainant. Accordingly, a person accused of sedition has to wait until the disposal of the case, and the pendency of cases in the Indian Courts, makes the disposal of such cases, however arbitrary, a long-drawn process.

“The charges have rarely stuck in most of the cases, but the process itself becomes the punishment,”- Jayshree Bajoria, co-writer of a Human Rights Watch report on “stifling dissent” in India.

Over the course of half a century, the Supreme Court of India has continued to limit the ambit of sedition and narrow its definition, however, the cases on sedition continue to be on the rise, becoming more arbitrary in nature.

In the near past, i.e. 2018, a folk singer was arrested on the charges of sedition for singing a song criticising the Prime Minister. In 2012, a cartoonist was charged with sedition for starting a cartoon-based campaign to support the nationwide Anti-Corruption Movement. Similarly, in 2014, at least 9,000 of the 23,000 people were charged with sedition for protesting against a nuclear power plant in the state of Tamil Nadu. More bizarre cases of sedition have been filed against people for acts like cheering for the Pakistani Cricket Team, calling a yoga guru a ‘thug’, et cetera.

Gautam Bhatia, a lawyer and scholar, In his book Offend, Shock or Disturb: Free Speech Under the Indian Constitution says, “The sheer breadth of its language allows it to be misused”.

The more unsettling and problematic aspect of mass arrests on sedition is the contrast between the number of cases filed and the convicts. The rate of a trial is more or less than 10% of all the sedition cases filed. Going by the numbers, between 2014-2016, out of the 179 arrested on the charge of sedition, only 2 were convicted; between 2016-2018, out of the 332 people arrested, only 7 were convicted.

More recently, the word sedition has been inter-linked with ‘dissent’ and ‘anti-nationalism’. Thousands of people have been arrested on being charged with sedition with no application of the guidelines put forth by the Hon’ble Supreme Court of India. The very nature of the sedition law and its implications require it to be applied with great caution. However, sedition is being used as a provision to control the protests. The instance of a principal of a school being arrested for sedition alongwith the mother of an 11-year-old child of that school, over a play on Citizenship (Amendment) Act (CAA) and National Register of Citizens (NRC) shows just how the law of sedition is misused.

A democratic country cannot shy away from criticism, discussions and dissent. Deliberative dialogue and plurality of opinion cannot be charged with sedition. Hon’ble Justice D. Y. Chandrachud, speaking at the Gujarat National Law University rightly said, “The destruction of spaces for questioning and dissent destroys the basis of all growth – political, economic, cultural and social. In this sense, dissent is a safety valve of democracy”. Adding, “The blanket labelling of dissent as anti-national or anti-democratic strikes at the heart of our commitment to protect constitutional values and the promotion of deliberative democracy”.

The law of sedition criminalizes free speech. The country that bequeathed sedition on India, i.e. United Kingdom deleted its seditious laws in 2009-10. Be that as it may, arguments in favour of sedition can be put forth, however, the current practicality of it is against the very nature of democracy.

The provision of sedition is supposed to prevent violence, public disorder and protect peace & security; but, lately, it has become a law of thought-crimes. In 2018, the Law Commission aptly held:

“In a democracy, singing from the same songbook is not a benchmark of patriotism. People should be at liberty to show their affection towards their country in their way. For doing the same, one might indulge in constructive criticism or debates, pointing out the loopholes in the policy of the Government. Expressions used in such thoughts might be harsh and unpleasant to some, but that does not render the actions to be branded seditious,”

“Every irresponsible exercise of right to free speech and expression cannot be termed seditious. For merely expressing a thought that is not in consonance with the policy of the Government of the day, a person should not be charged under the section. Expression of frustration over the state of affairs, for instance, calling India ‘no country for women‘, or a country that is ’racist‘ for its obsession with skin colour as a marker of beauty, are critiques that do not threaten the idea of a nation.”