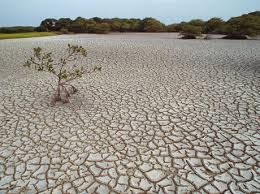 While the right to clean water is interpreted as a fundamental right, the theory of it does not connect with ground reality. In 2015, India had highest population without access to clean water, despite being the first country to consider it as a fundamental right.[i] There are three major reasons for water scarcity in India. The first factor is the lack of water itself; India ranks 13 among the 17 worst affected countries dealing with water scarcity, a list that includes countries where large swathes are deserts such as Saudi Arabia.[ii] The report further states nine Indian states and union territories as having “extremely high” water stress. These nine states are the areas where most of India’s population is concentrated. The ground water level in these states are critically low[iii] and rivers are polluted, leaving a large part of the population with access to clean water.

The problem of water scarcity is further accentuated by the ill-management by the state. To state a few examples of ill management, in India, only a small percentage of households are connected to water pipelines. These pipelines are not maintained properly and 40% of water in these pipelines is wasted due to leaks in pipelines[iv]. India has also not been successful in collecting rain water, which has the potential to answer much of India’s water vows. In 2019, Prime Minister Narendra Modi acknowledged that in India only 8% of rainfall is being utilised and harvested.[v]  Following the similar story to that of pipelines, the dams built for rainwater harvesting are prone to leakage resulting in a small proportion of rainwater collection.

Among the recent measures taken to ensure clean drinking water is the National Rural Drinking Water Programme (2009). The programme aimed to cover 50% of all rural households with piped water supply by 2017.[vi] While the goal has been achieved, access to pipelines does not mean access to clean water. Only 18% of rural population provided potable drinking water by piped water supply. In the harsh summer months, the percentage decreases further with many being left without water. [vii]

In the near future, India’s water vows are only set to increase. The Asian Development Bank has forecast that by 2030, India will have a water deficit of 50 per cent.[viii] The state needs to upgrade water management systems as well as technology to recycle used water or sanitize the polluted river waters.

Previous articleProhibition of Employment as Manual Scavengers and their Rehabilitation Act, 2013-Just a hypocrisy?
Next articleAnti-poor bail system in India