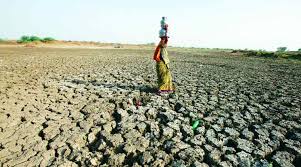 “When the well is dry, we will know the true value of water “

Water is the elixir of life. Without water, life would not sustain. It is also interlinked with day to day human activities such as cleaning and cooking which is an integral part of life. In recent times, this elixir of life, is under threat. Some areas face a serious problem of water scarcity and in some areas the water that is provided is contaminated by pollutants. With the growing population and growing levels of pollution, clean water becomes a valuable resource.

Recognizing that life is attached to water by fine threads, Supreme Court through various judgments have declared clean water to be a fundamental right. The Supreme Court in 1984 declared ‘healthy environment’ as part of the ‘right to life’ under Article 21. [i] In Subhash Kumar v State of Bihar[ii], the Supreme Court of held that the right to live ‘includes the right of enjoyment of pollution-free water and air for full enjoyment of life.

The Supreme Court not just declared it a fundamental right but, imposed the duty on the state to ensure not only regulate water supply, but should also realize the right to healthy water and prevent health hazards (public trust doctrine).[iii] In Vellore Citizens’ Welfare Forum v. Union of India, the tanneries were directed to pay compensation the victims of water pollution caused by the tanneries (polluter’s pay principle) . Perhaps a shocking case where the right to clean water was applied was the Narmada Andolan case[iv], the Supreme Court allowed the project giving preference to right to clean water over massive felling of trees and other environmental consequences.

Over time the world also accepted the right to clean water a basic human right. In 28 July 2010, the United Nations General Assembly explicitly recognized the human right to water and sanitation and acknowledged that clean drinking water and sanitation are essential to the realization of all human right.[v] However, despite developing environmental jurisprudence which went on to inspire the world, India has failed to secure this right for its citizens. The failures of implementation will be explored in the next part of this article.

[i] Bandhua Mukti Morcha vs. Union of India case

Previous articleIllegal sand mining in India
Next articleProhibition of Employment as Manual Scavengers and their Rehabilitation Act, 2013-Just a hypocrisy?