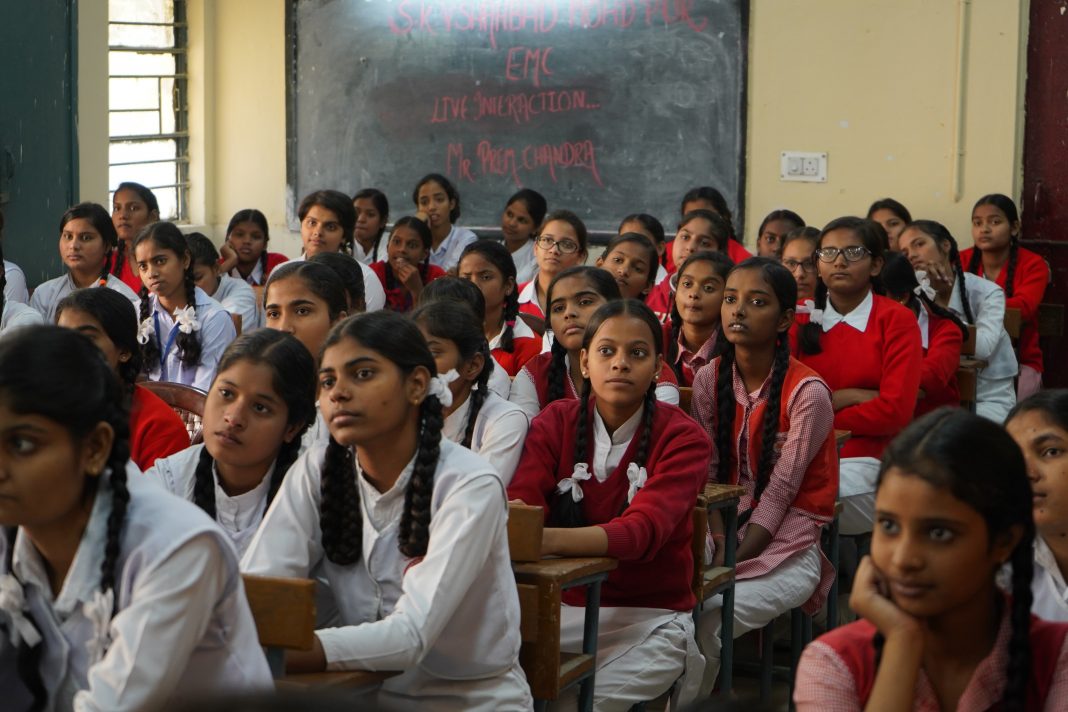 Recently, the Central Board of Secondary Education (CBSE) has reduced the Syllabus of Classes 9 to 12 by a whopping 30%; incorporating suggestions from the National Council for Educational Research and Training (NCERT).

One of the major suggestions by the NCERT deals with the scrapping of Separatist Politics and incorporation of the Abrogation of Article 370; in the Political Science textbook of Class XII titled ‘Politics in India Since Independence‘.

Changes made by NCERT :

Majorly, the following changes have been made to the curriculum for the Class XII by NCERT:

Changes in portions on Jammu & Kashmir

Other than the changes to the Class XII Textbook, there have been fundamental changes to Class X and XI Syllabus.

For Class X, chapters that deal with democracy and diversity; gender, religion and caste; popular struggles and movement; and challenges to democracy, have been deleted.

For Class XI, the chapters on federalism, citizenship, nationalism, secularism and growth of local governments in India have been deleted.

The Education Minister of Delhi, through his written statement, condemned such omission. Additionally, he said that CBSE provided no no sufficient rationale to justify why those particular chapters and Sections were removed from the book. Even though the the Education Minister himself suggested scrapping of some portion of the Syllabus he has openly disapproved of these actions. Further, he stated that topics that hold such importance in contemporary context that it is imperative that the children learn it from an authentic source, rather than hearsay over social media platforms.

In view of the controversy, the HRD Minister has tried to clear the air by saying that the main aim of such reduction is the relaxation of stress on the Students. Additionally, he referred to the controversy surrounding such exclusion as ‘sensationalism by connecting topics selectively to portray a false narrative‘. But with the removal of topics such as Nationalism, Secularism, Citizenship, etc. we know that there is a larger motive behind such an action. ‘It is our humble request: #Education is our sacred duty towards our children. Let us leave politics out of education and make our politics more educated‘, he says. But leaving politics out of Political Science absolutely derails the whole motive behind teaching it to the future generations.

The territory of Jammu & Kashmir has always been a matter of dispute between India and Pakistan. Accordingly, its history, geography and politics has shaped it to be the territory that exists today. Thus, the removal of integral portions of political history of the region is an injustice to the hardships and turmoil that the territory and the people of Jammu & Kashmir have been facing from time immemorial. The removal of topics important in the contemporary context raises questions about the arbitrariness of the decision so made by the HRD Minister.

Even though there an explanation has been given for the controversial step, it seems like the Government wants to keep the future generations in shadows of the political voids they were unable to fill. The removal of such sensitive topics has far greater implications than just the reduction in the alleged burden on children. To understand how and why where we stand, politically, is important for every citizen of the country. Therefore, it is essential for every citizen of the country to understand democracy, federalism, diversity, citizenship, what nationalism stands for, castes and religion.

Also, understanding these terms and what they stand for help a child turn into an informed citizen. Of course, children need to learn all aspects pertaining to the creation of Jammu and Kashmir to form an opinion and political views on the same agenda. Without well-informed opinions and a basic understanding of democracy how can one use his/her right to freedom of speech and expression or any other rights?

Nikita Singh Gautam
I'm a Law student from Vivekananda Institute of Professional Studies. I'm here to learn more about this world, as are you. I have an inclination towards the field of Criminal Law. Other than that, poetry and photography have always intrigued me.