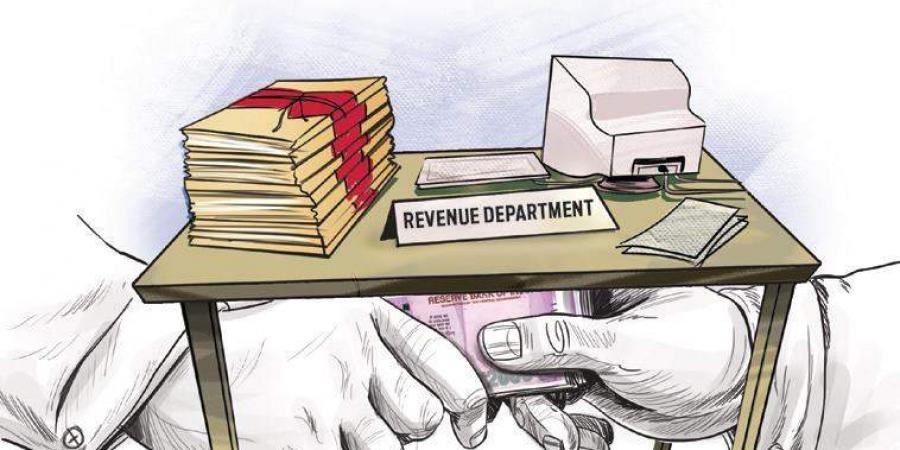 Corruption/ Money Laundering remains an issue everywhere throughout the world. Corruption like bribery and theft of public goods generate an additional, illegal amount of revenue. Consequently, this revenue is laundered to enter the economic system without the shame of illegality. It remains prevalent in big industries; as well as in low-salaried officials, as a mode to increase their revenue. To an extent, employees who indulge in the practice of corruption justify it as a means to “sustain” their families.

Corruption exists in all sectors; in the government sector, education system, police system, health care, the judicial system, corporate sectors, etc. According to the reports of the Global Corruption Barometer survey; the highest being the Police, Legislature, and Government Officials. People face corruption so much so; that people even try bribing innocent officials to get their work done faster. Time remains more valuable than money and morals, right?

A bribe is like human blood to the tongue of a lion, after which the lion cannot resist killing humans. However, there are occasions where people give cash and take a cheque in return for the amount given. Since money-laundering activity is capable of corrupting a chain of monetary institutions. This provides enough explanation, for having an anti-money laundering law; which acts as a slow poison, though to some it may seem like a power vitamin.

WHY IS THERE AN INCLINATION TOWARDS BRIBERY & CORRUPTION?

The more developed society, the higher the standard of living of the people. People want more money to satisfy and maintain their extravagant needs. Inevitably, it encourages corruption and bribery in every sector. The unprivileged category who are worth giving a chance is unable to get it. Because the privileged category got that chance by bribing the officials. To elaborate, a person from the lower strata of the society works for a job to end his poverty; however, to get the job to earn money he needs money to outbribe the official who stands bribed by someone with the money.

Bribery and corruption continue as students move from primary school to higher levels of education. It is common for university admission to require paying bribes to the admissions committees termed as “donation”. Non-bribing or poor students may find it more difficult; to obtain employment if their university has a reputation for corruption.

Favouritism and Nepotism remain prevalent, too. This refers to a person favouring one’s relatives and friends to jobs. This remains a major reason why deserving candidates fail to get jobs. An example would include hiring or promoting a family member or staff member to a role they are not qualified for, who belongs to the same political party as you, regardless of merit. Again, unfair but prevalent practice.

The anti-money laundering system is abused by launderers, who tend to move their networks to countries and financial systems with weak and ineffective measures. Therefore, Money Laundering has a negative effect on the economic growth within the sector. In regards to diverting capital to less productive activity and also by aiding domestic corruption and crime which in turn reduces the overall development of the country.

IS DEMONETIZATION A WAY OUT?

Our Prime Minister introduced demonetization to curb corruption and money laundering. The three main objectives to introduce demonetization were to fight black money, corruption, and terror funding. In effect, people started searching for loopholes in it. Regardless many people lined up friends, domestic helpers, and even relatives who agreed to legally exchange the cash. Into small enough chunks to avoid inspection from banks. Since there were conditions on the limit of deposit.

As a matter of fact, the main reason was not only to avoid income tax but also not to be checked by the officials. Nevertheless, the Income Tax department captured Rs. 474.37 crore in new and old currency from November 9, 2016, to January 4, 2017 (the demonetization period). In August 2017, the government declared nearly Rs 3 lakh crore that remained out of the banking system; deposited in banks post-demonetization. It claimed that over Rs 2 lakh crore of black money reached banks. How much truth these claims hold remains a flimsy ground. However, of course, corruption reduces the returns of productive activities. Thus, if the returns to production fall then the corruption increases.

In the Indian Economy, the laws dealing with corruption and money laundering are the Prevention of Corruption Act 1988  and the Prevention of Money Laundering Act 2002. However, the loopholes in such acts do pave away for corrupt officials and money launderers.  There is no one model to follow to end corruption of all sorts. Nonetheless, education, transparency, would go a long way.

One way of ensuring transparency is the use of digital transactions. Whereas, loopholes might be found in such on-record transactions as well; yet it has taken corruption down a notch with the introduction of governmental sites and e-commerce. On the other hand, one can always look up to developed countries with less or no corruption.