Lacunae in States’ Regulations and Health Infrastructure for Battling COVID-19: Incidents and Insights 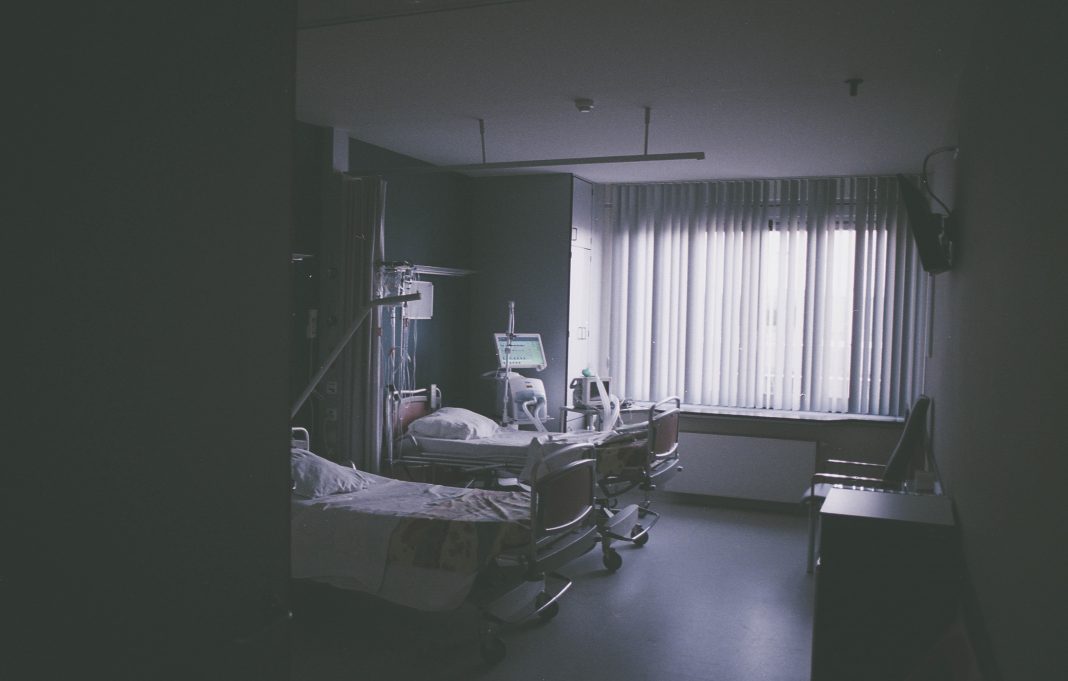 India is indeed hypnotised by the baby steps it is taking to cope with COVID-19. Yet, there always remained certain loopholes, that haunt the nation till date. Pseudo-science is followed by both the vulnerable as well as the educated class of the society. This eventually gave rise to racism against Indian foreigners and north-eastern citizens for various unreasonable reasons.

Are persistent regulations sufficient to handle the COVID-19 pandemic?

By mid-April, India was perfectly ready to fight this outbreak. Ministries set up Healthcare units and created a hotline number. The country sealed its borders barring foreign entries. What happened in 2 months was a series of events piling up and a ton of people blaming each other for the failure. This led to a sudden upsurge in COVID-19 cases.

In fact, the Union ministry of health and family welfare presented an extensive Public Health (Prevention, Control and Management of epidemics, bio-terrorism, and disasters) Bill to discuss the lacunae in the adhered laws. The outmoded four sections of the Epidemics and Disaster Act, 1897, are ambiguous and insufficient. There is no clear definition of “dangerous” epidemic in the Act as well. Moreover, it gives unwarranted powers to the State to pass erroneous ordinances and regulations for its citizens. Similarly, the Disaster Management Act, is highly comprehensive for a specific geographical outbreak that does not last for long. The Bill thus passed, demands for a fresh outlook about the pandemic.

Public health experts claim that the system is trying to create a trust by increasing its expenditure. Certain sections of the population have to leave their houses for committing to their duties. Besides, the vulnerable sections have to step outside and earn some money for their living as well.

As of May alone, there were 41 laboratories in West Bengal that conducted tests of samples to determine Covid-19 infection. Officials tested both symptomatic and asymptomatic patients. However, what strikes down the efforts is the mystified infrastructure and execution of health care sector. After the tests are complete, the officials deposit it with the health department. Although, the results do not match with the number of tests.

Furthermore, a considerable amount of delay in formulating test results, has increased the chances of community transmission. In June, various resident doctors went on strike against the state. A few of them have even given their resignation owing to the rising cases of abuse and assault over doctors.

Loopholes in the AAP led government in Delhi.

One of the residents at New Delhi, expressed her grievous story in a Facebook post. She states that her COVID-19 positive grandmother home-quarantined herself for some days. Eventually, as her health deteriorated, they went on for a search for a bed and treatment. The appalling truth is that the reputed “Shri Ganga Ram Hospital” denied them beds due to unavailability. However, later they informed her about the 12-15 lakhs package for the admission of the patient. Amidst such a situation, the Government has relaxed the lockdown regulations. “Above all, the state does not have sufficient beds and PPE kits as well”, she exclaims.

Case covered in Court On Its Own Motion v. State Of NCT Of Delhi & Ors

In another instance, covered in the case of Court On Its Own Motion v. State Of NCT Of Delhi & Ors, order has been passed, directing the Central Government and the GNCTD, to disclose their status reports based on a video clipping by one Dharmendra Bharadwaj. He states:

“A person who, or whose family or friend is found Covid-19 positive, should be able to call the helplines to not only report such occurrence, but to also seek guidance and assistance with regard to the hospitals to which such patient may be taken. The helplines should render meaningful and effective help to the callers.”

Dharmendra was struggling to find a ventilator and hospital bed for his COVID-positive mother. The video is a fine example of the infrastructural drawback of the health care sector.

A foreign YouTuber residing in Delhi, also busts the reality of testing in Delhi. In a video, he exclaims how the Arogya Setu App misleads the people regarding availability of testing hospitals. When he finally tests positive, the National health Authority called him on his registered mobile number and changed the entire outlook of his App. There was no possibility for him to update his status even after possible recovery.

Recollecting the mortuary situation in LNJP Hospital at New Delhi, hospitals piled up 108 bodies and threw several of them in passages. Additionally, there are worries about the apathy of the Delhi government and the AIIMS administration as well. It’s not only the lack of PPE kits but also the safety of the health care workers that is agonising.

What is more intimidating is that the State has itself predicted that by 31st July, 5.5 Lakh cases of covid-19 would demand 80000 beds in total. Yet, it is very clear as to how the AAP led Government is politicising the whole situation. Affirmed to be a target, the CM is constantly finding his way out of the public scrutiny. Introducing irrational regulations and using the victim card, the CM is avoiding the limelight yet again. The chronology starts from his silence in CAA protest to the South-east Delhi riots and now this. The government have indeed forgotten the seriousness of the pandemic in the nooks and corners of the State.

The upsurge of Covid-19 cases has doomed the dream city of Mumbai, Maharashtra. As on May 26, 2020, reports from different newspapers highlighted that private doctors are denying prescription for Covid-19 tests. Scared of hitting with backlash from BMC, even citizens are refraining from getting tested. Moreover, BMC insisted on sticking to physical examination and avoid video consultation. This has drastically reduced testing in the State.

False positives have triggered the minds of several residents of Thane as well. An individual was tested positive by a private lab in Mumbra region. However, later his tests were negative in the Thane Municipal Corporation reports. There are cases where people have committed suicides after procuring positive results. Despite high recovery rates, negligence of the State authorities have brought their lives to the abyss.

Mumbai’s hospitals have proved to be the realities of turmoil in India. From corpses lying in the hallways to patients sleeping on the floor, it is getting worse, as time passes. A twitter video by Nitesh Rane shows the blatant vision of Sion hospital where patients sleep with dead bodies for treatment.

The chaotic situation of the states has exposed the largest slum of Mumbai, Dharavi to scrutiny. The deeply-settled slum infrastructure is now a breeding ground for this deadly pathogen. The doubling rate of cases has risen to 44 days for Worli-Koliwada and 38 days for Dharavi. The officials have confirmed the reduction of cases and predict it to reach to zero very soon. If residents keep conforming to the rules, Mumbai can cope up with the pandemic.

Kerala successfully coped with the country’s first three positive cases, all medical students from Wuhan where the virus broke out. They followed a systematic protocol to trace these persons towards a 28 day self-quarantining. It is commendable that the health ministry took all efforts in finding all persons returning to the state from infected areas. After successfully fighting against the nipah and zika virus in the past, it has adapted an essence of supremacy and resilience.

From Kudumbashree to Cheaper testing kits, Kerala has touched heights to be a UN-praised state of India. States must necessarily adopt the scientific strategies of the Kerala Government. An ego-centric statesman cannot possibly pave it’s state’s path towards recovery, can it?

In a horrifying incident at Ahmedabad, a COVID-19 positive man died at a bus stand. Explicitly, since he was asymptomatic, the hospital abruptly sent him back for self-quarantining. Later, he halted at a bus stop. The security guard found his body lying unattended. The family of the 67 year old lashed out at the hospital for not informing them about the same; understandably so. Moreover, the hospitals unabashedly, asked them to wrap the body with plastic sheets for cremation. At the same hospital, earlier, 25 coronavirus patients waited on the streets for 6 hours and subsequently denied treatment.

Mishandling of Dead bodies: Embodiment of Article 21 and the right to die with dignity

On 8th June, 2020, Dr. Ashwani Kumar, Senior Advocate at Supreme Court and Union Minister, had written a letter, heard by Hon’ble Chief Justice S.A Bobde, on “the tragic and condemnable sight of COVID-19 patients mistreated and mishandled across the nation”. It has highlighted the need for reinterpreting the right to life and right to die with dignity as under Article 21 of the India Constitution. He requested the Court to take Suo-Moto notice of the matter.

In the hearing of the Writ petition as scheduled on 12th June, 2020, the presiding corum included Hon’ble Mr. Justice Ashok Bhushan, Hon’ble Justice Sanjay Kishan Kaul and Hon’ble Justice M.R. Shah. In Paragraph 1 of the said order, the bench assessed the India TV video evidences where patients are in the wards and the dead bodies are also in the same wards. Dead bodies were also seen in the lobby and waiting area. As in accordance to the observations, the patients were not supplied with any oxygen support or any other support; no saline drips were shown with the beds and there was no one to attend the patients.

In a recent incident in Pondicherry on 4th June, 2020, a dead body was thrown in a pit for burial. An instance that should shock the conscience of the Republic committed to human dignity under the Constitution; which recognizes dignity as a core constitutional value at the pinnacle in the hierarchy of non-negotiable constitutional rights. Right to die with dignity embracing right to decent burial or cremation, is a fundamental right under Article 21 of the Constitution.

India has landed on a grey area, and experts predict it to be the 2nd most vulnerable countries of the world. The possibilities look unpredictable. Clearly, there seems no difference in the impacts felt on both black and white collared jobs due to this pandemic. The most vulnerable children as well as the wealthy man are vulnerable to the risk. The pandemic has promised to save none, but one can escape it’s turpitude by abiding to the vital quotients to safety.

Henceforth, individuals must, necessarily, proliferate mentally and adopt safety precautions and consider strategies to survive the pandemic. People from across the nation have faced the virus and evolved out of dangers as well. What is to be kept in mind is the need for being mindful citizens. This not only safeguards livelihood of one individual but also prevents further community spread.