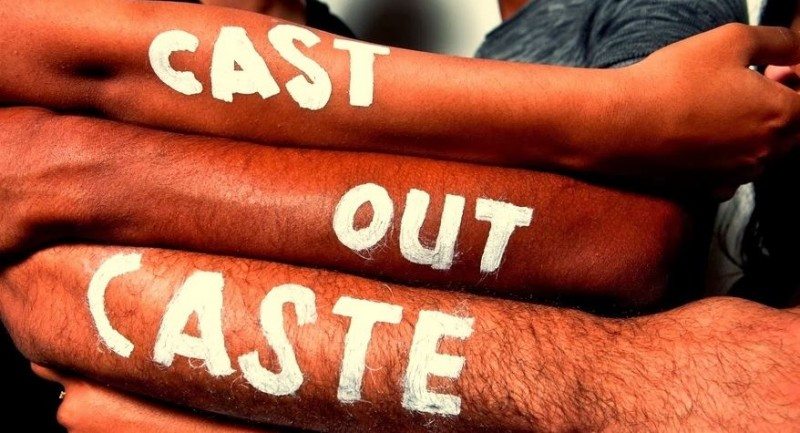 In simpler words, discrimination refers to the practice of unfairly treating a person or group differently from other people or groups of people. Often inciting hatred and hostility for a person or groups of person. Once the hatred triggered things start turning ugly. We must never forget the fact that discrimination has been the cornerstone of various historical tragedies.

Now, one would assume that with the advent of social media; so much awareness of the atrocities of discrimination, people would be over it. So questions like: Do people consider every human being as equal? Do people look beyond caste and creed of a person? Et cetera. You might think that, with time, discrimination is not so prevalent. Because you and your friends’ group might not support such social evils. Some assume that it remains prevalent, but only in rural areas.

However, factually, discrimination still stands on its feet, even today in 2020; not restricted to rural areas, it spreads across progressive cosmopolitan cities too.  Until we don’t acknowledge its existence, we cannot rectify it. There may not be open policies reflecting discrimination or outright attacks in the modern age; nonetheless not acknowledging the subtle, nuanced forms of it, will prove to be detrimental to the society.

Discrimination is not only violative of Fundamental Rights but also Human Rights. Article 15 of the Indian constitution talks about the prohibition of discrimination (unreasonable differentiation). Despite Prohibition of Discrimination being Fundamental and Human Right; it still lurks around. Recently, a female doctor of AIIMS, Delhi attempted suicide alleging harassment and caste discrimination. Just think of residing in a progressive city like Delhi and facing discrimination based on caste by your colleagues. How does it feel like? I don’t think it sounds progressive. A former BBC Hindi employee accused the media organisation of caste discrimination, which, he alleged, drove him to depression. In August last year, Meena Kotwal, a journalist and a former employee of the organisation alleged that she lost out on a contract at the media house because of her caste.

Students of a primary school in Uttar Pradesh’s Sitapur district refused to eat the mid-day meal prepared by a cook from a Scheduled Caste, following which the food was discarded. In the 2019 Global Hunger Index, India ranks 102nd out of 117 qualifying countries. With a score of 30.3, India suffers from a level of hunger that is serious. Nonetheless, the afore-going incident depicts how caste prevails over hunger in India.

Apart from caste discrimination, religious discrimination is one of the evil which has time and again grappled the nation. The minorities despite granted with various fundamental rights have been the victim of discrimination. Lynching in the name of cow slaughter, moral policing in the name of absurd terms like love jihad. Indian Muslims remain discriminated. As per a 2015 news article, a woman from Gujarat was denied a flat in Sanghvi Heights apartments in Mumbai’s Wadala area for being Muslim. In another article from 2016, a housing society in Vasai objected to a Gujarati flat-owner selling her home to a Muslim family and sent her a signed letter ‘advising’ her not to do so. And in most recent incidents Kashmiri Muslims faced housing discrimination in Delhi after the abrogation of article 370; a Muslim Activist was denied flat in Delhi after CAA NRC outrage.

Religious discrimination remains prevalent in employment as well. As per a report from 2015, a young MBA graduate was denied employment in a diamond export company for being a Muslim. Al Jazeera reported in 2017 that a Muslim social worker was denied a job at an orphanage in New Delhi because of her hijab.

Discrimination Amid a Global Pandemic

While the whole world facies challenges of COVID-19 outbreak, India faces both Corona and discrimination virus. A person in a quarantine centre in Uttar Pradesh allegedly refused to eat food cooked by a Dalit. Moreover, a Dalit family in Haryana was attacked for allegedly not following PM’s call to turn off lights; accused attacked the family and used casteist slurs.

Tweets with the hashtag CoronaJihad have appeared nearly 300,000 times and potentially seen by 165 million people on Twitter. According to data shared with TIME by Equality Labs, a digital human rights group. After, authorities linked dozens of cases of COVID-19 to a Muslim missionary group that held its annual conference in Delhi in early March. Videos falsely claiming to show members of the missionary group spitting on police and others quickly went viral on social media, exacerbating an already dangerous atmosphere for Muslims. A cancer hospital in Uttar Pradesh’s Meerut had put out an advertisement that it will not take in new Muslim patients if they don’t come with a negative test result for COVID-19. Facing ‘Social Boycott’, Himachal man hanged himself a day after testing negative for the novel Coronavirus.

Moreover, MPs and MLAs used discriminatory remarks for the minority community amid the pandemic. A Bharatiya Janata Party MLA from Uttar Pradesh’s Deoria was caught on camera suggesting people of his constituency to not buy vegetables from Muslim vendors. Just a day after the state BJP issued a show-cause notice to a party legislator for urging people not to buy vegetables from Muslim vendors, another MLA was seen harassing a vendor and threatening him to go away after it was revealed that he was from the minority community.

The Organization of Islamic Cooperation in a statement expressed “deep concern” about rising anti-Muslim sentiments and Islamophobia within political and media circles and on mainstream and social media platforms. The Minority Affairs Minister Naqvi said that everybody’s “cultural, social, religious” rights were “completely safe and secure.” He called the harassment and attacks isolated cases and said, “the people who are doing all these things is not correct.”

In a post on LinkedIn on Sunday, Modi said COVID-19 presented a “common challenge“. “Covid-19 does not see race, religion, colour, caste, creed, language or border before striking,” he said. Adding, “Our response and conduct thereafter should attach primacy to unity and brotherhood. We stand in this together.” Several state leaders also condemned the spread of misinformation that’s targeting the Muslim community though many have stopped short of condemning the violence. However, that’s not the only group of people being discriminated amid the pandemic. That leaves us with the question: If a predatory enemy to our species can’t unite everyone to fight it. One cannot help but wonder what hope remains for civilization?