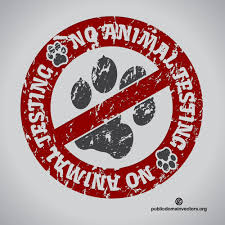 “The greatness of a nation and its moral progress can be judged by the way its animals are treated. Vivisection is the blackest of all the black crimes that man is at present committing against God and His fair creation…………I abhor vivisection with my whole soul. All the scientific discoveries stained with the innocent blood I count as of no consequence.”

Animals have played a very important role in the life of human beings. Some argue that experimentation in animals has given us enormous information and knowledge that made it possible to understand several diseases. It is also noted that animal data  are  not  being   translated   to   successful   clinical   outcomes,   as  evident  from  failure  rates  of  over  90  per  cent  between  nomination  for  phase  I  clinical  trials  and  approval  of  new  drugs.[i]

Animal testing is possibly one of the worst things an animal can be subjected to. They live in  captivity in cramped conditions, often without access to water and proper lighting . Injuries in these animals are quite common.

In 1959, Russell and  Burch released a  book titled ‘The  Principles  of  Humane  Experimental  Technique’,   it first   introduced   the   concept   of 3Rs  –  Replacement,  Reduction,  and  Refinement  of animals  in  experimentation. Along the same line, India formed the Committee for the Purpose of Supervision of Experiments on Animals. It was formed under Section 15(1) of the Prevention of Cruelty to Animals Act, 1960, is responsible for ensuring that ‘animals are not subjected to unnecessary pain or suffering before, during or after performance of experiments on them’.   Overtime, we have also inculcated a fourth R, that of Rehabilitation for the animals used in experiments

There have been many changes since the enactment of half a century old law.  People have become more aware about the adverse effects of animal testing. And, the call for animal rights has been stronger than ever. India has followed the Gandhian ideals, recognised the evils of animal testing and the technological developments. In 2013, India has banned the testing of cosmetic products sold in the country making it the first South Asian country to do so. This was acclaimed globally.  This was followed by India banned the import of cosmetics which have been tested on animals. In 2018, this ban was extended to testing of soaps and detergents on animals. [ii]

As one article notes:

The sequencing of the human genome and birth of functional genomics, the explosive growth of computer power and computational biology, and high-speed robot automation of cell-based (in vitro) screening systems, to name a few, has sparked a quiet revolution in biology. Together, these innovations have produced new tools and ways of thinking that can help uncover exactly how chemicals and drugs disrupt normal processes in the human body at the level of cells and molecules. From there, scientists can use computers to interpret and integrate this information with data from human and population-level studies. The resulting predictions regarding human safety and risk are potentially more relevant to people in the real world than animal tests[iii]