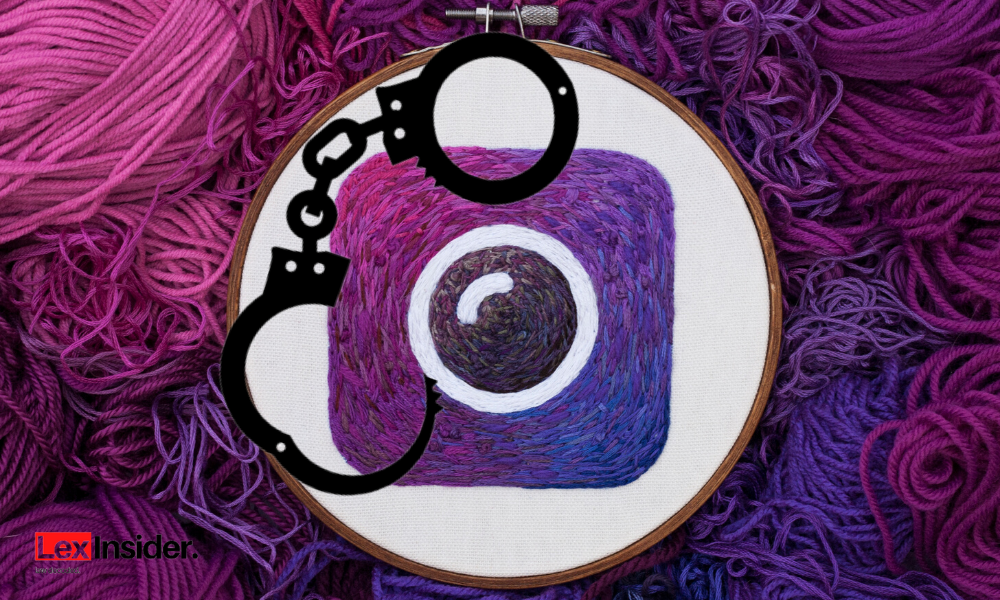 A scandal of epic proportions rocked social media this month. An Instagram group was revealed, where certain males passed lewd comments on and objectified girls, including minors. After a few screenshots from this group were leaked; a massive controversy kicked up, with prominent personalities weighing in on both sides. Although criminal proceedings have since been initiated, yet the incident raises very pertinent questions of law regarding cybercrime and juveniles.

The principal cybercrime legislation in India is the Information Technology Act of 2000, amended in 2008. Besides introducing various cyber offences in its statutory provisions, it amends sections of the IPC, Evidence Act, and other laws to make them up to date with new technologies. This includes acceptance of electronic records as valid in various cases such as forgery, and recognition of digital signatures.

The case against the Bois Locker Room juveniles has been registered under two sections of the IT Act:

In addition to these dedicated provisions, online acts may be charged under relevant provisions of any other law. For example, under the IPC for outraging the modesty of a woman, if lewd images are sent without consent. In this issue, a case was made under these provisions of the Indian Penal Code as well:

In the Bois Locker Room case, the Delhi Commission for Women took suo motu cognizance of the case and asked the police to conduct an investigation into the matter. The Delhi Cyber Cell subsequently registered a case. However, if a simple complaint had been made to the police station instead of engaging in the fruitless callout culture; if the callout could have at least waited until the complaint was actually made, the investigation could have been started much sooner.

However, here we see the same short-sighted gratification that has come to characterize the modern culture. Instead of setting the criminal justice machinery in motion, valuable time went to waste in naming and shaming. While there is no intention to suggest that calling out criminals is wrong, the sentence of the Court is and should be an essential prerequisite. Otherwise, it is a violation of legal rights to brand someone a criminal, no matter how obvious the crime is.

A juvenile is a person who is immature and underage. He does not yet have full understanding of his actions as an adult would. For this purpose, the criminal justice system for juveniles is necessarily separate from the adult system. The current legislation dealing with juvenile Justice is the Juvenile Justice Act, 2015. It defines a juvenile as a person who has not attained the age of eighteen years. A child in conflict with law is a person who has been accused or found guilty of an offence committed when he was a juvenile.

The Act provides that the State government shall establish a ‘Juvenile Justice Board’ in every district. The Board will consist of a Judicial Magistrate, 1st Class or Metropolitan Magistrate, also called the Principal Magistrate. Two social workers will assist him, forming a Bench, out of which at least one should be female. It is responsible for dealing with children in conflict with the law.

The Board conducts an inquiry when an apprehended juvenile stands before it. This inquiry must be conducted within four months. However, after recording their reasons in writing, an extension of two months can be obtained by the Board. When the offence is petty, having an allowance for imprisonment up to three years only, the proceedings must be terminated when no conclusive results are reached in six months. The Chief Judicial Magistrate may grant more time in all other cases, after recording his reasons in writing.

The Board then conducts a preliminary assessment if the child stands accused of a heinous offence; where the sentence prescribed is imprisonment of seven years or more. If the board finds a child’s mental capacity inadequate, it will dispose of the matter itself. Petty cases follow the procedure for summary trial. Serious and heinous crimes follow the procedure for a summons case trial.

If the child is found to have the requisite mental capacity in a heinous offence, the Board will pass an order suggesting that he be tried as an adult. The case will then transfer to an appropriate Children’s Court. If the Court deems the trial unnecessary, it will pass an appropriate order as a Board. The trial as an adult will take place according to the usual criminal justice procedure, if approved. However, until he has attained the age of twenty-one years, a child will not be sent to jail. He will instead be sent to a place of safety, and facilities for rehabilitation will be provided there.

There will also be a yearly review of the child’s condition by the probation officer, District Child Protection Unit, or a social worker. The child may be conditionally released at the age of twenty-one if he has reformed, instead of being sent to jail. A child cannot receive a sentence of death or life imprisonment. He cannot be jointly tried with anyone who is not a child.

The letter of the law is clear in the matter of juvenile justice. However, is the spirit of justice really served by following this procedure in such cases? The whole backbone upon which the separate provisions stand is the relative mental immaturity of minors. However, in this case and many others, the public had to ask itself if this distinction is really justified. It’s adequately clear from the circumstances that the accused in the case knew what they were saying and discussing very well, and intimately knew the possible consequences of their actions. Should such people still be considered juveniles?

A similar question was raised after one of the accused in the Nirbhaya rape case turned out to be a juvenile. Is a person capable of such brutality really deserving of this lax treatment? Unfortunately, the Courts, even while lamenting the letter of the law, had to stick to it. After a great deal of public pressure, the Juvenile Justice Act of 2015 was introduced. This Act attempted to correct things, on paper. But the actual provisions were very lukewarm and underwhelming, and the fundamental question was still not addressed. Should we stop distinguishing criminal liability on the basis of age? Is a case by case assessment of doli capax a better idea in modern times, as our understanding of the human psyche develops? Only time and the Parliament will tell.

As we can see, the excessively lax treatment of juveniles under Indian law is a matter of concern. The laws regarding crime in digital space also lack teeth. The IT Act requires periodic and rapid modernization, after due consultation with experts, to remain relevant. This is especially important, considering the last amendment to the Act was in 2008, before smartphones were even invented. A stronger, more comprehensive legislation that addresses cybercrime and other digital issues is required before India can prove a statutory haven for IT. There is also a need to address issues such as cryptocurrency, data privacy, and the dark web.

On the other hand, this blatant mollycoddling of underage offenders induces pure discomfort in sensible minds. While too much deterrence hardens offenders, it is also a known fact that too little encourages recidivism. Juveniles, especially those who have crossed the age of fifteen, need to be given more liability, in lieu of the greater freedoms they enjoy.

The recent callout and cancel cultures are also a cause for great concern. Anyone who believes in the legal process stands appalled at this extra-judicial system of trial in the court of public opinion. Steps need to be taken to protect the reputation and identity of an accused in a sensitive case as well. Stricter rules have to be made regarding badmouthing and assuming guilt, especially online and on social media, where ideas spread like wildfire. The tendency of taking advantage of people’s inherent goodness to push false and malicious complaints must also be prevented. Malicious complaint and prosecution must find their way into the books of criminal law as serious offences.