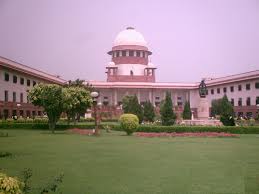 The Union Government is planning to set up an All India Judicial Service by March 2022. The Law ministry will complete the consultation process with the High Courts and Supreme Court to resolve issues and conflicts.[i]

The attempts to set up AIJS has always been opposed by High Courts. AIJS directly threatens the collegium system. If it is implemented, the tight grip that high courts maintain over the appointment of judges in their courtrooms will loosen. At the moment, judges in the lower judiciary (magistrate level) in most states are appointed through respective State Public Service Examinations. Appointments in the lower judiciary (sessions judges) are also done through entrance tests. But the higher judiciary (high courts and Supreme Court) appoint judges through a collegium. Some judges are promoted from the lower judiciary and some are inducted directly. The collegium decides the proportion and the process is quite opaque. AIJS threatens the authority of this collegium because it breaks regional boundaries. If implemented it will allow judges from any courtroom, from any state, to rise in ranks, thereby greatly reducing nepotism.[iii] It also has the potential to solve vacancies in the courtrooms. The lack of availability of judges in India, is one of the contributing factors for court delays.

The judges claim that AIJS will be problematic due to the language barrier. But, Justice Dhingra opined that this problem can be solved by providing regional language training to judges.[iv]